Germany’s Foreign Minister Heiko Maas’s visit to Tehran has grabbed the headlines of most of the Iranian dailies. Iran’s foreign minister has held talks with his visiting German counterpart in Tehran. On Monday, the two sides discussed regional and international issues during the meeting. Maas is also scheduled to meet Iranian President Hassan Rouhani. The visit is part of Europe’s effort to keep the 20-15 Iran nuclear deal alive.

Also a top story today was the Japanese prime minister’s visit to the Islamic Republic during the coming days.  Many believe Abe is on a mission to mediate between Tehran and Washington. The US and Iran are locked in a bitter standoff after president Donald Trump withdrew from a landmark nuclear deal last year. Japanese officials say Abe will not present Tehran with a list of demands, or deliver a message from Washington, but instead wants to position the Eastern Asian country as a neutral intermediary. 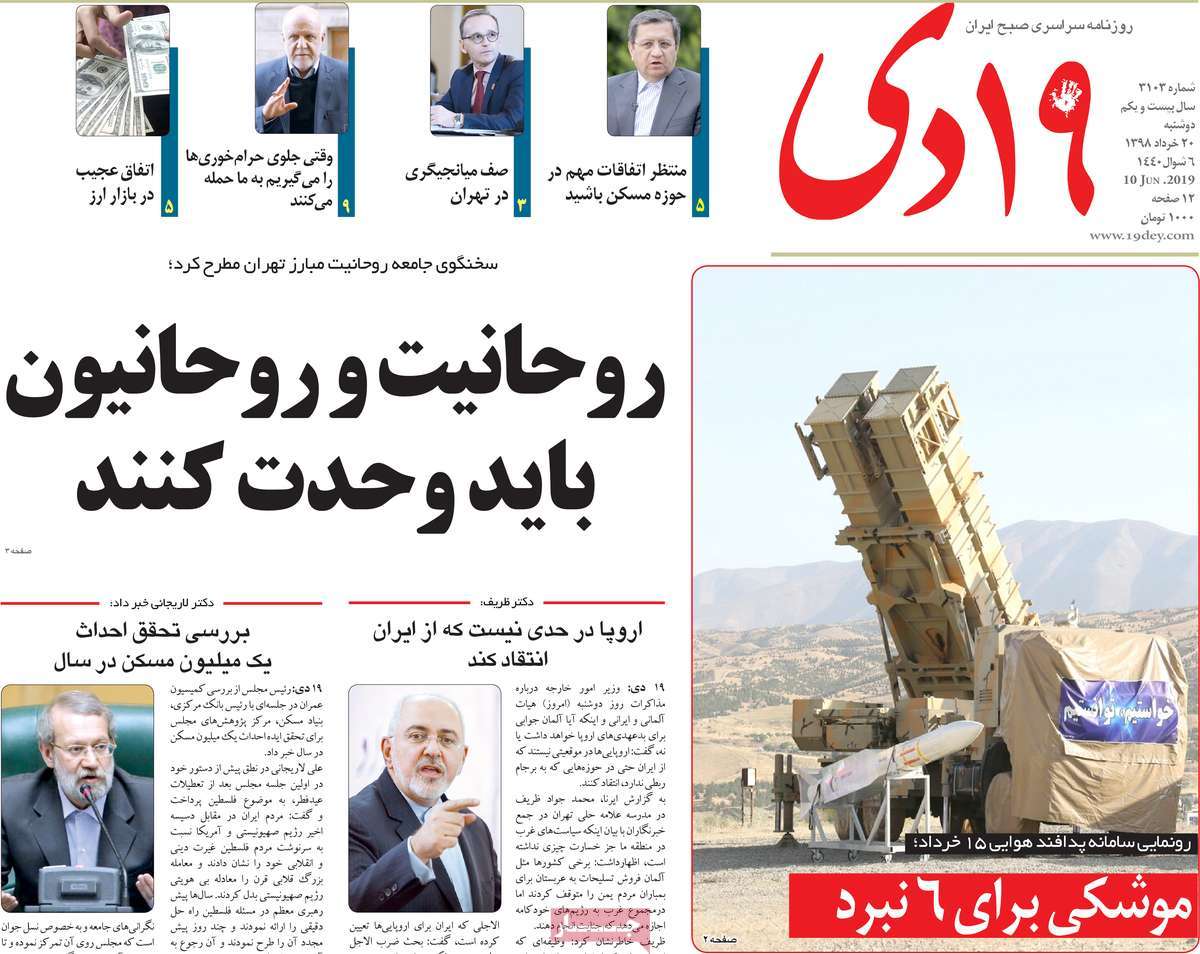 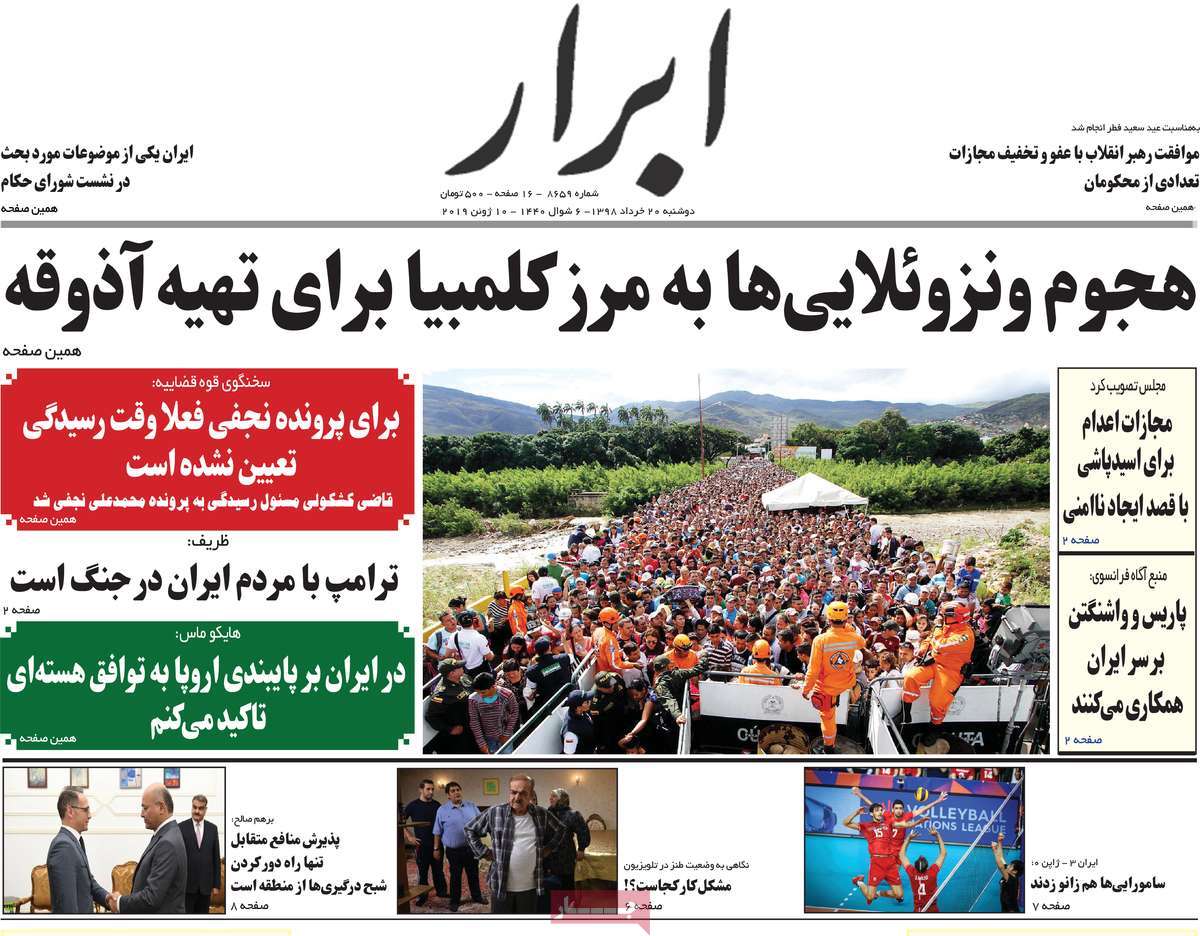 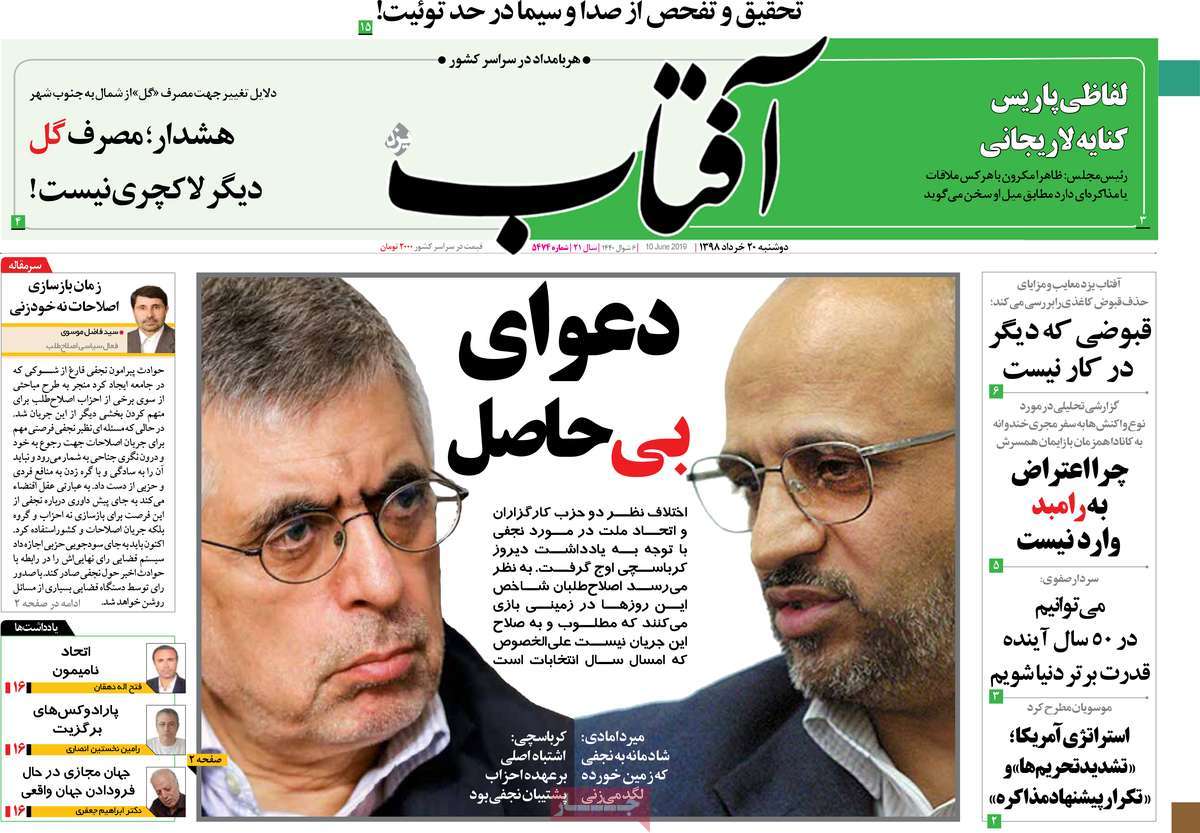 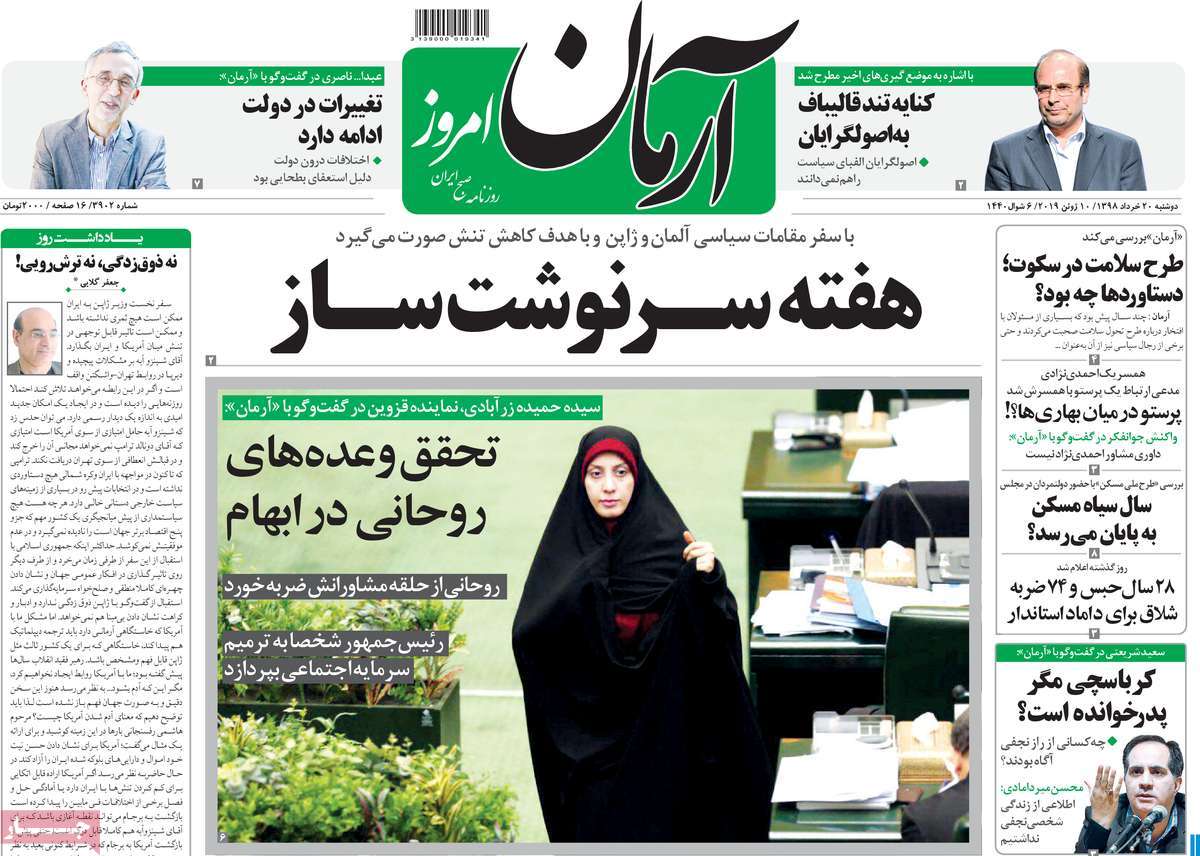 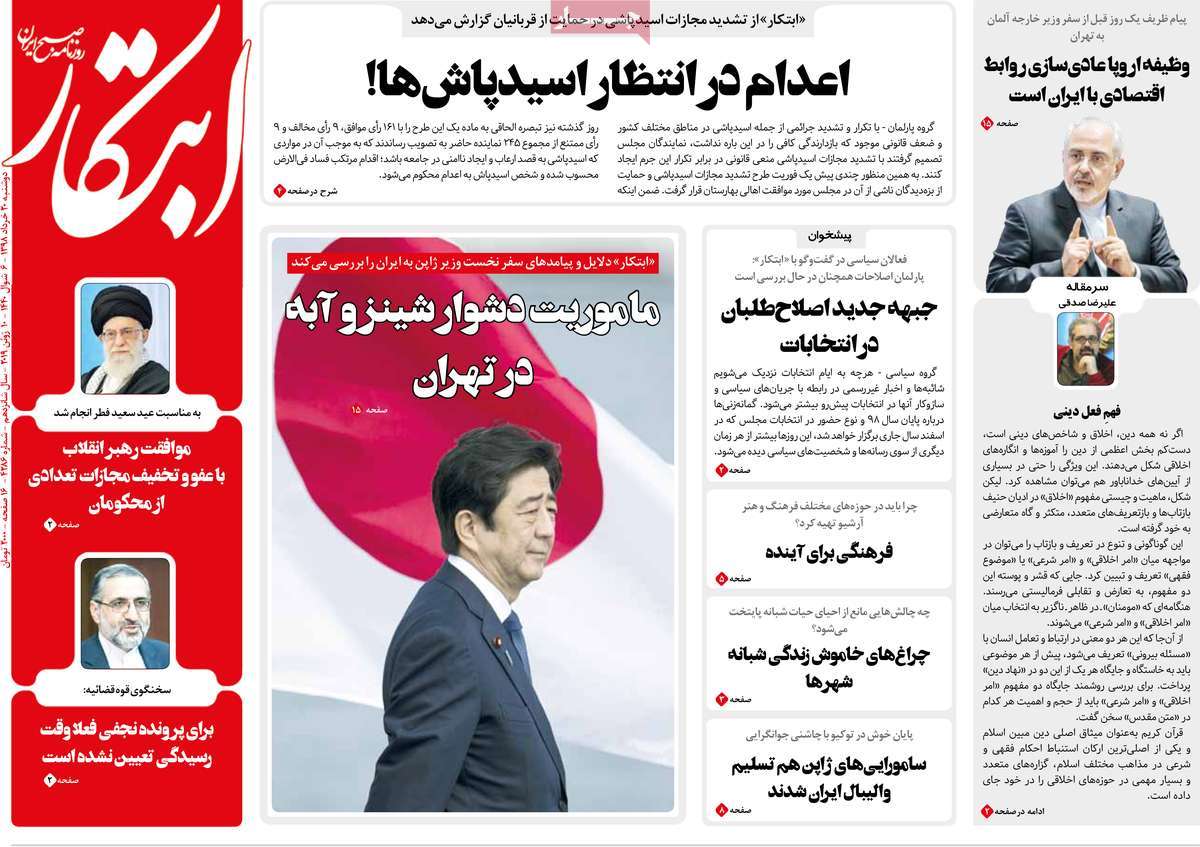 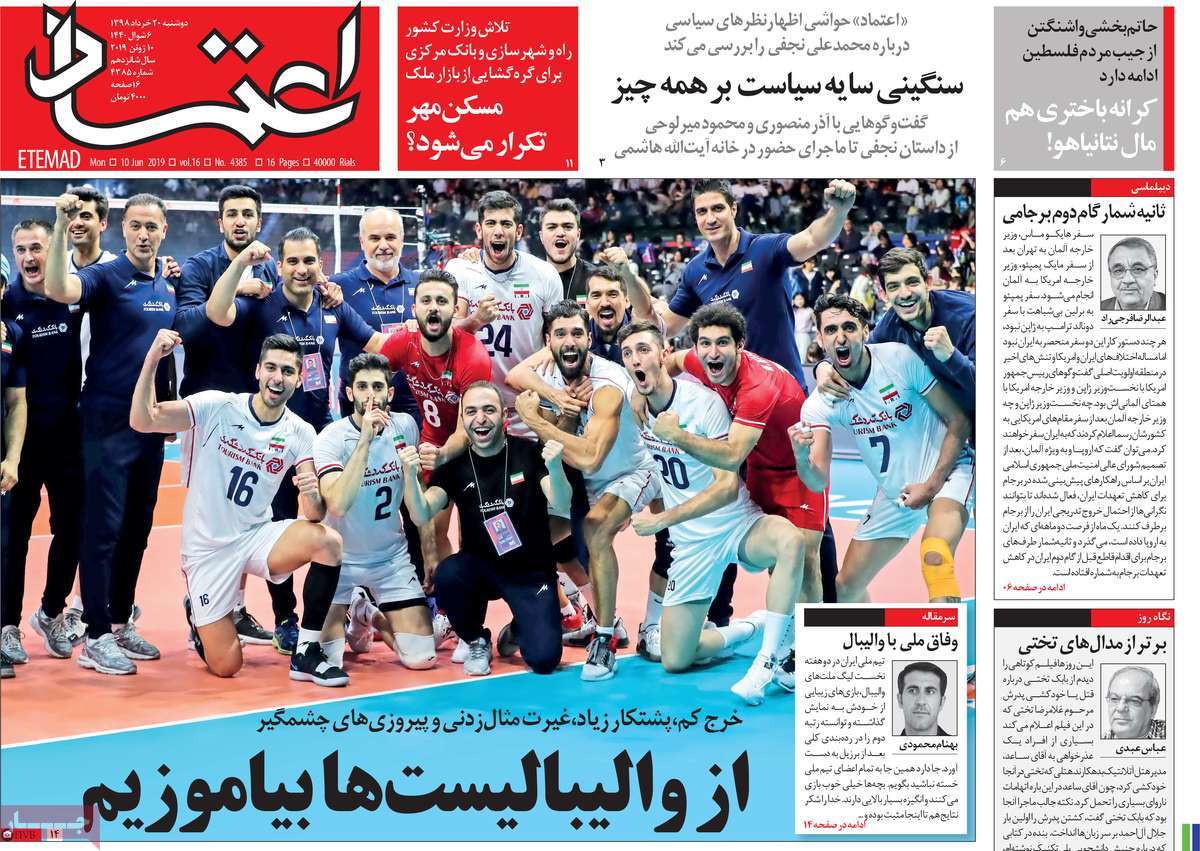 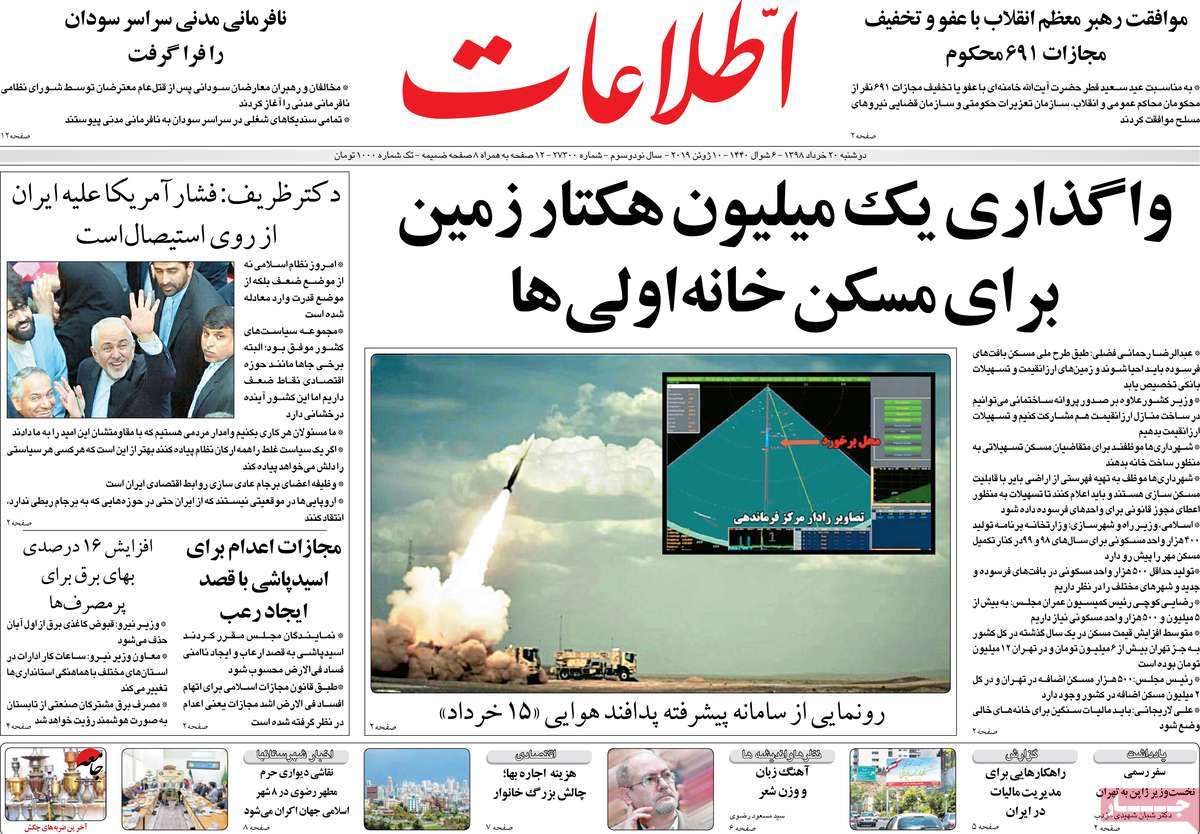 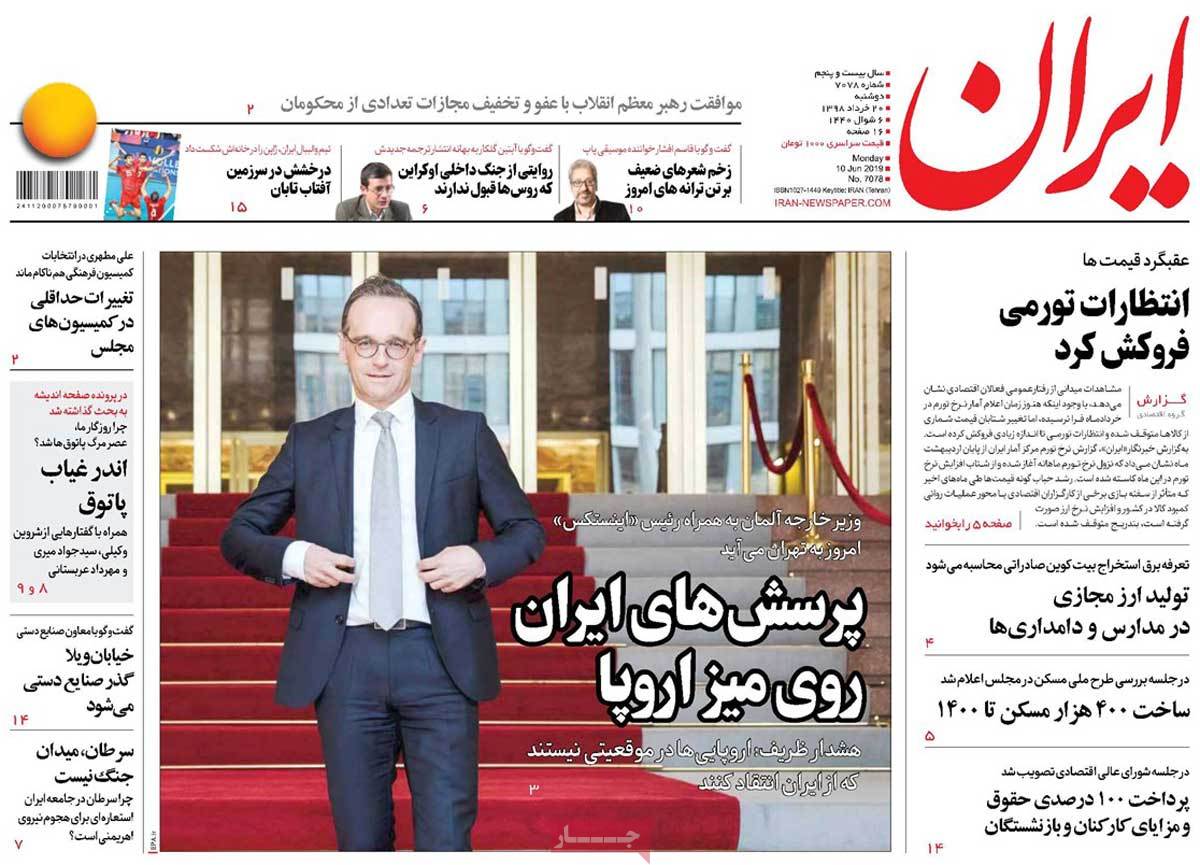 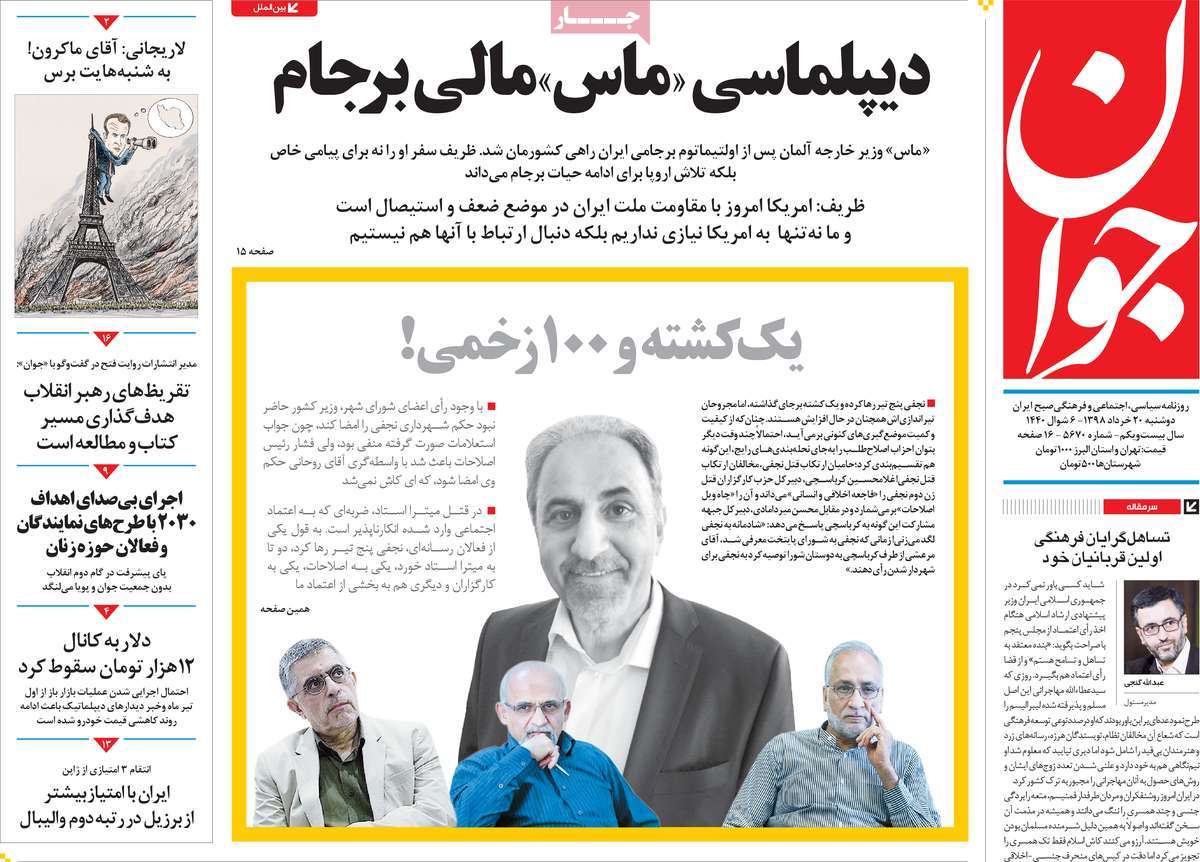 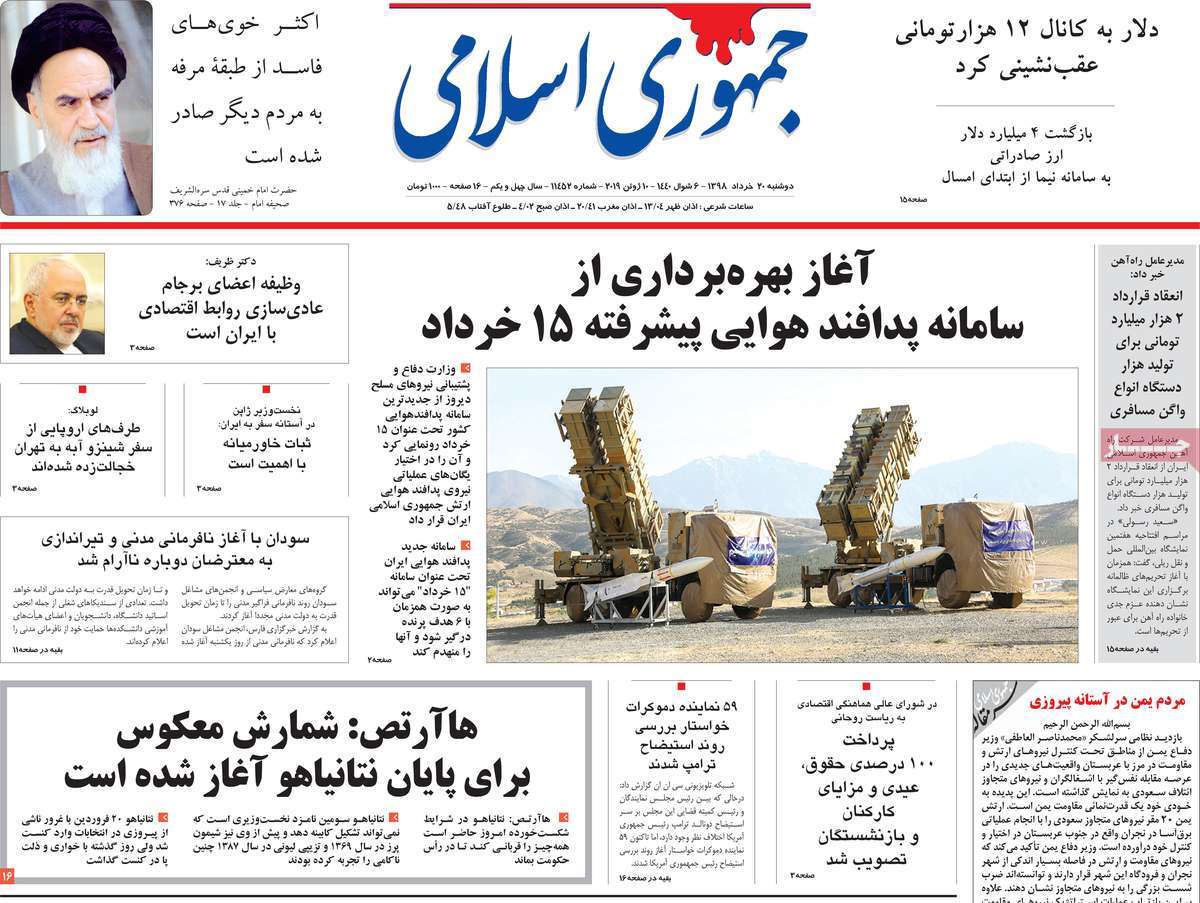 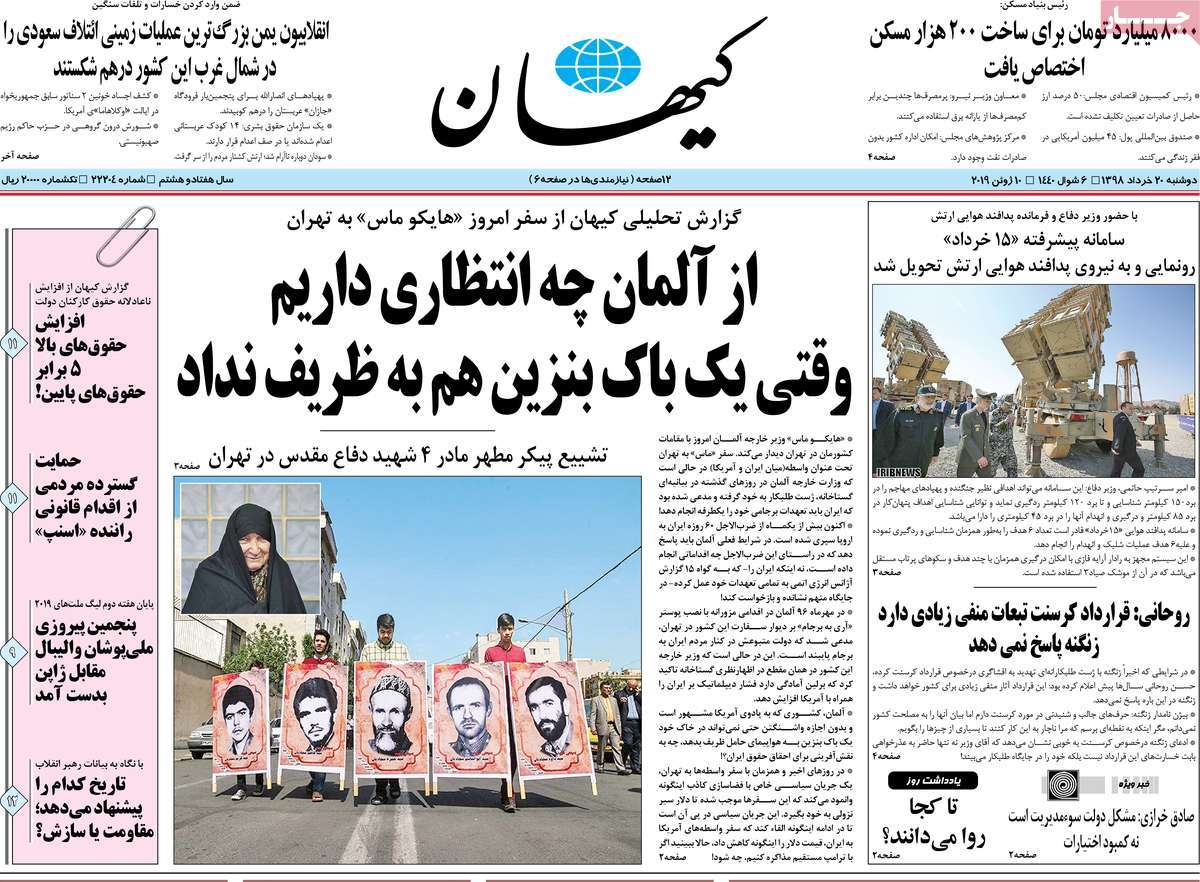 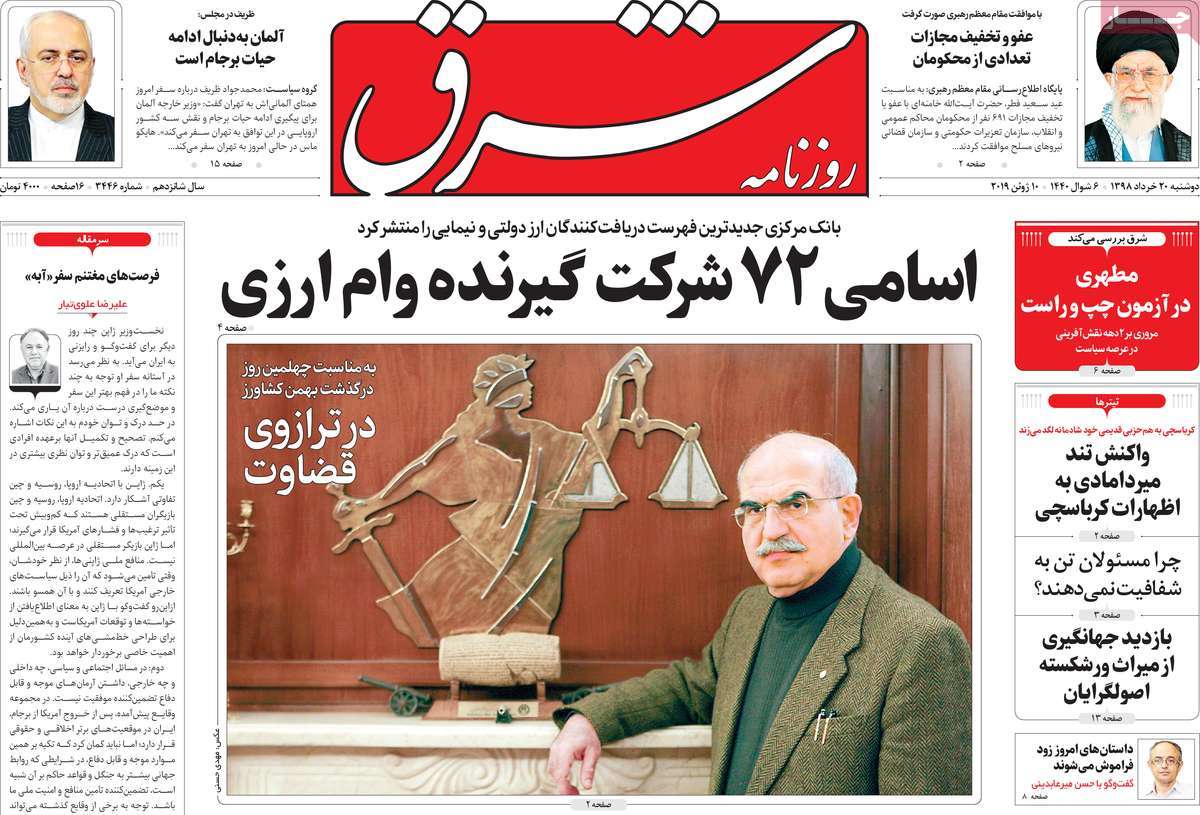