IFP has taken a look at the front pages of Iranian newspapers on Tuesday, July 23, 2019, and picked headlines from 13 of them. IFP has simply translated the headlines and does not vouch for their accuracy. 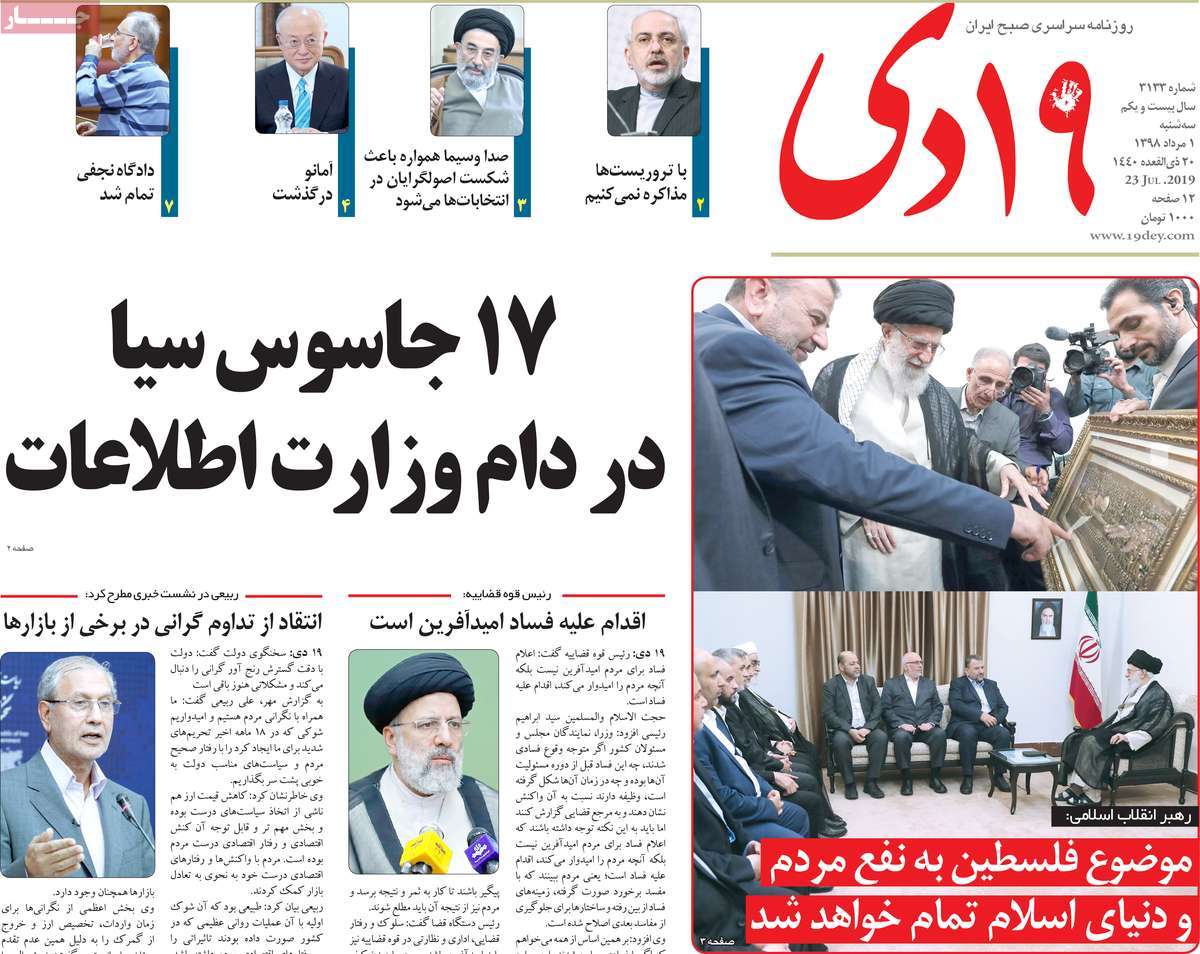 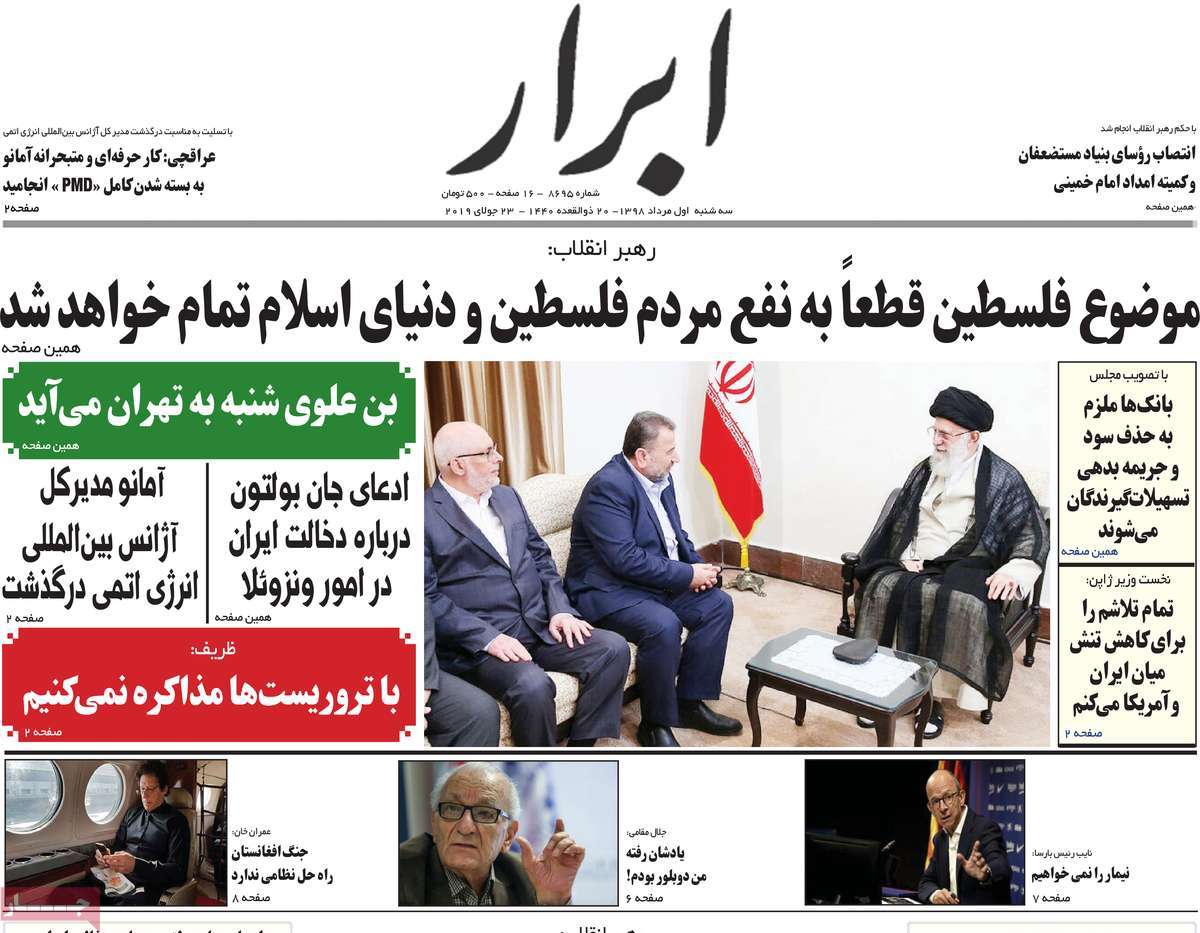 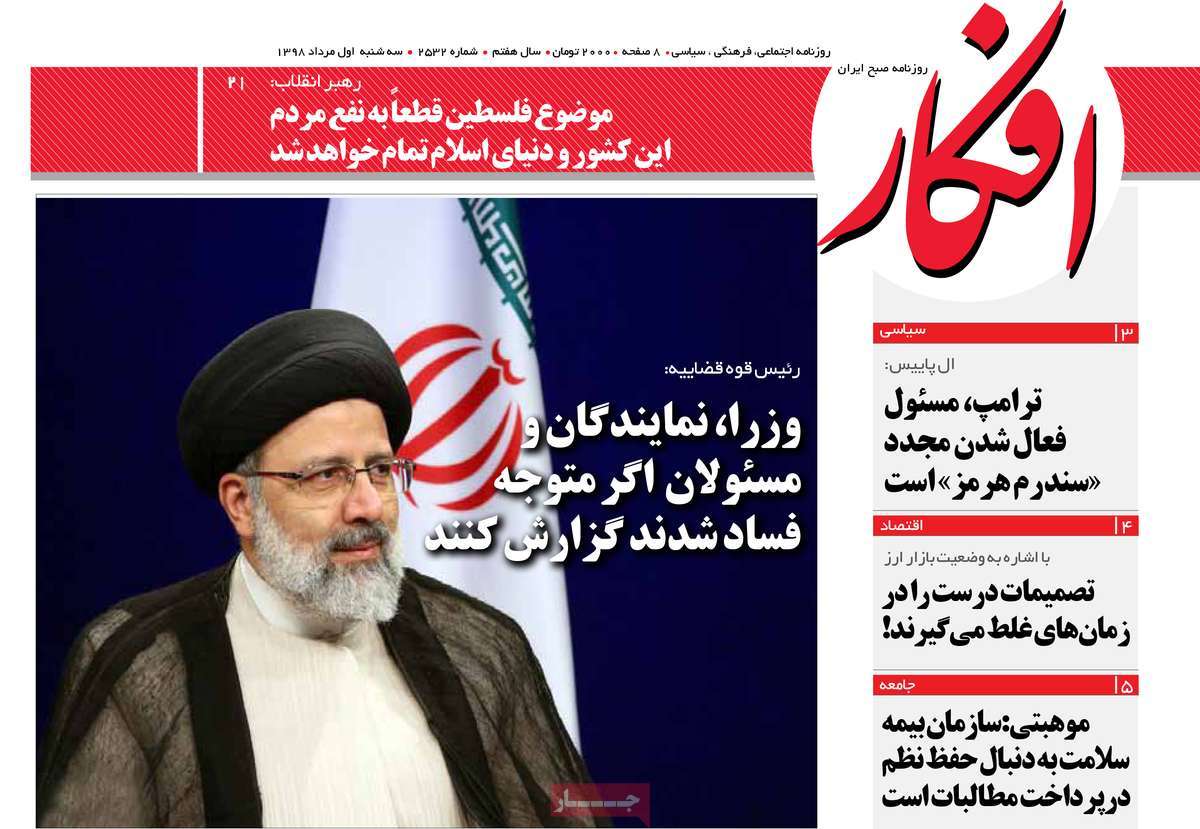 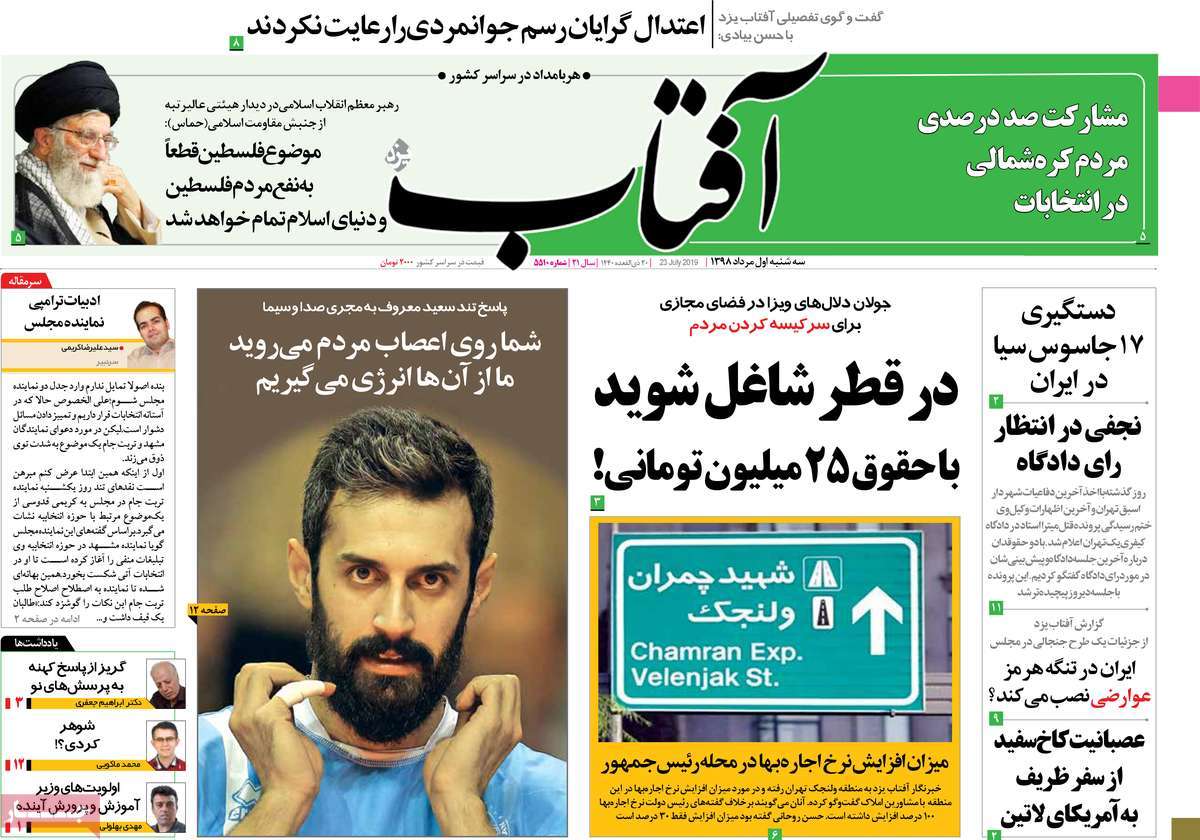 Donyay-e Eqtesad:
1- Iraqi FM in Tehran
• What are goals of Adel Abdul-Mahdi’s Visit to Tehran? 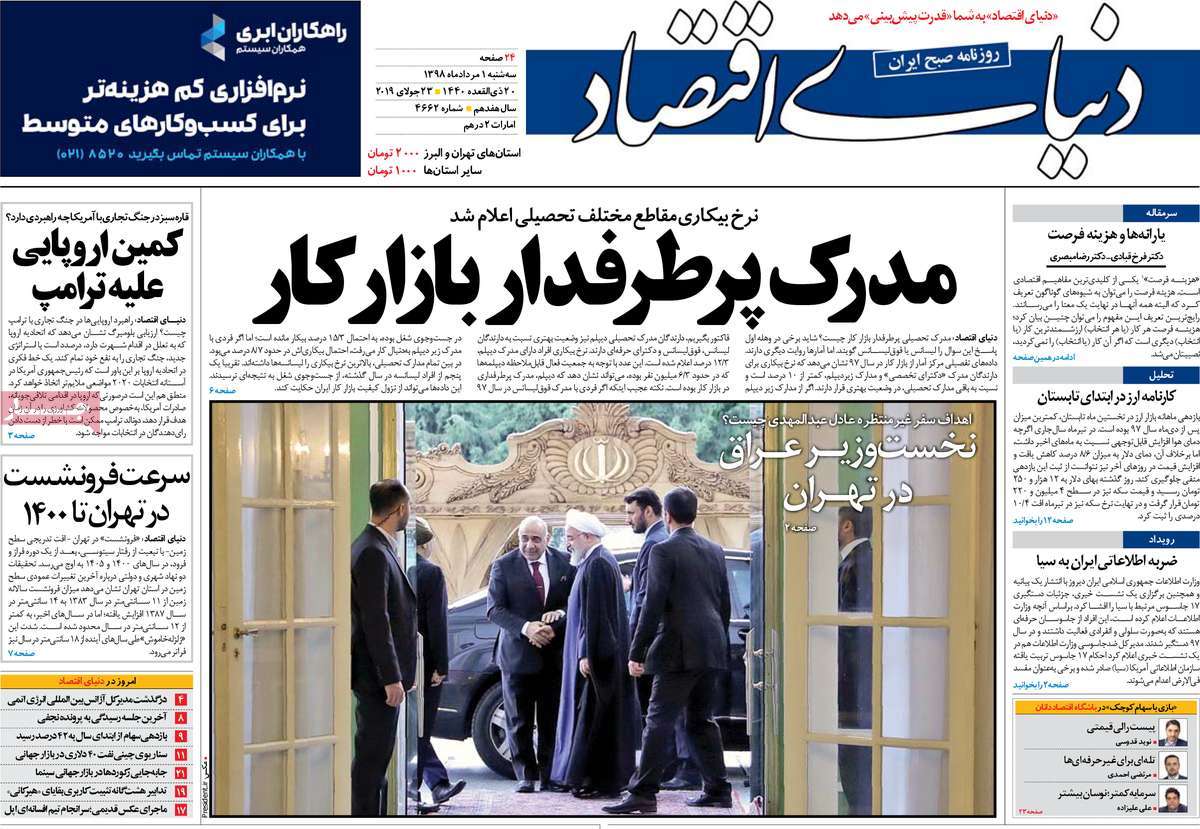 Ebtekar:
1- We Do Not Negotiate with Terrorists: Zarif at NAM Meeting
2- Time Challenge in Iran-US Case 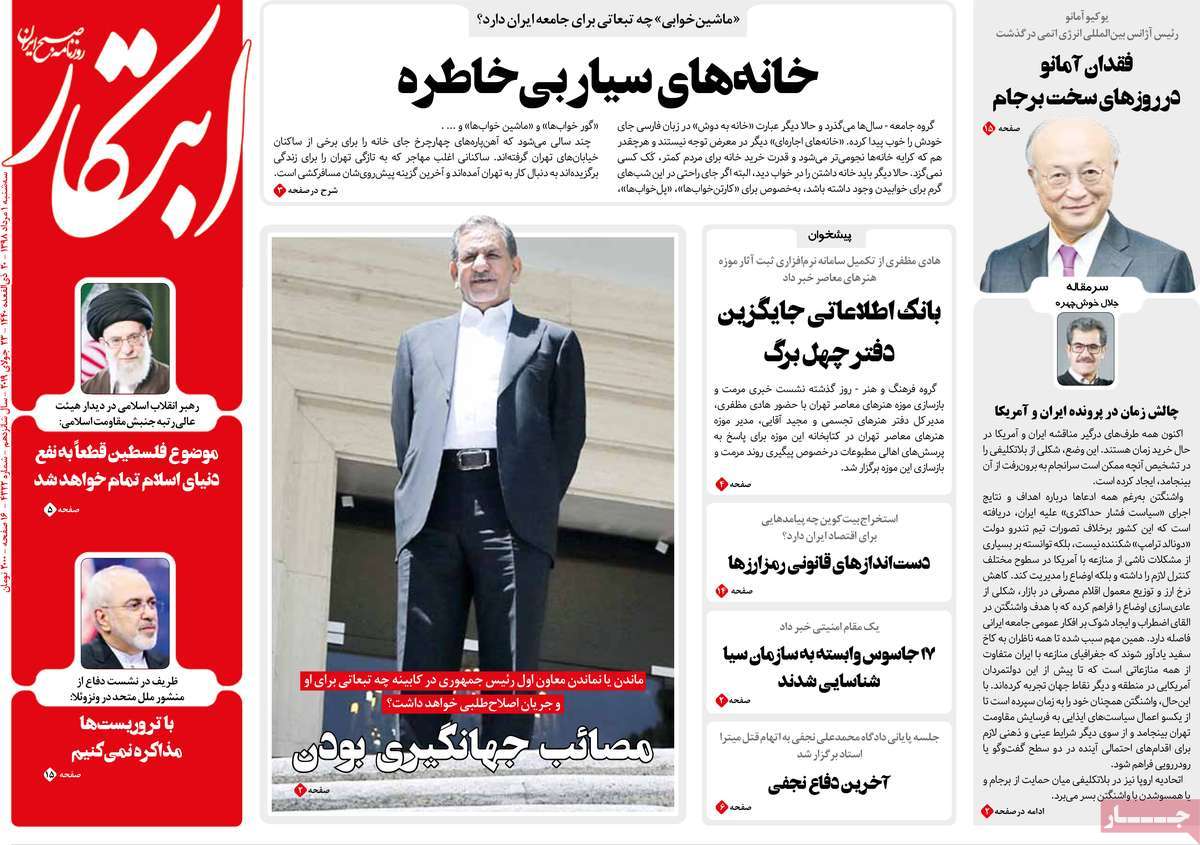 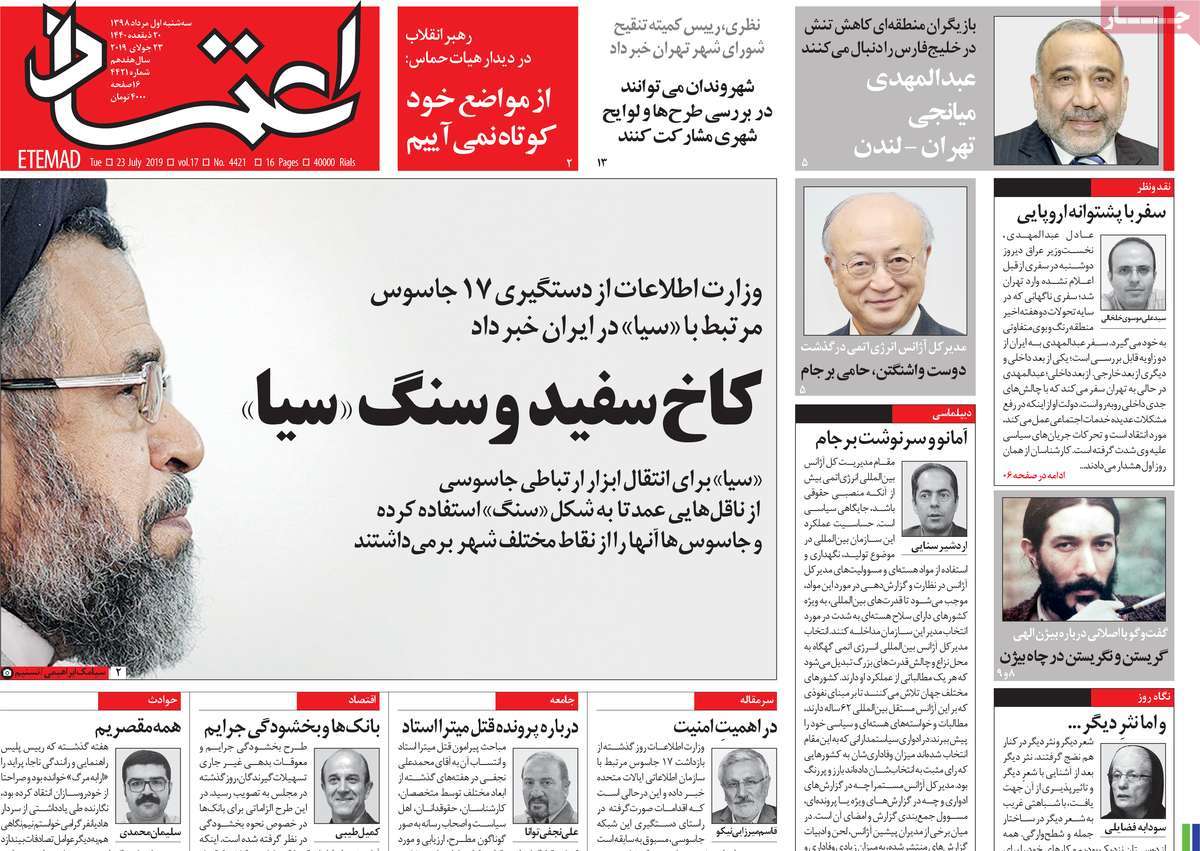 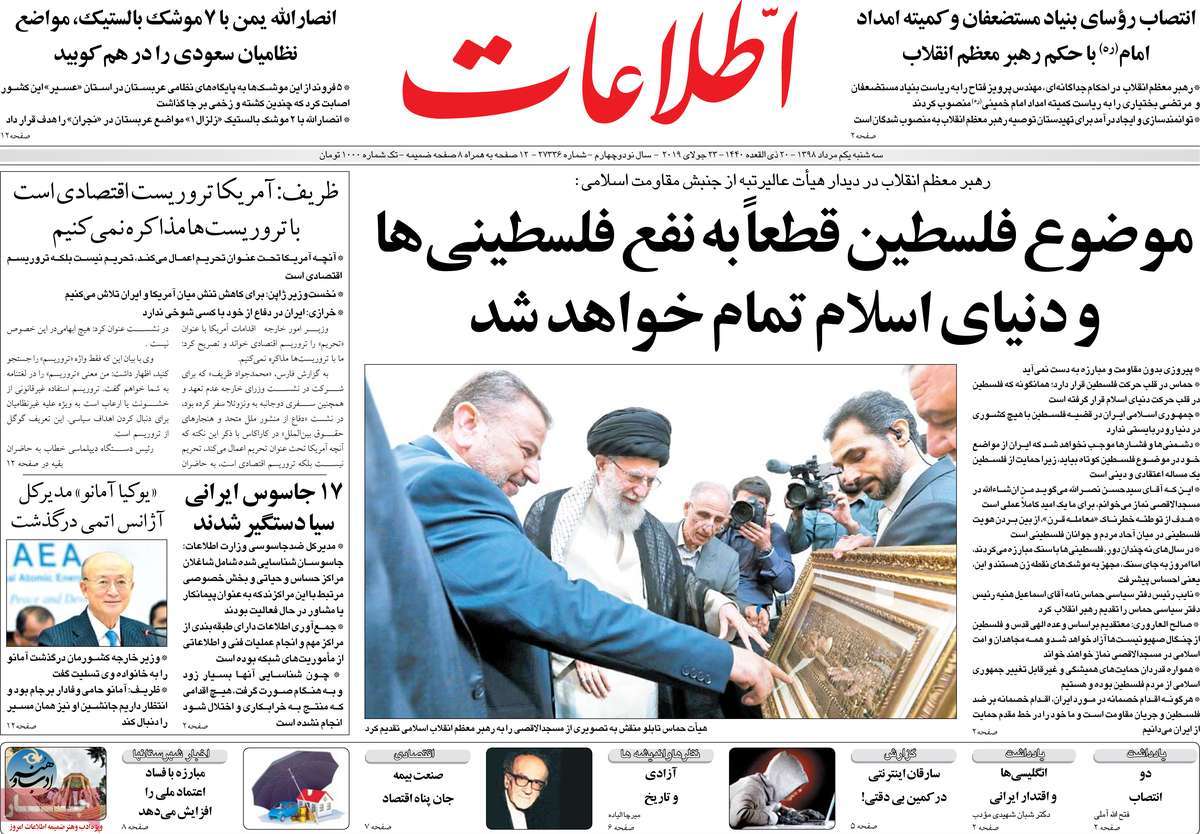 Javan:
1- No Option for UK to Deal with Iran
• London to Take Care of Its Tankers Itself: Pompeo
• No Clear Any Sanctions Remained to Impose on Iran: UK Chancellor 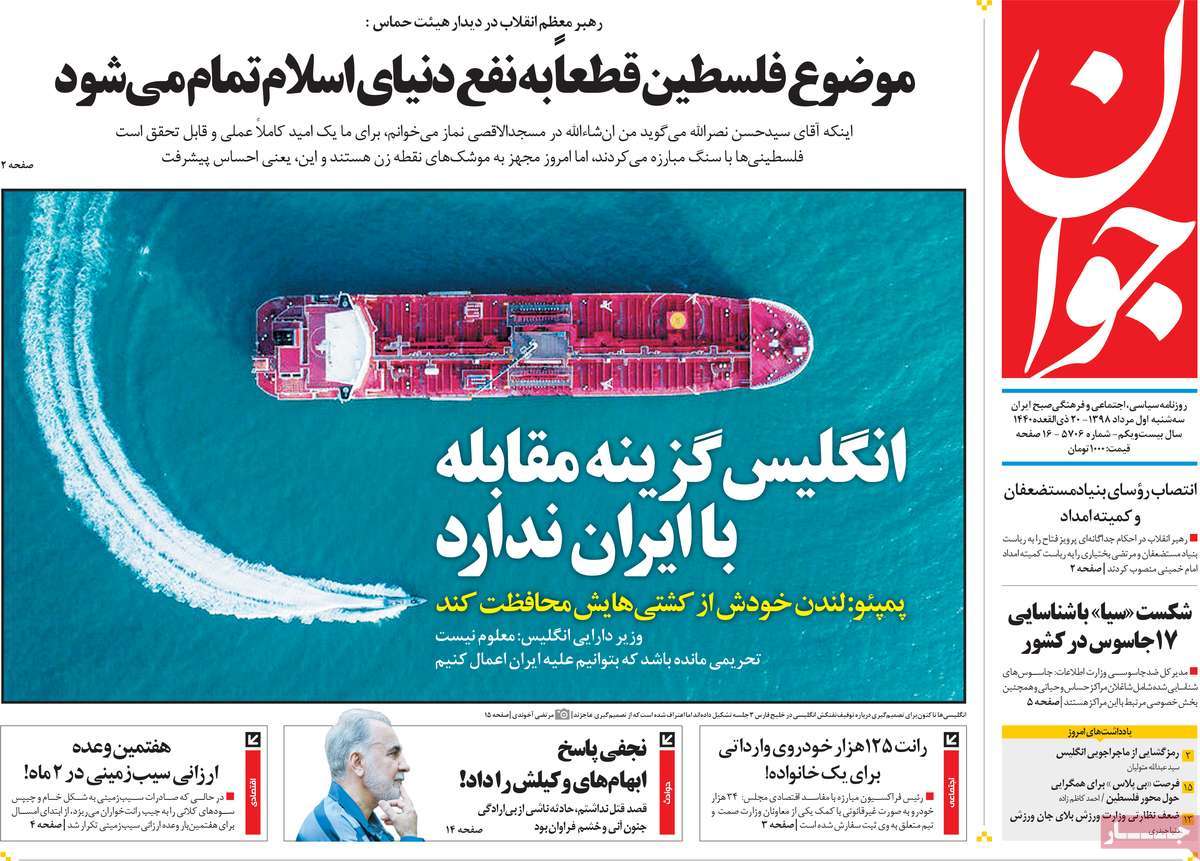 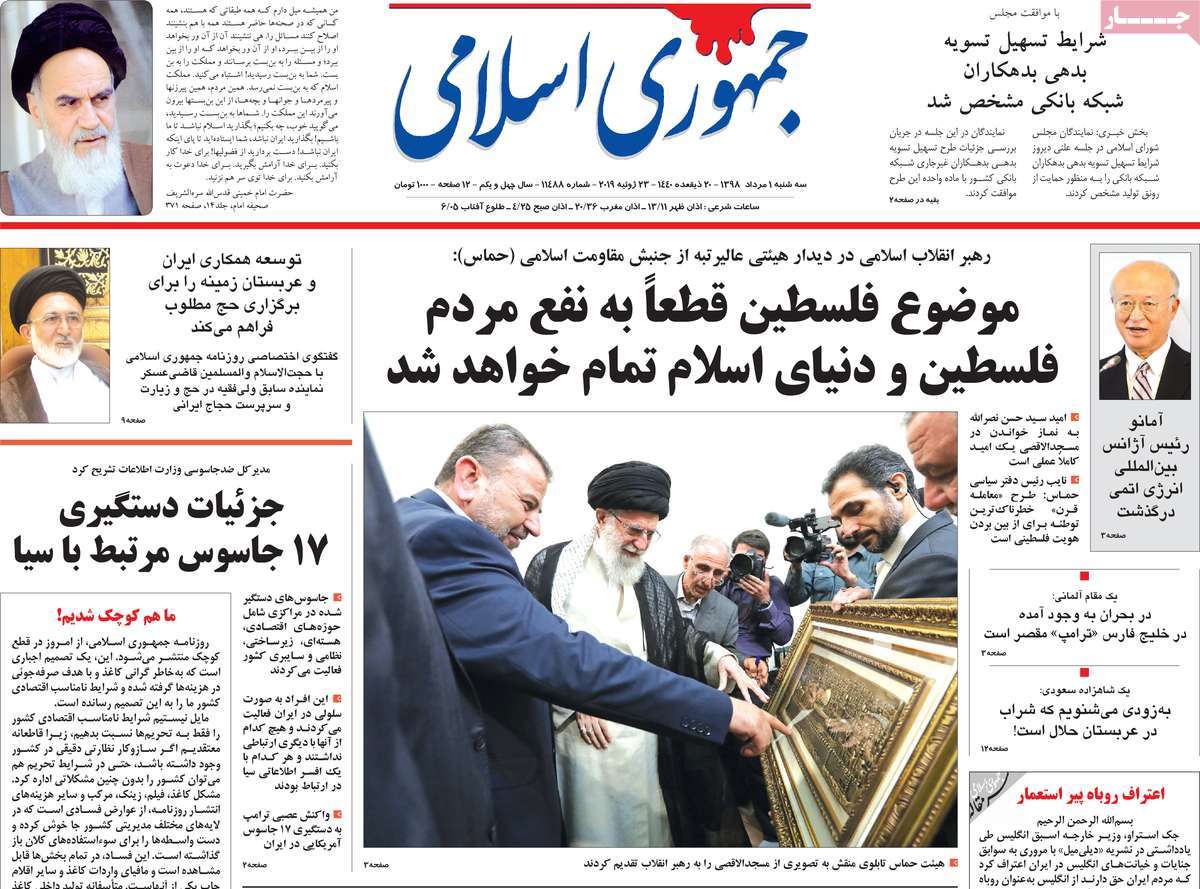 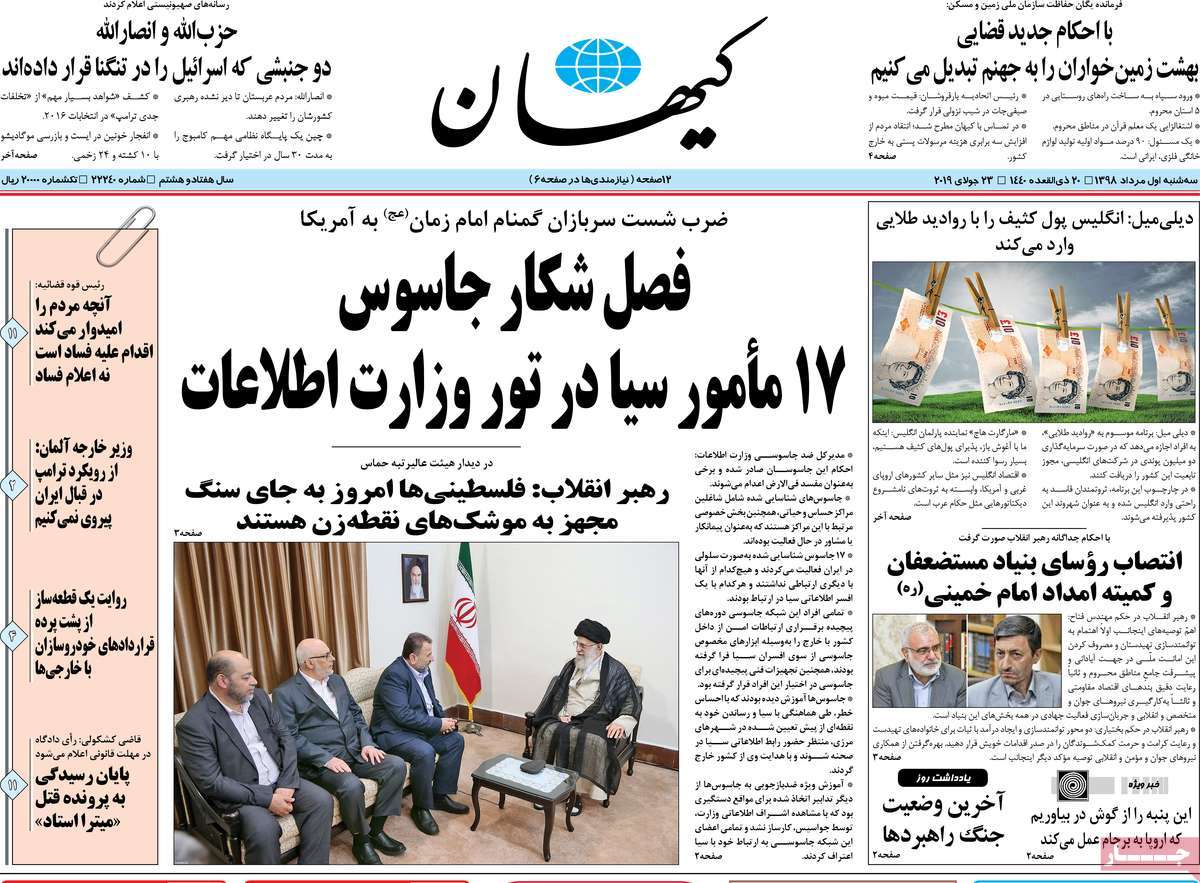 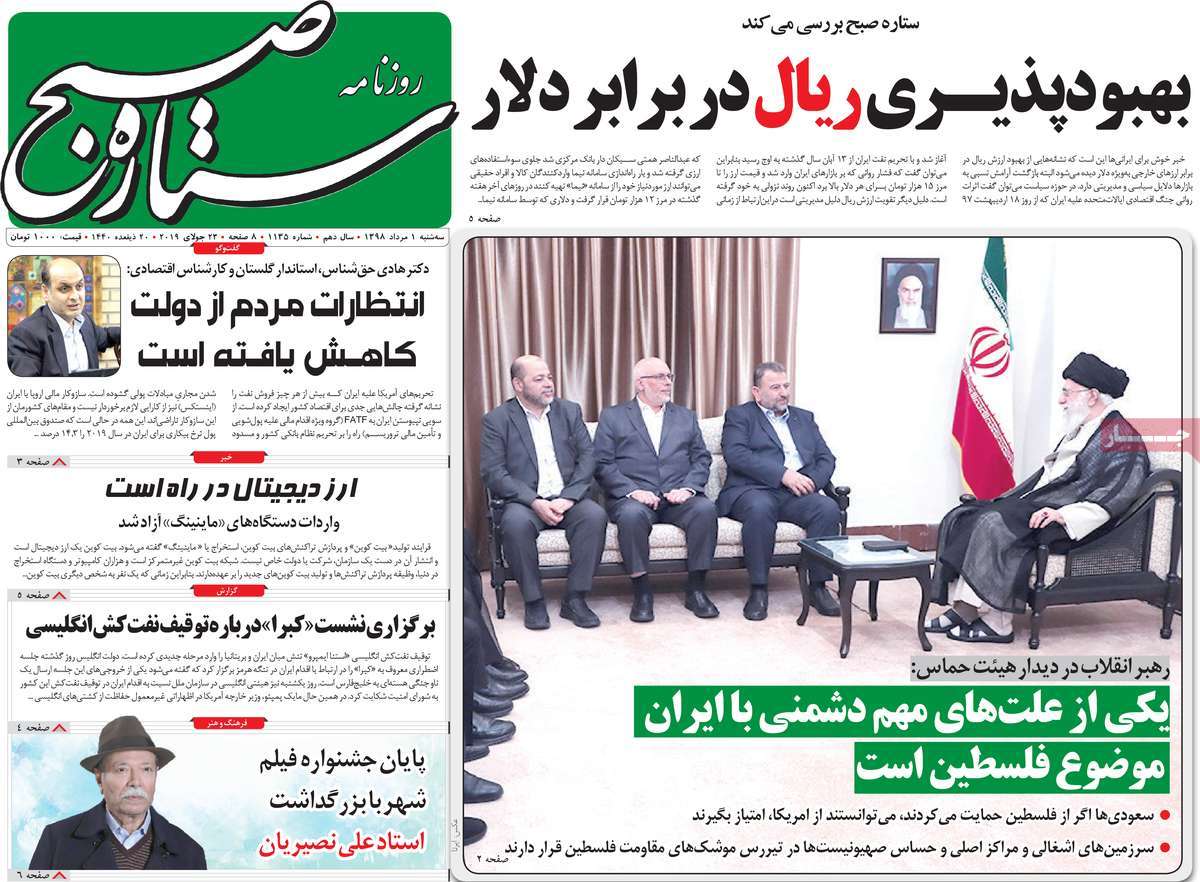 Sharq:
1- Iranian President Meets with Iraqi PM in Tehran
2- We Are Not after Tensions with Iran: UK Foreign Secretary 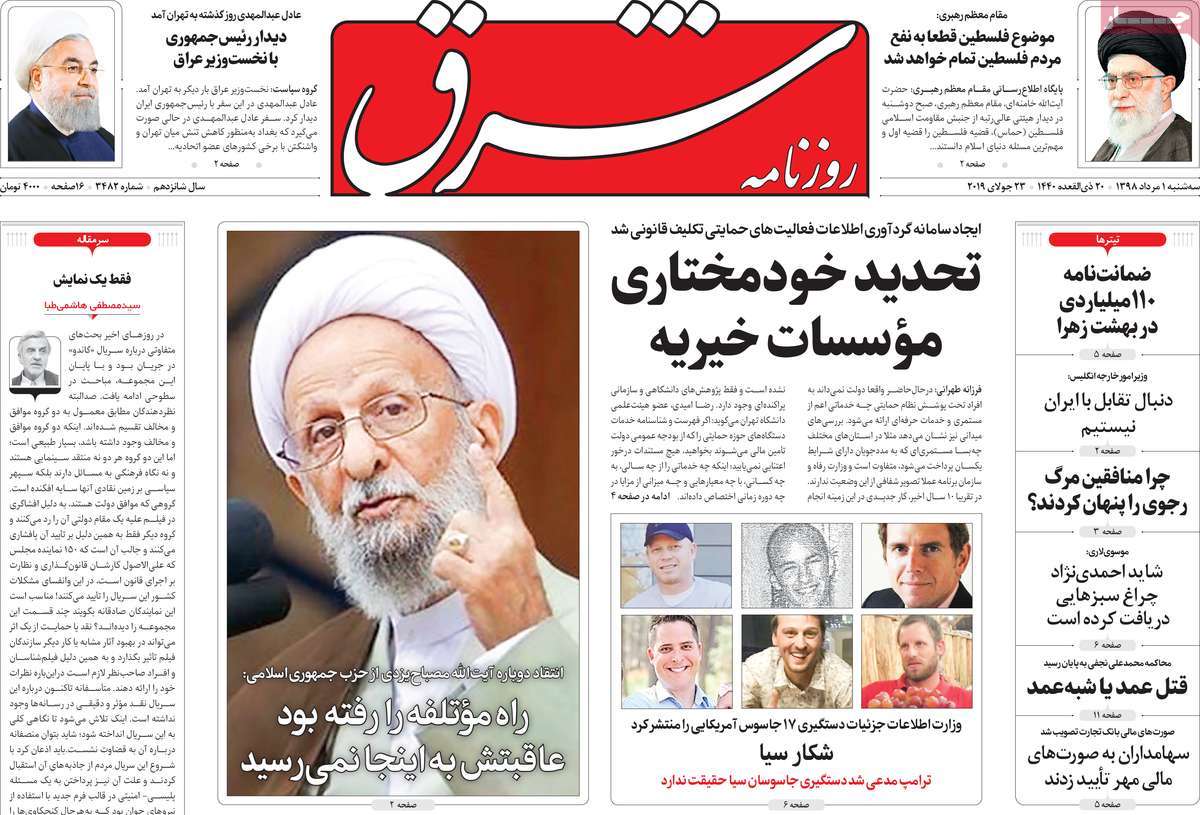