IFP has taken a look at the front pages of Iranian newspapers on Saturday, February 8, 2020, and picked headlines from 10 of them. IFP has simply translated the headlines and does not vouch for their accuracy.

3- Allawi: I’ll Step Down If Protesters’ Demands Not Met 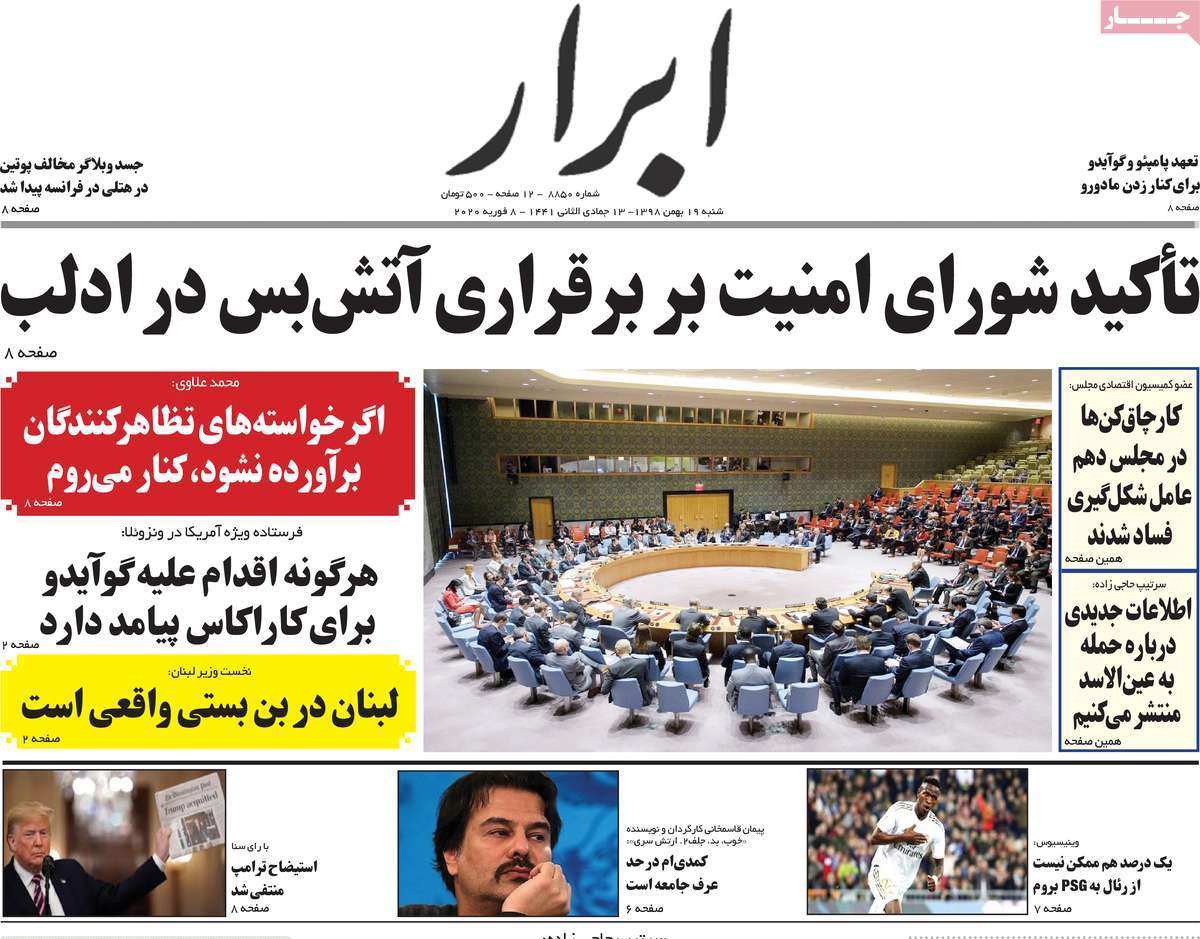 2- We Were Left Alone in JCPOA, but Didn’t Leave China Alone in Coronavirus 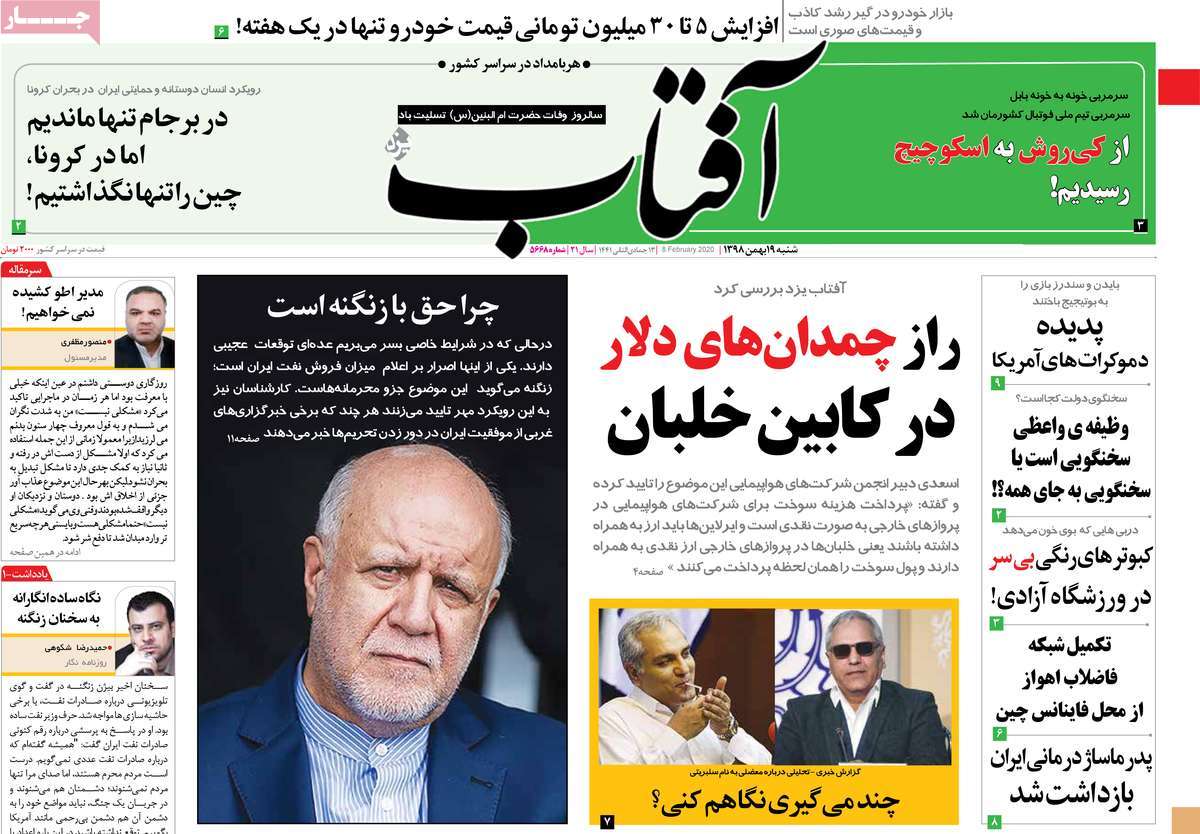 1- Efforts to Throw Trump in Trap of War 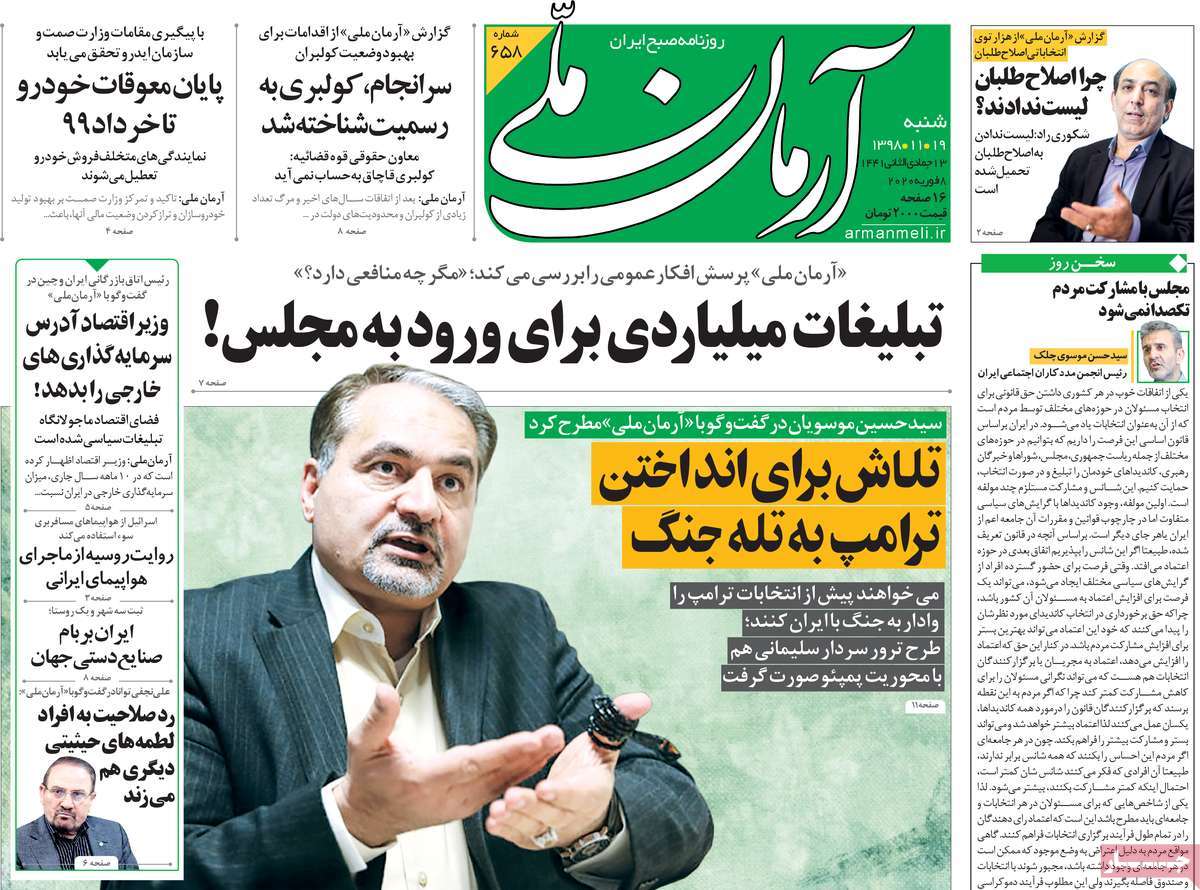 2- Bubble of Trump’s Impeachment: US Senate Opposed to Impeachment of US President 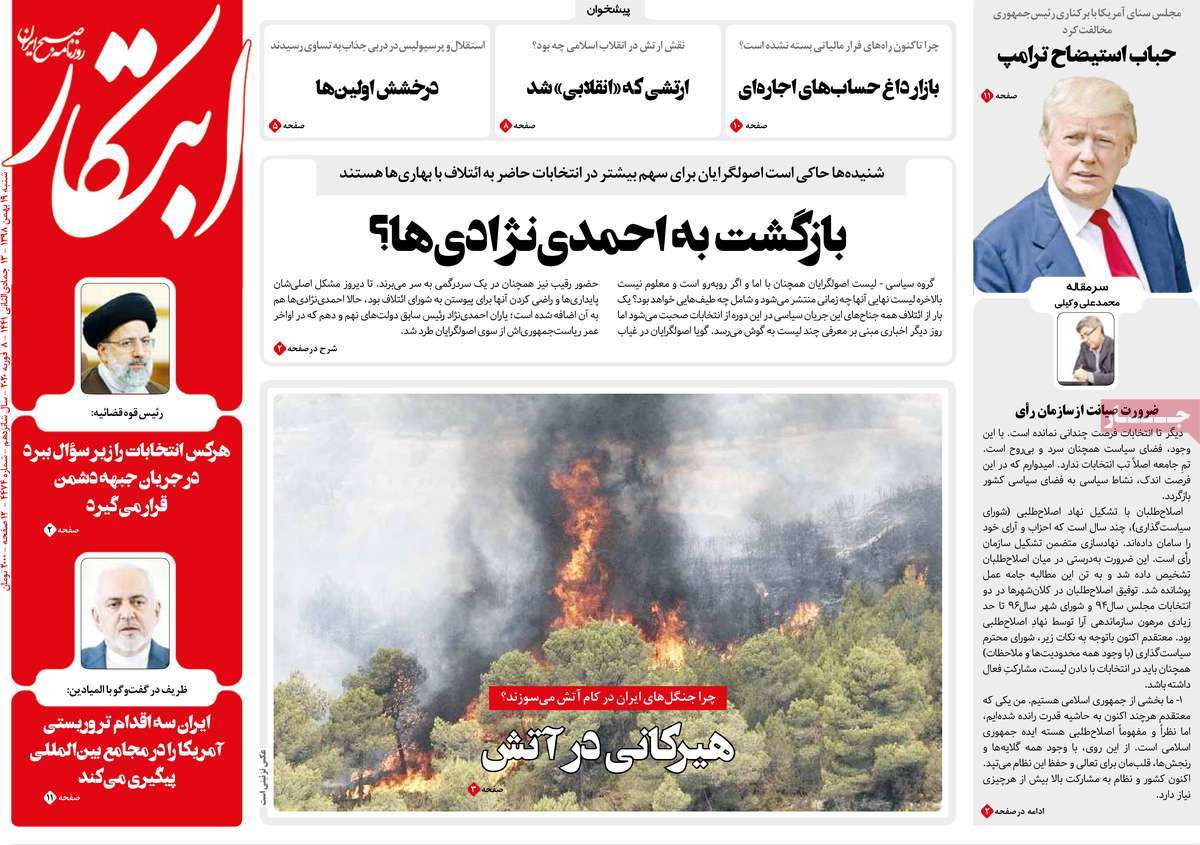 1- Increased Tension on Ground and Air in Syria 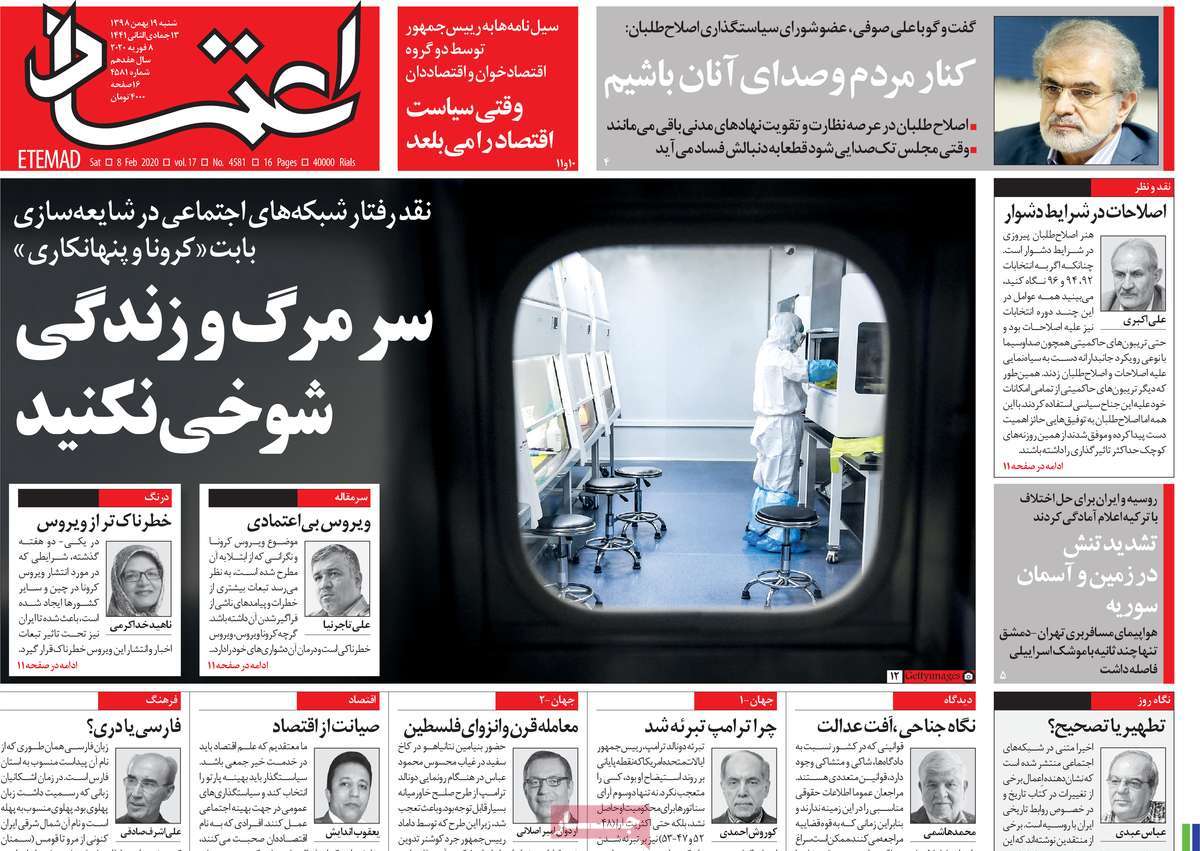 1- Zarif: Assassination of Soleimani Shows US’ Fear and Desperation 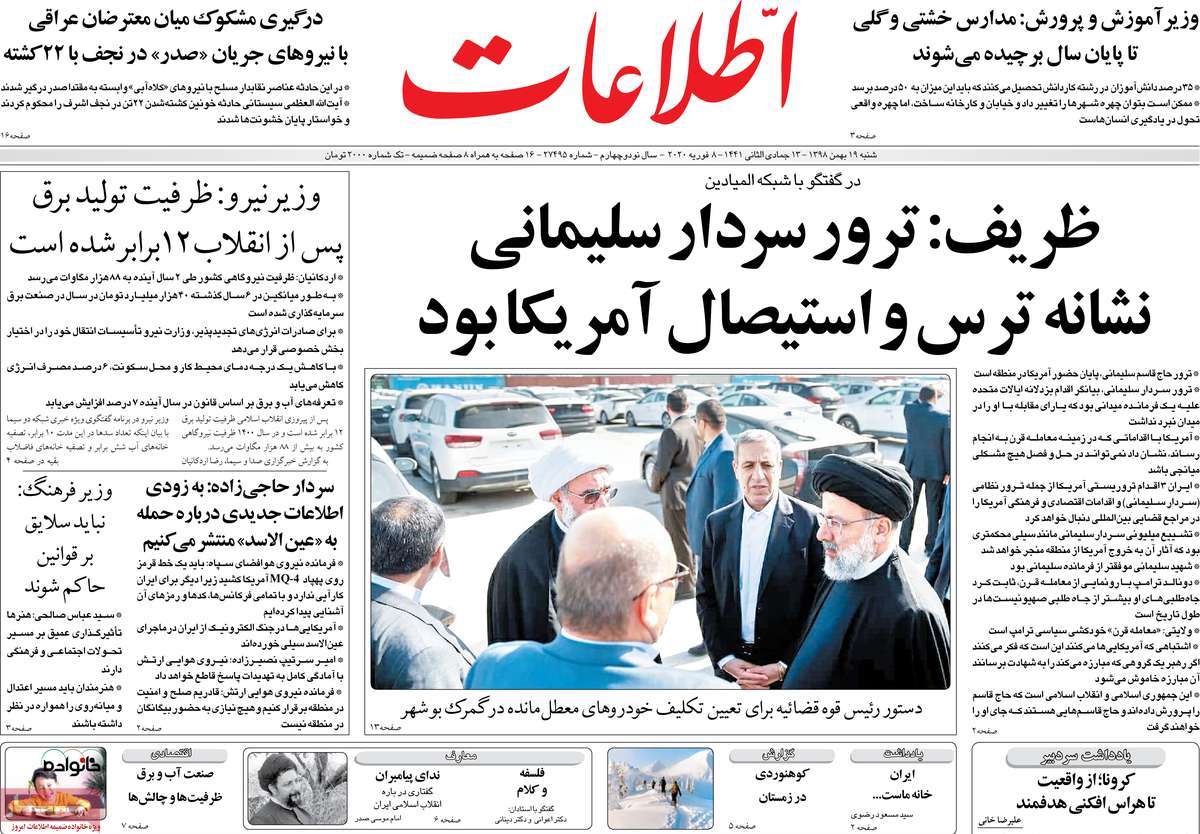 * First Serious Reaction of Resistance to Deal of Century

2- Trump Impeachment a Show to Exonerate US President 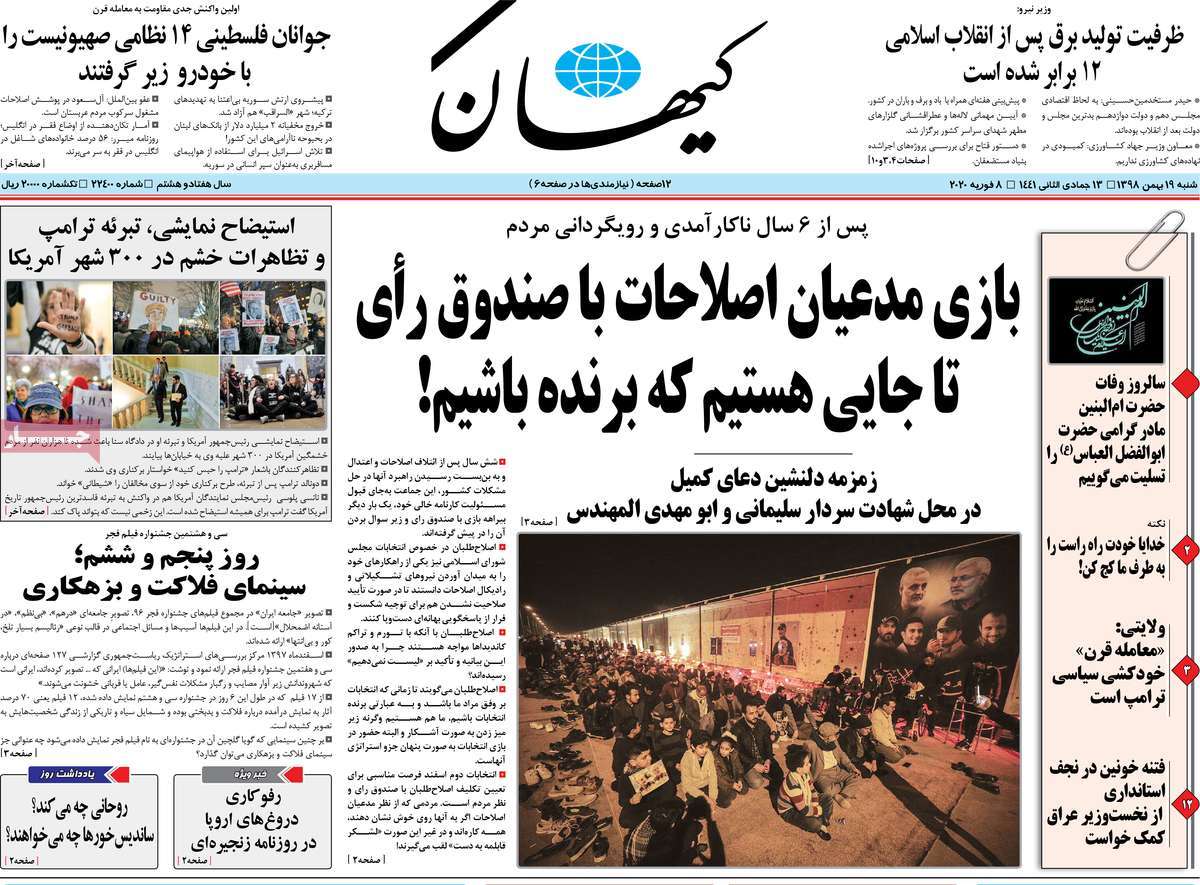 2- Iran Navy Takes Out Parts of US Drone’s Radar, Equipment from Bottom of Sea 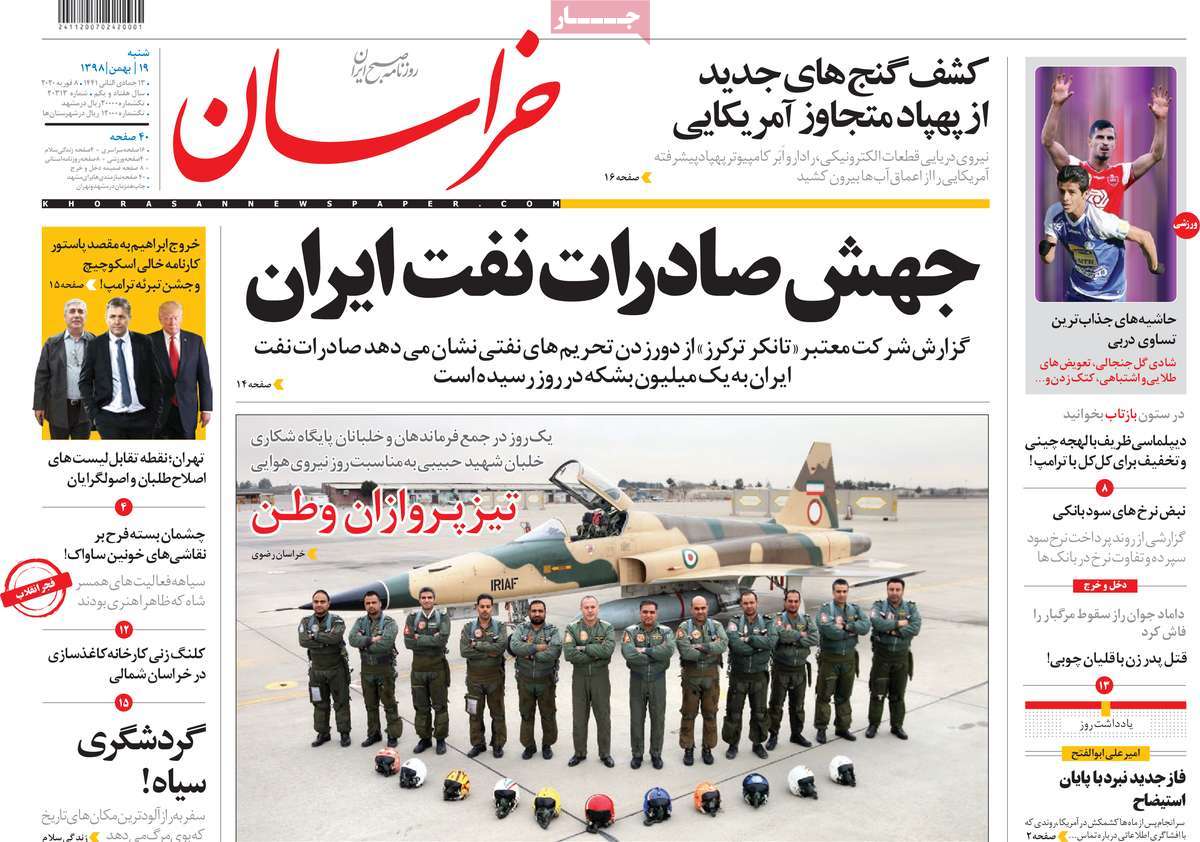 1- Iraq’s Energy Sanction Waivers May Be Extended to Continue Imports from Iran: WSJ 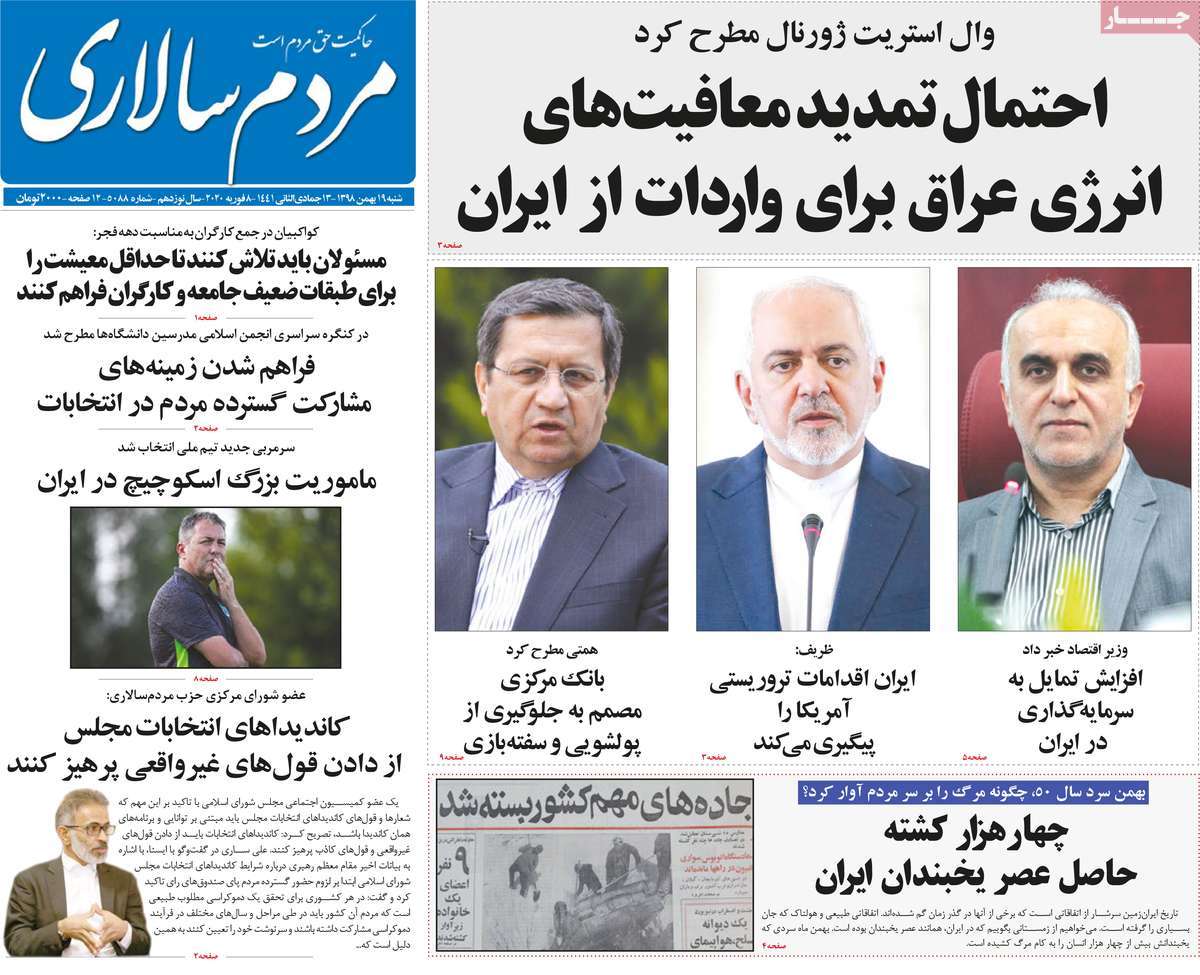 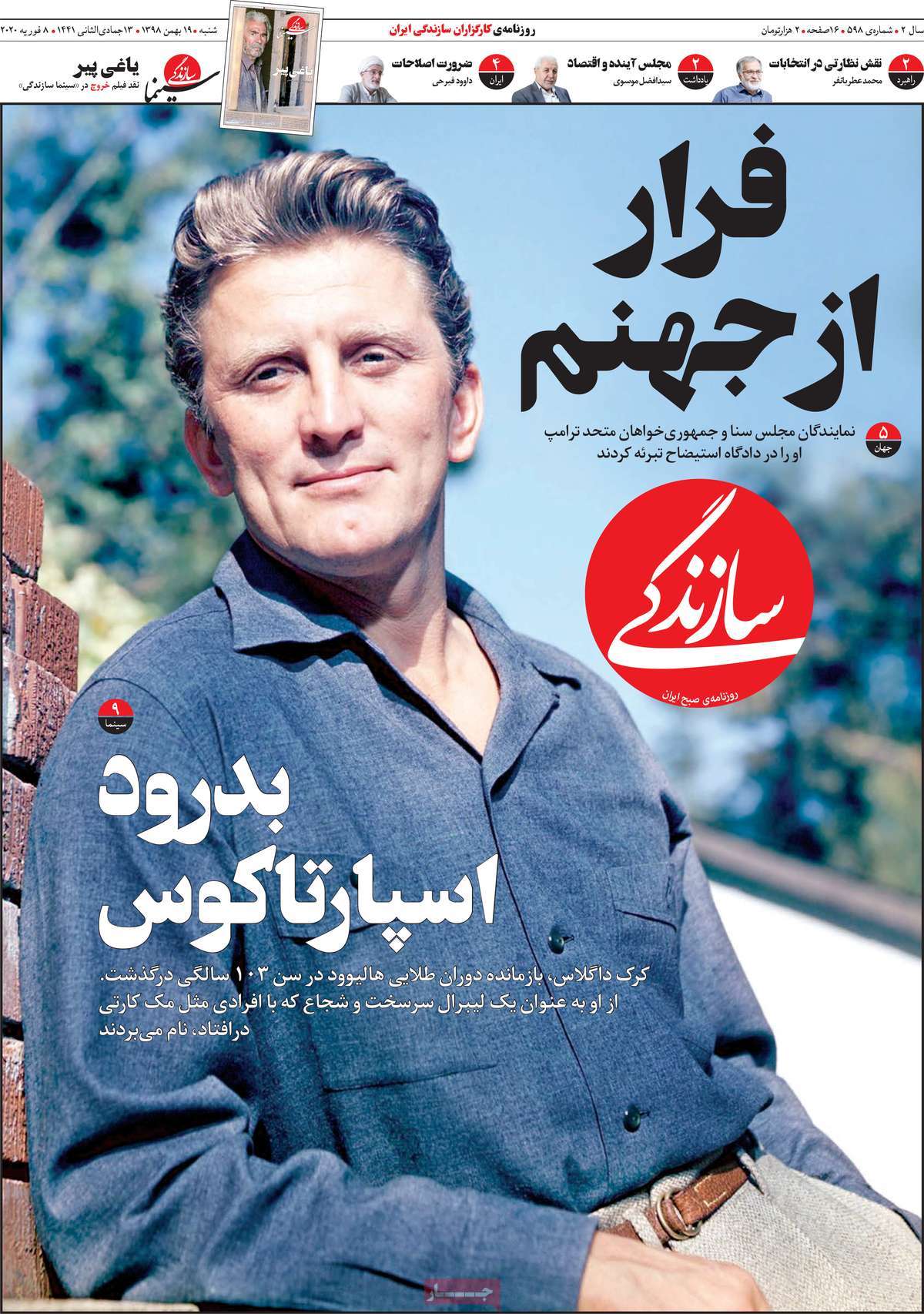