IFP has taken a look at the front pages of Iranian newspapers on Monday, December 30, 2019, and picked headlines from 12 of them. IFP has simply translated the headlines and does not vouch for their accuracy.

1- What to Expect from Zarif’s New York Trip

1- Christmas of Protests and Strikes in France

2- Mass Killings in US at Highest Level in 50 Years

1- Return of Iraq President to Baghdad

2- Zarif to Visit Moscow, and Then New York

2- Iran’s Response to Any Adventure by Enemies Will Make Them Regret: Top General 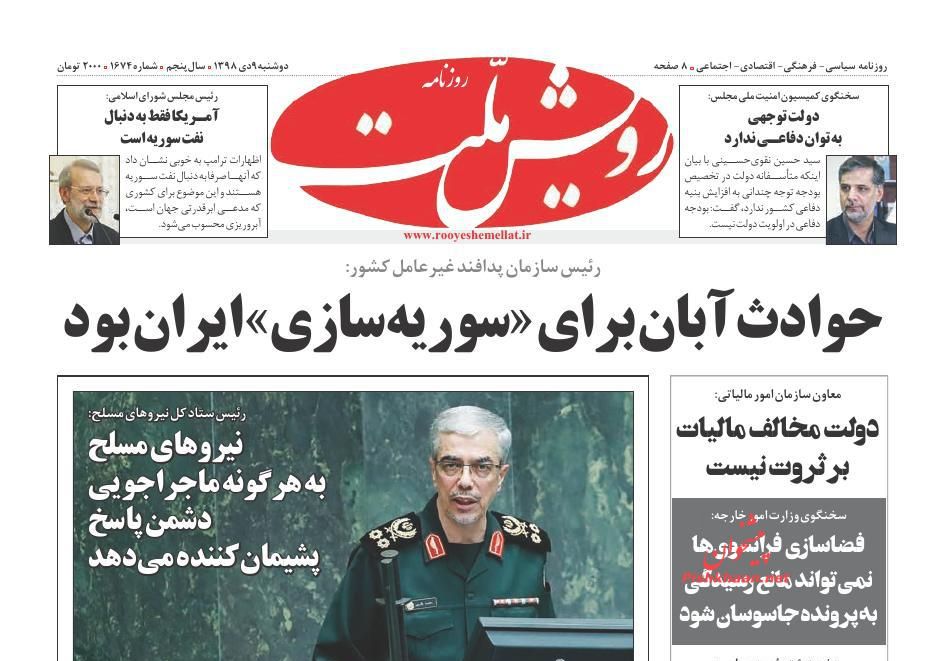 1- It’s No Surprise to See a Populist’s Victory in Next Elections: Analyst

2- Tehran-Paris: Return to the Past