IFP has taken a look at the front pages of Iranian newspapers on Thursday, December 3, 2020, and picked headlines from 9 of them. IFP has simply translated the headlines and does not vouch for their accuracy. 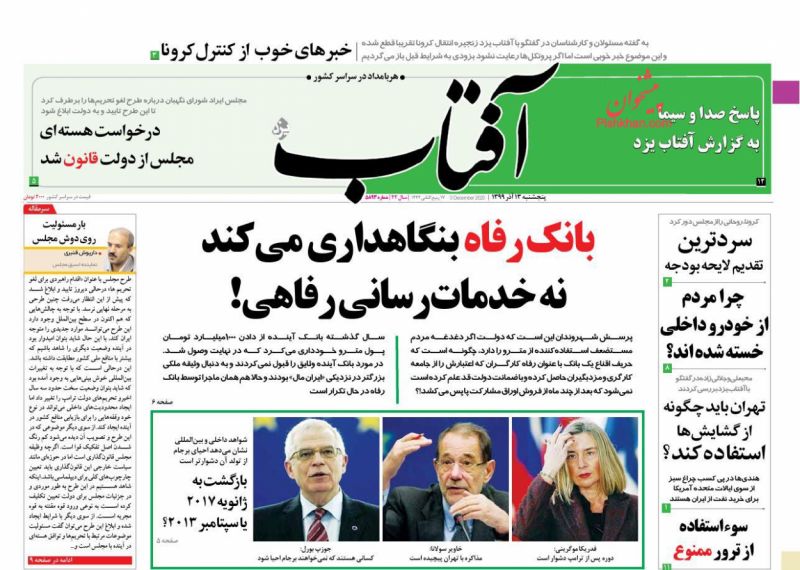 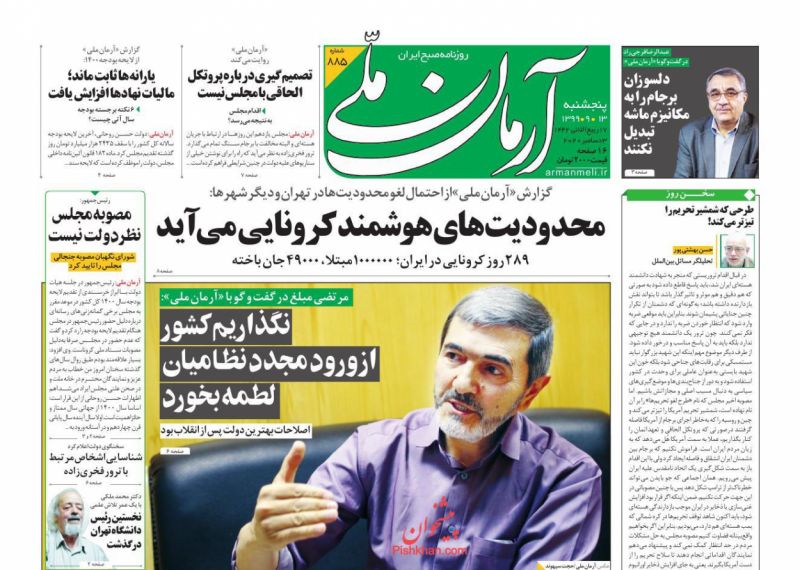 1- Bitter Accounts of Days without Medicine 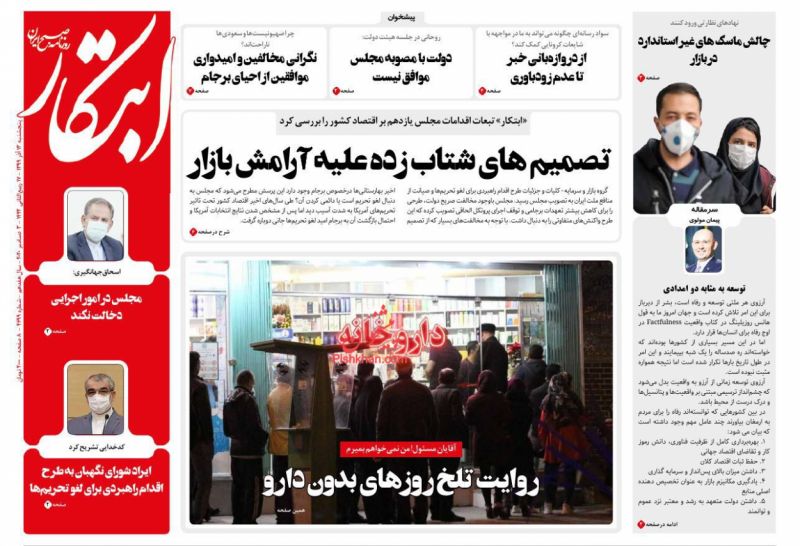 1- With or Without JCPOA? 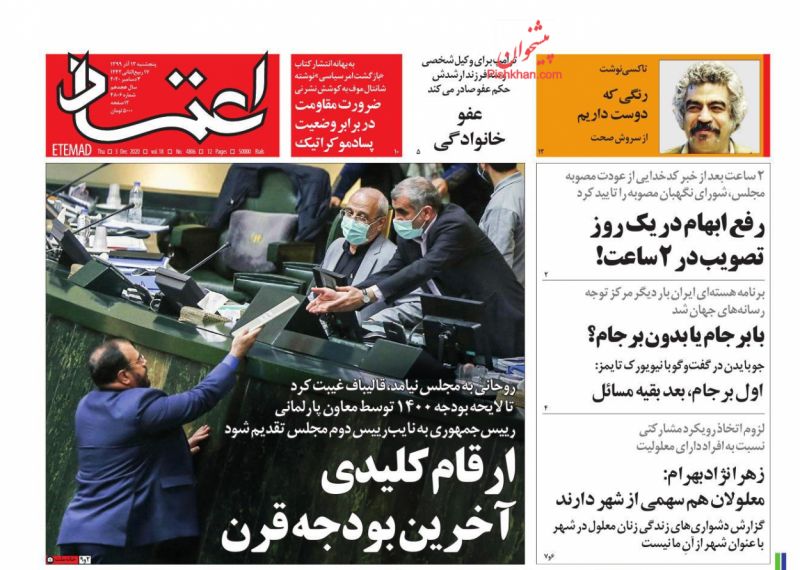 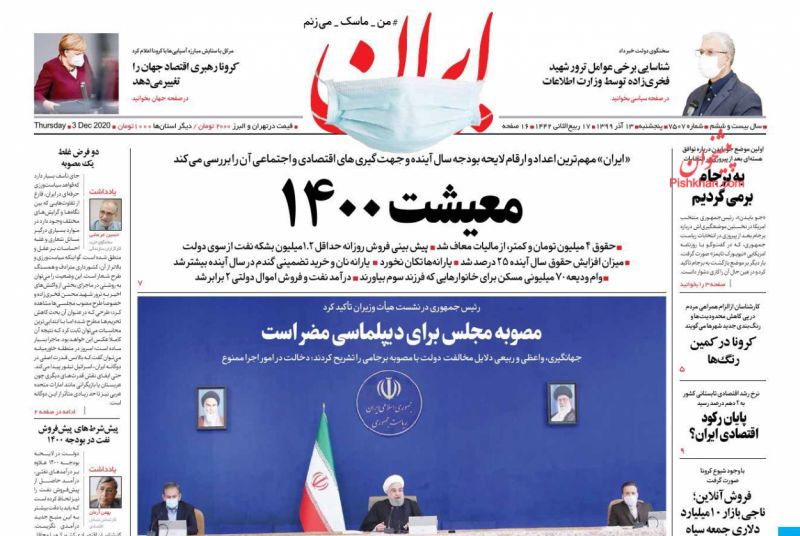 2- Democrats Will Return to JCPOA with Intention of Securing 2nd, 3rd JCPOAs 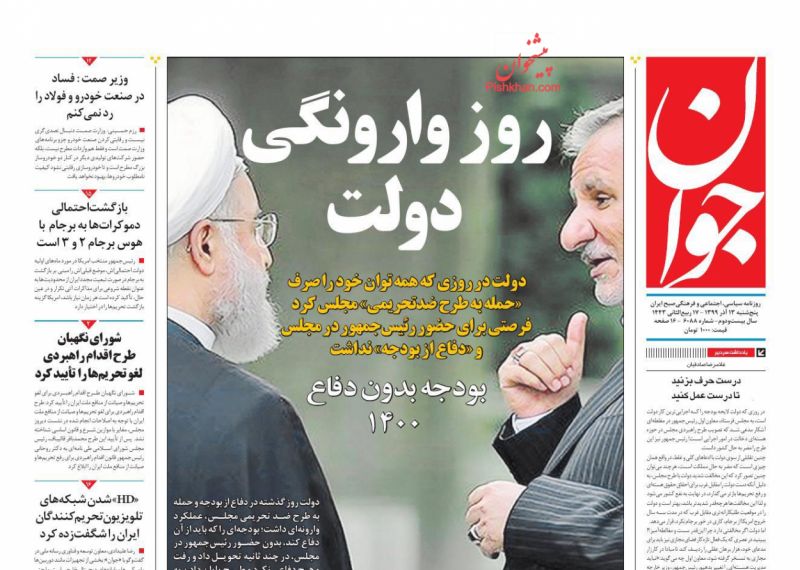 2- US Cause of Iraq’s Plights: Iraqi People Indebted to Hashd al-Sha’abi

4- All Members of Biden Team: All Zionists

5- UNSC Not to Take Any Action on Fakhrizadeh Assassination 3- Western Consensus on US Return to JCPOA 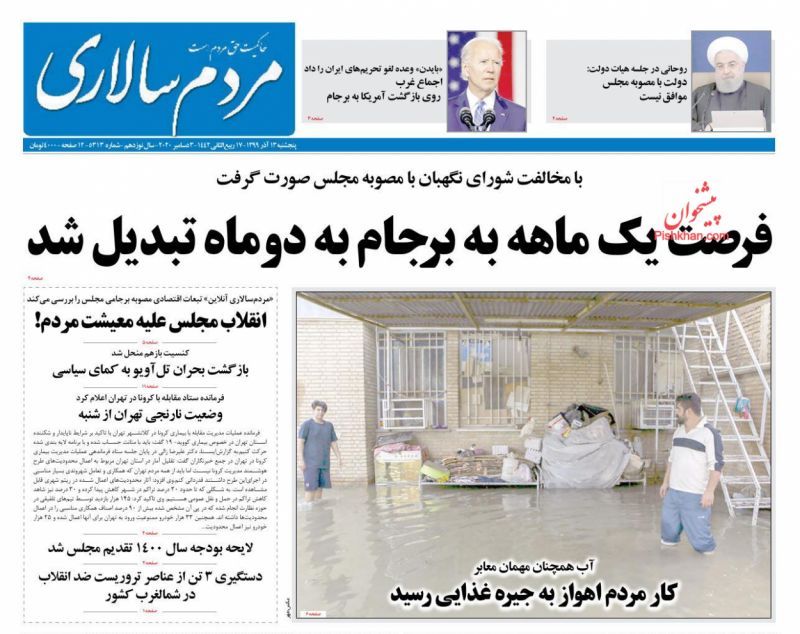 1- Gov’t Presents Next Year’s Budget Bill While Neither Rouhani, Nor Qalibaf Were Present 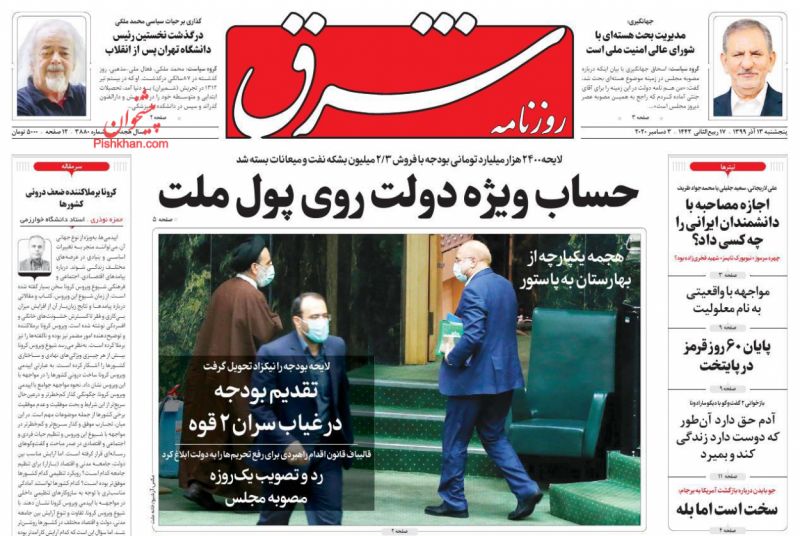