IFP has taken a look at the front pages of Iranian newspapers on Thursday, August 29, 2019, and picked headlines from 8 of them. IFP has simply translated the headlines and does not vouch for their accuracy.

2- Pompeo: We Want Iran to Be Normal Country!

3- Japan FM: We Asked Iran to Remain Committed to JCPOA

4- Bolton: Preparedness for Talks with Iran Not to Change US Stance on Tehran

5- Zarif: We’re Not after Escalation of Tensions 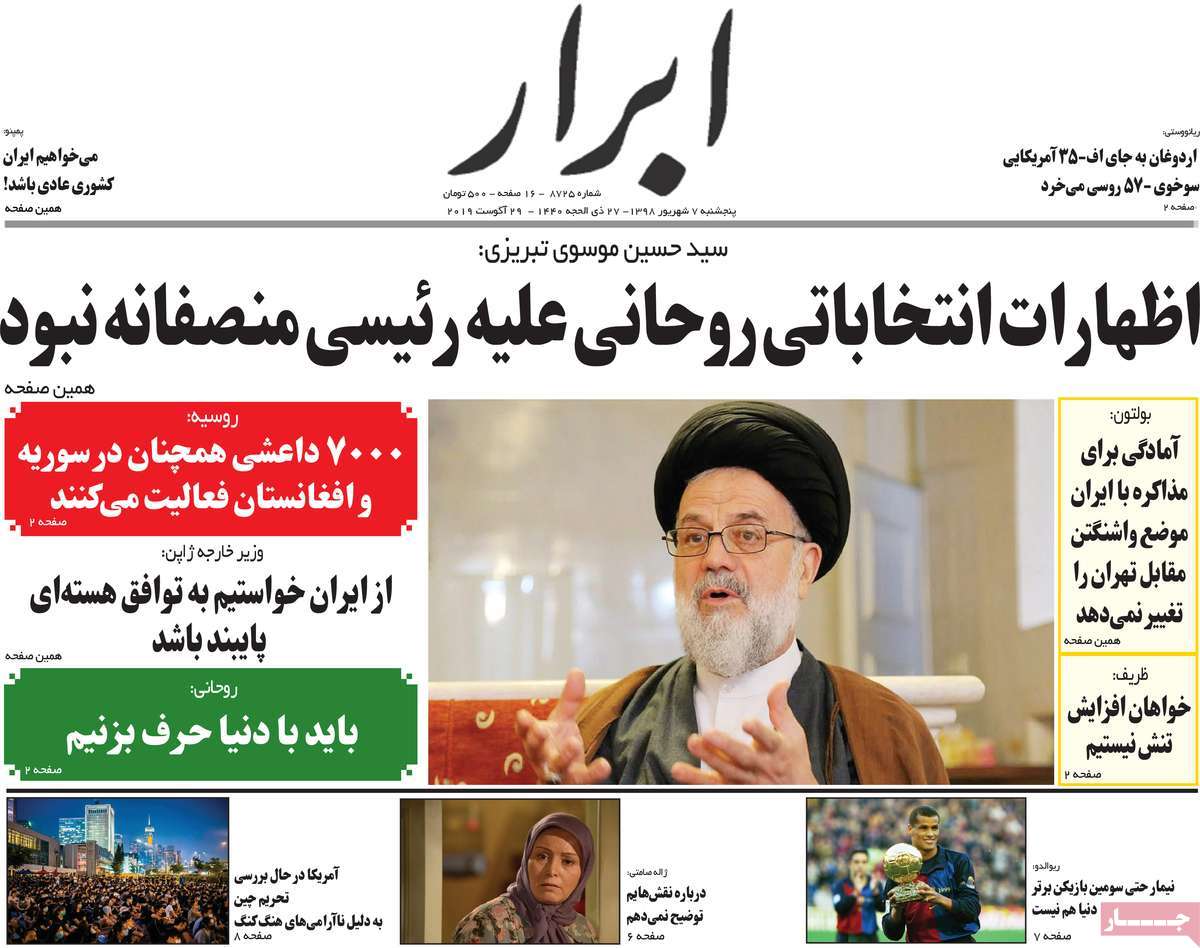 1- US, Taliban Closer to Final Agreement

3- Rouhani: We Should Talk to World 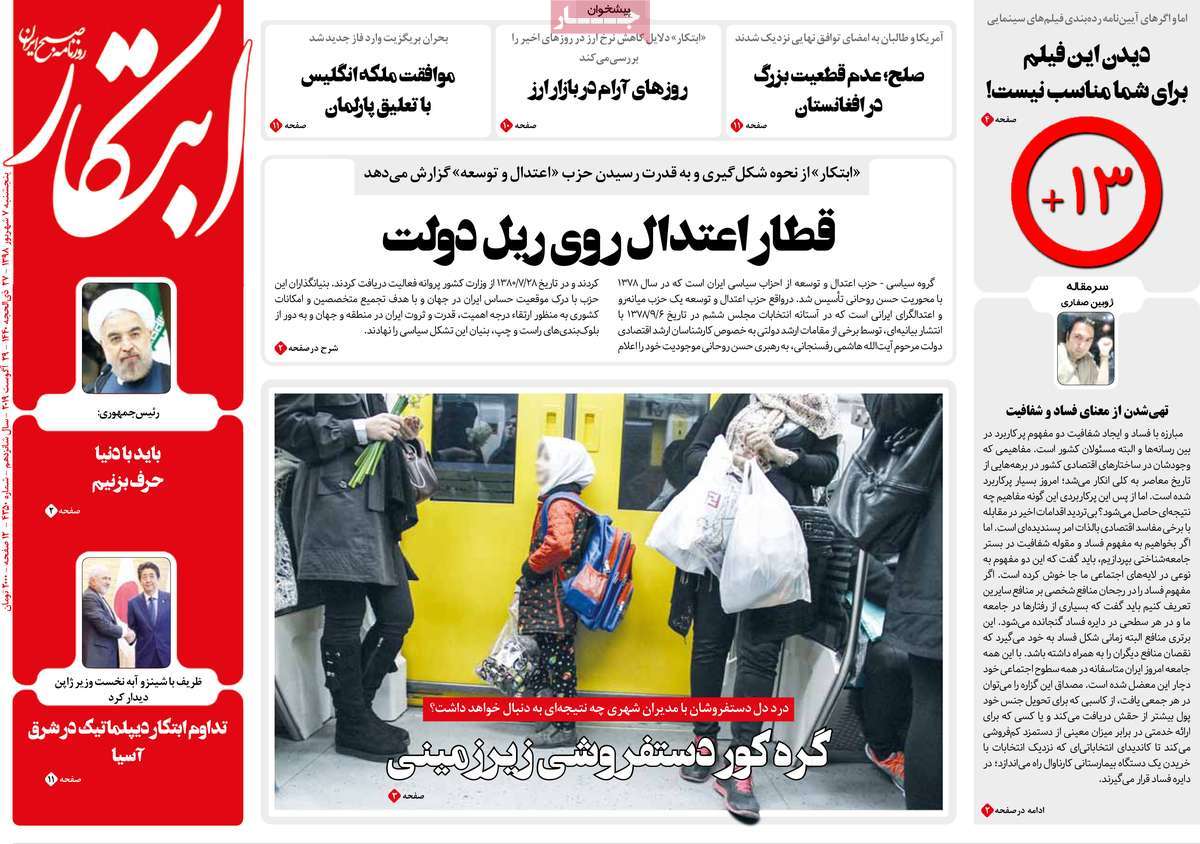 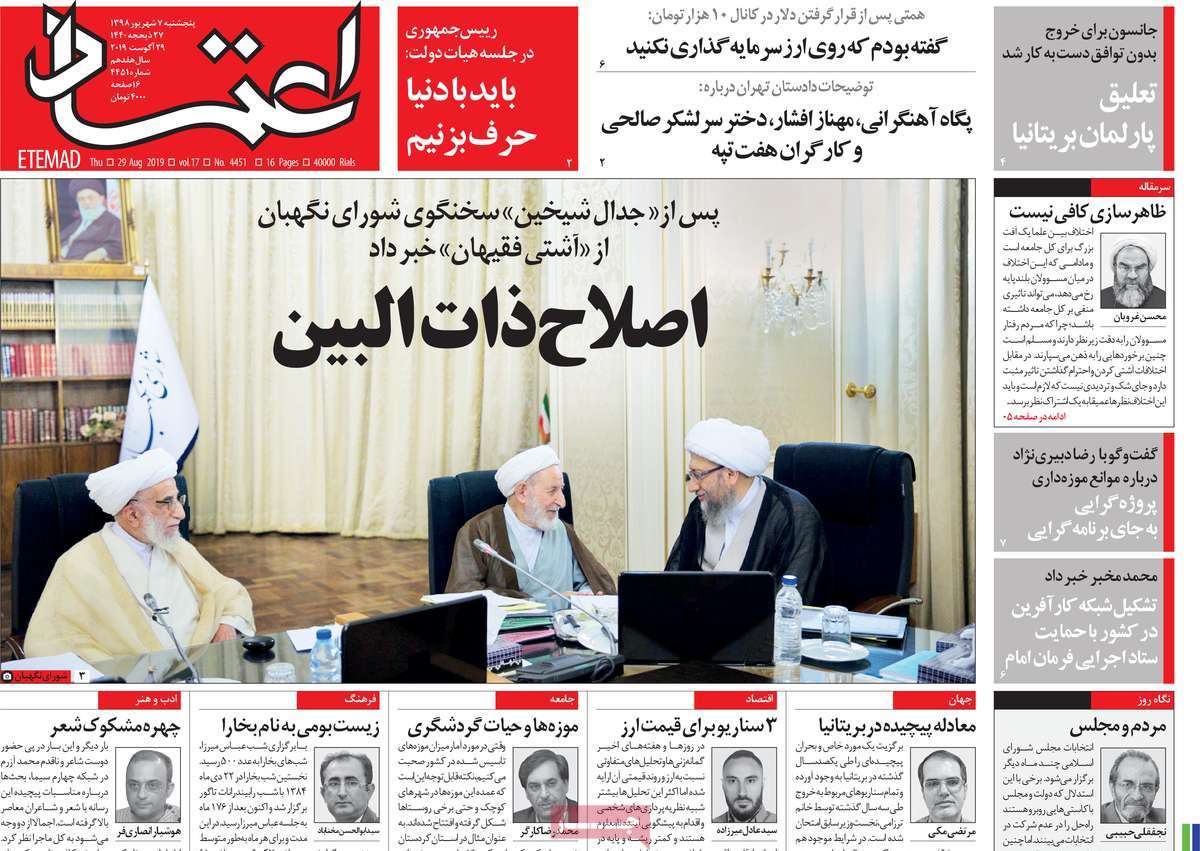 1- Rouhani: No Contradiction in Simultaneous Use of Domestic Power, Interaction with World

2- Iraq PM: We’ll Give Crushing Response to Those Who Attacked Hashd al-Shaabi 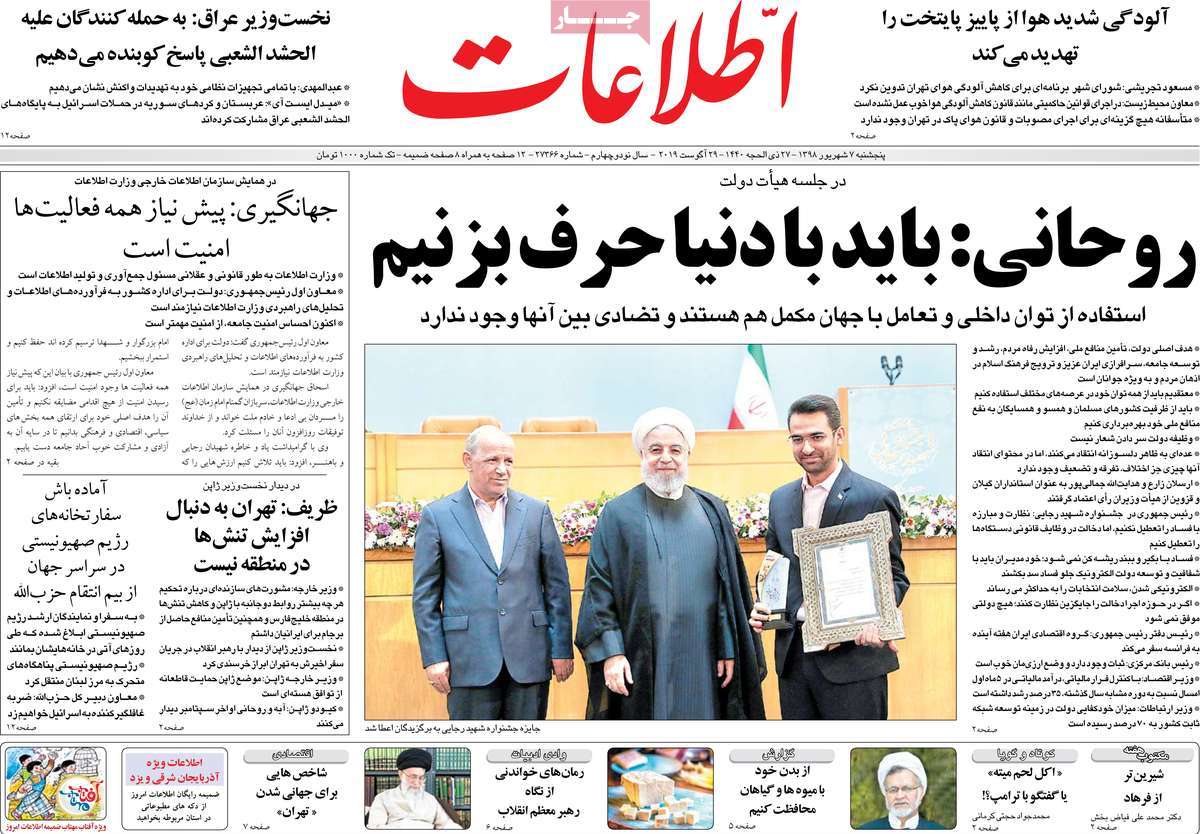 1- Ansarullah Declines Trump’s Offer: We Won’t Negotiate with US

2- UK Ex-Envoy to Tehran: US Seeks to Discourage Iran from Pursuing Its National Interests 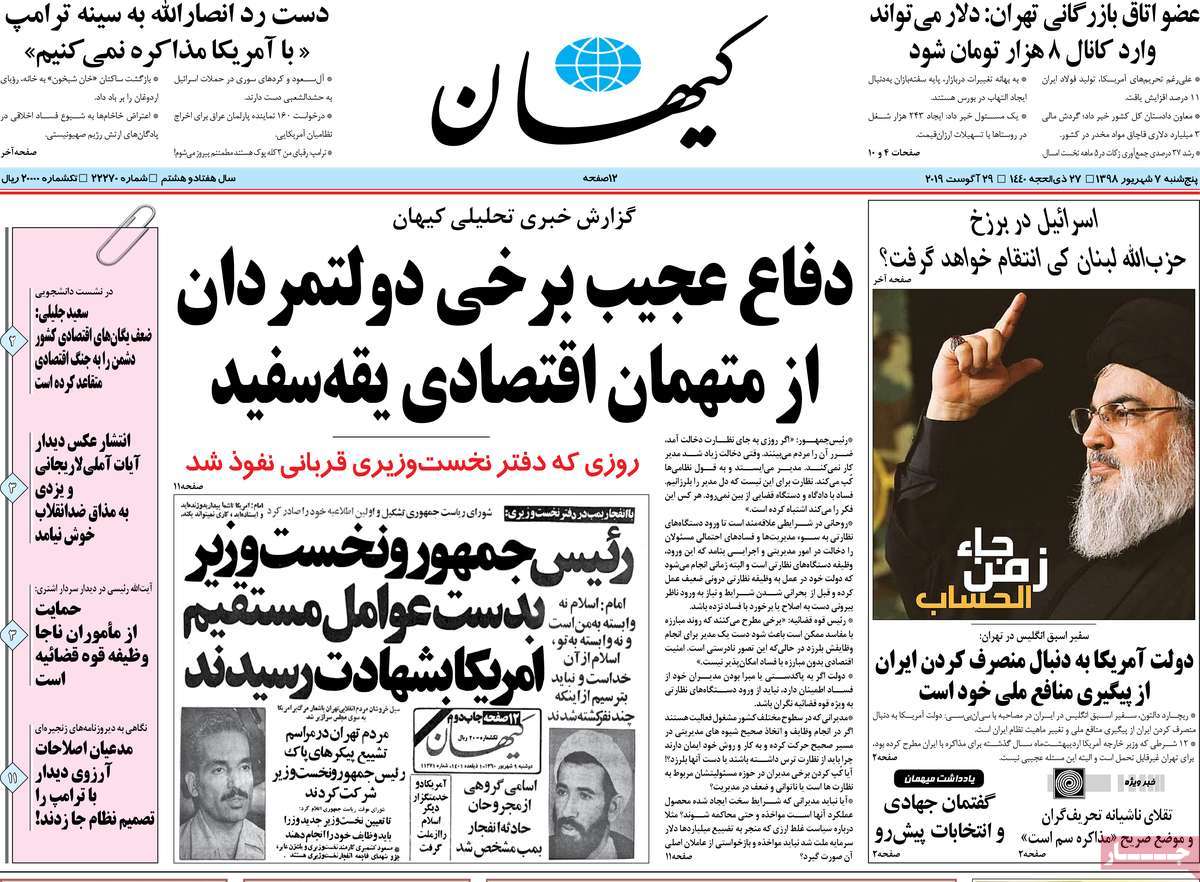 1- Trump’s Nightmares Look Like Those of Nixon: US President’s Popularity at Dangerous Level 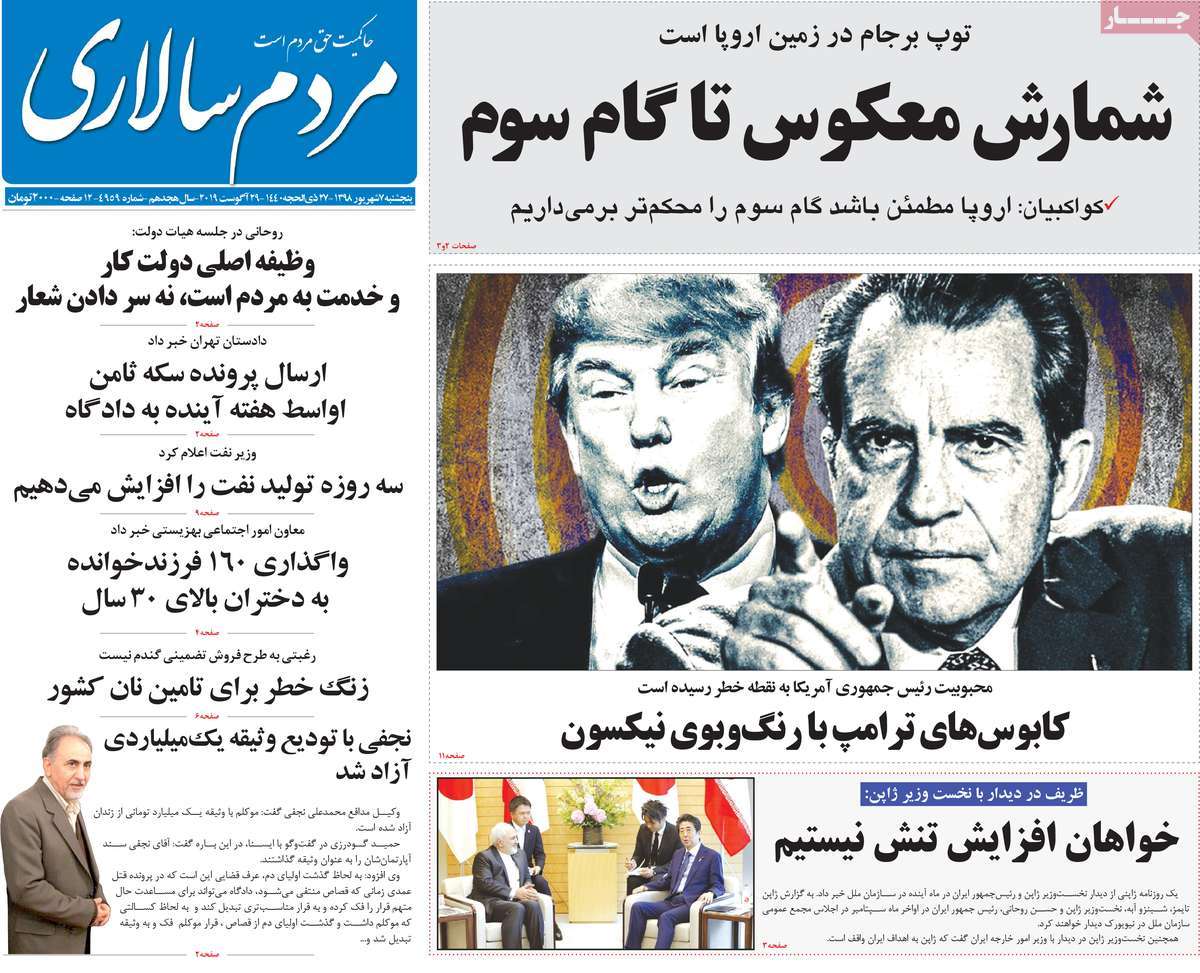 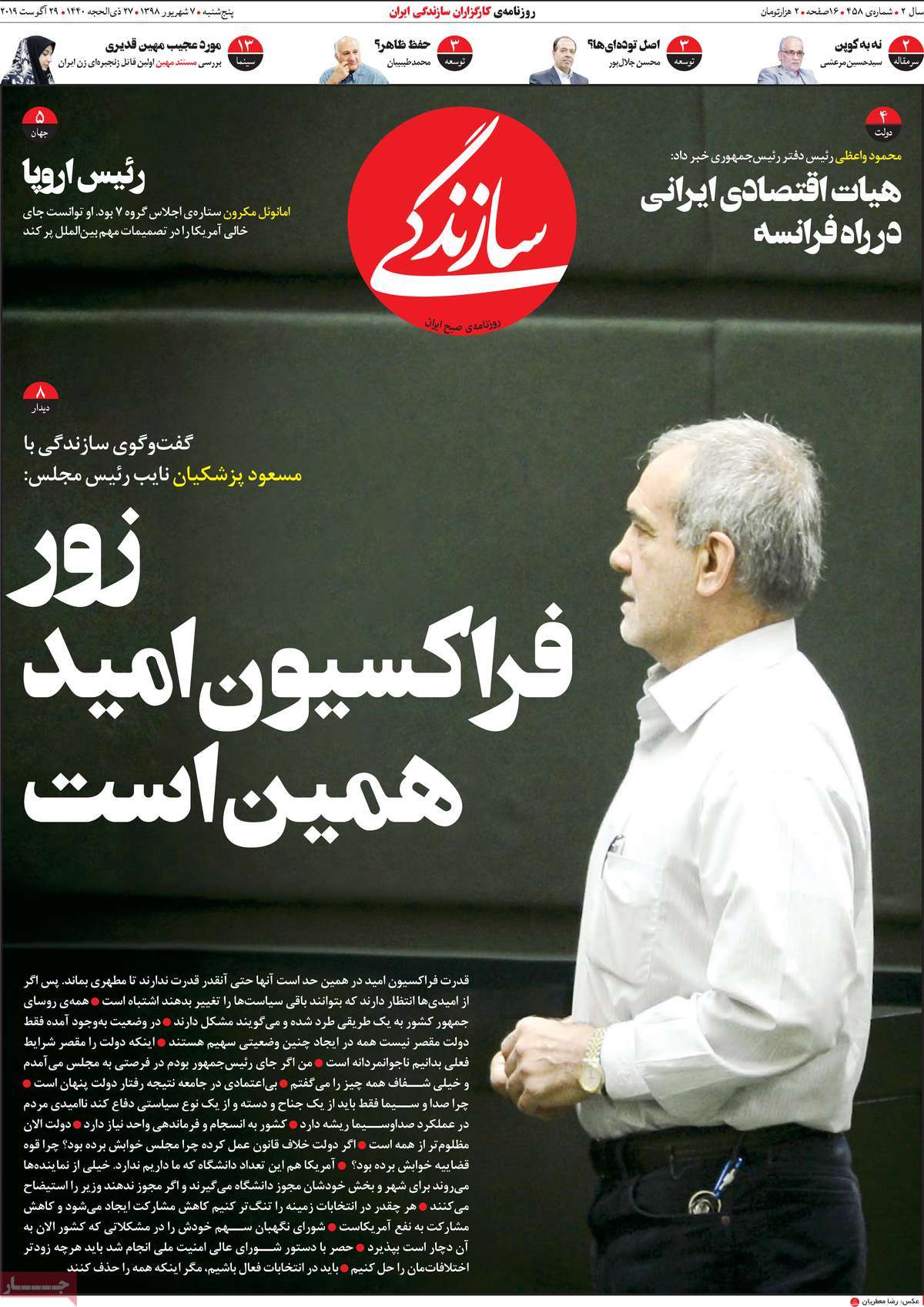 3- Rouhani: People Won’t Be Happy If Gov’t Has No Authority 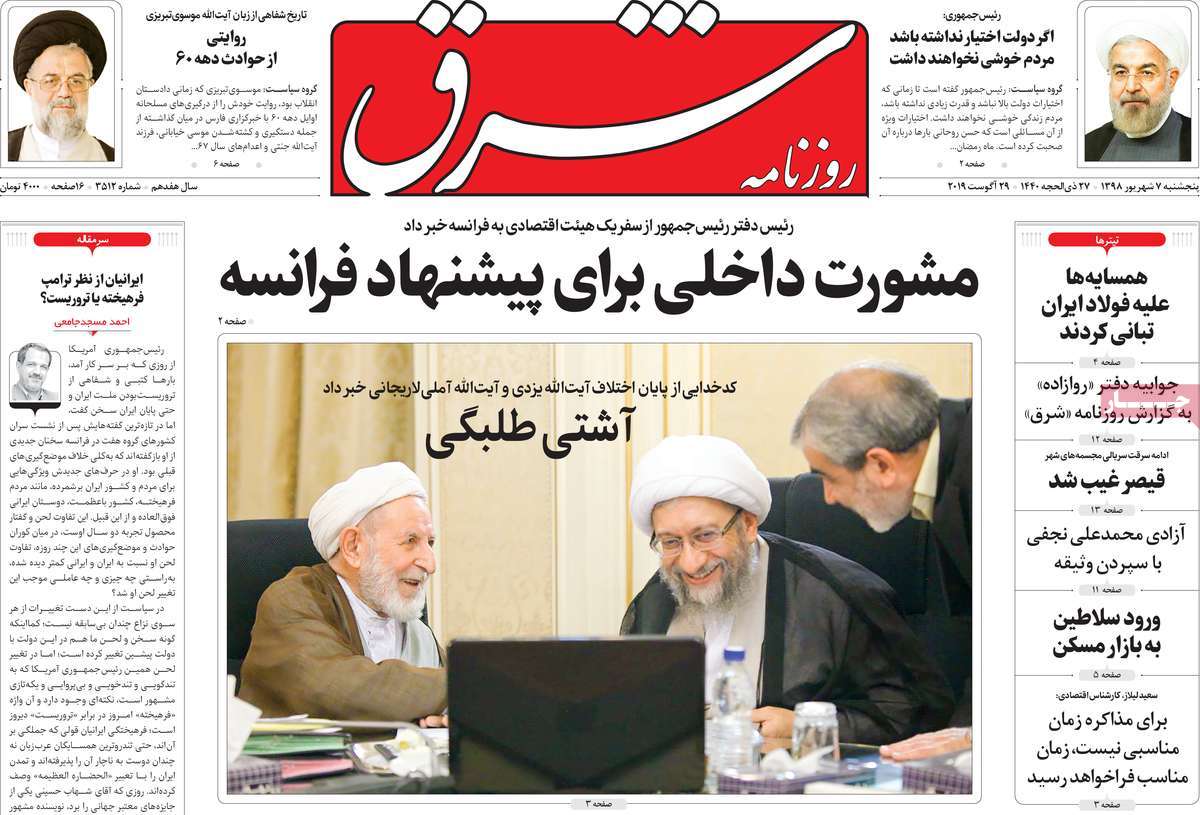