IFP has taken a look at the front pages of Iranian newspapers on Wednesday, August 21, 2019, and picked headlines from 9 of them. IFP has simply translated the headlines and does not vouch for their accuracy.

Abrar:
1- Zarif: Iran Has No Interest in Negotiating with US on JCPOA
2- Iran Leader Grants Clemency to Hundreds of Prisoners
3- Macron Underlines Need to Maintain Iran Nuclear Deal
4- Araqchi: Use of Economic Sanctions Is US’ Most Important Weapon against Iran, N Korea
5- UK Tanker Must Await Court Ruling: Foreign Ministry 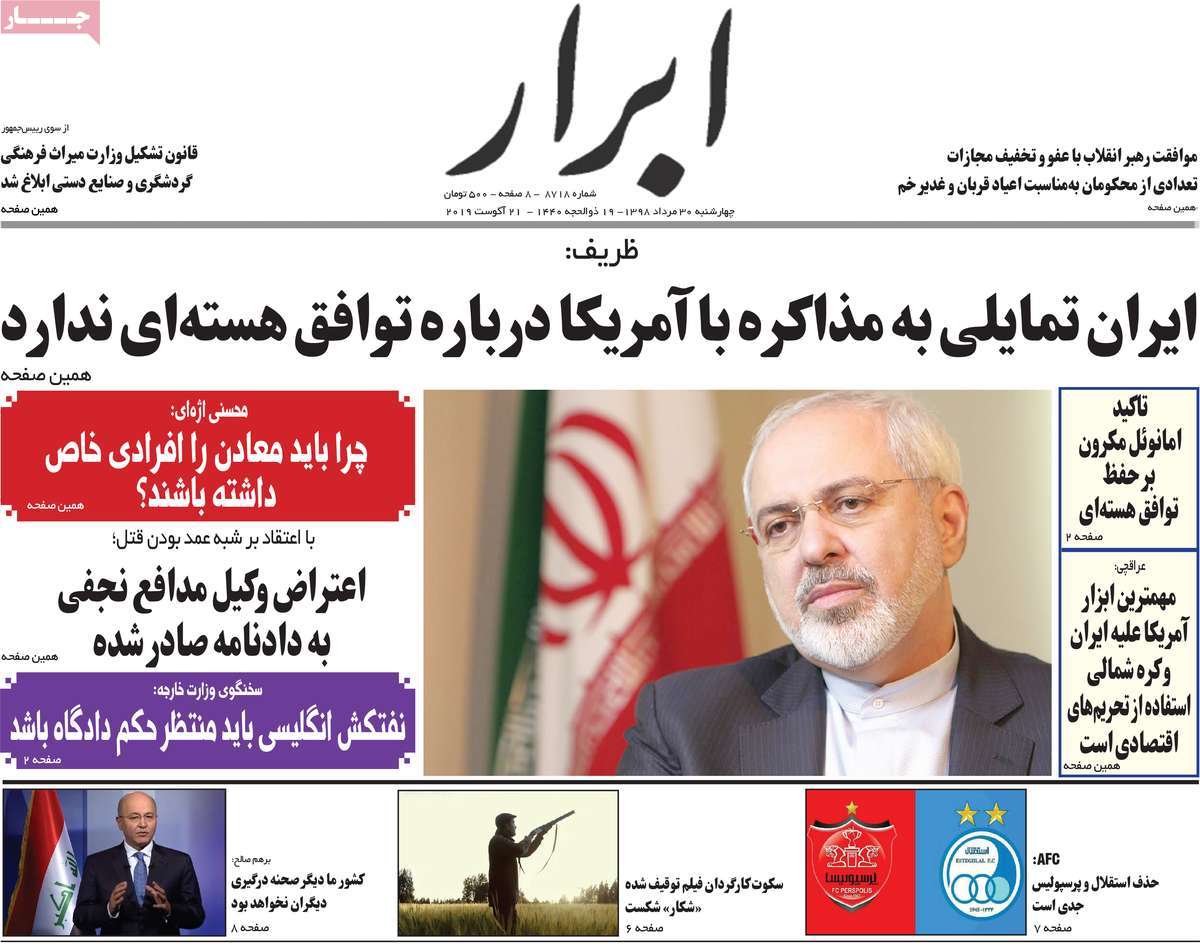 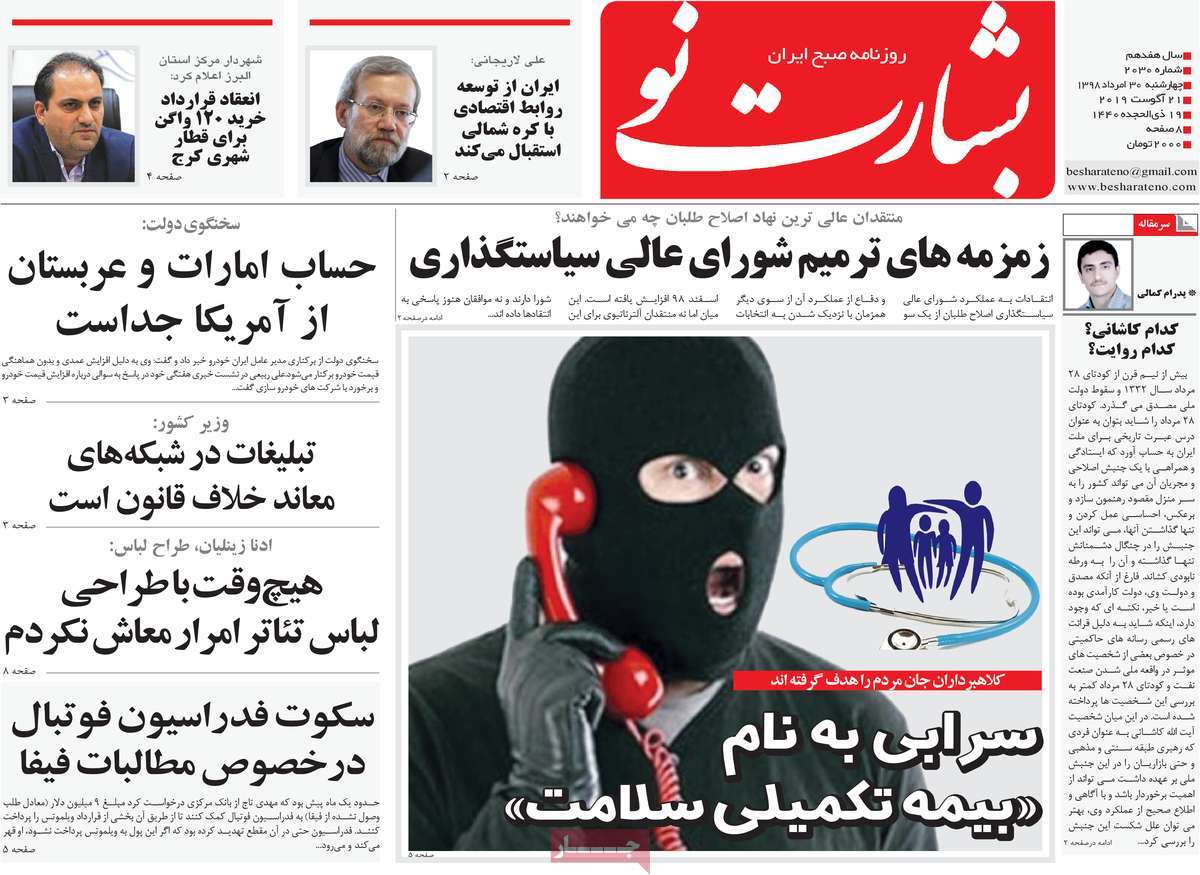 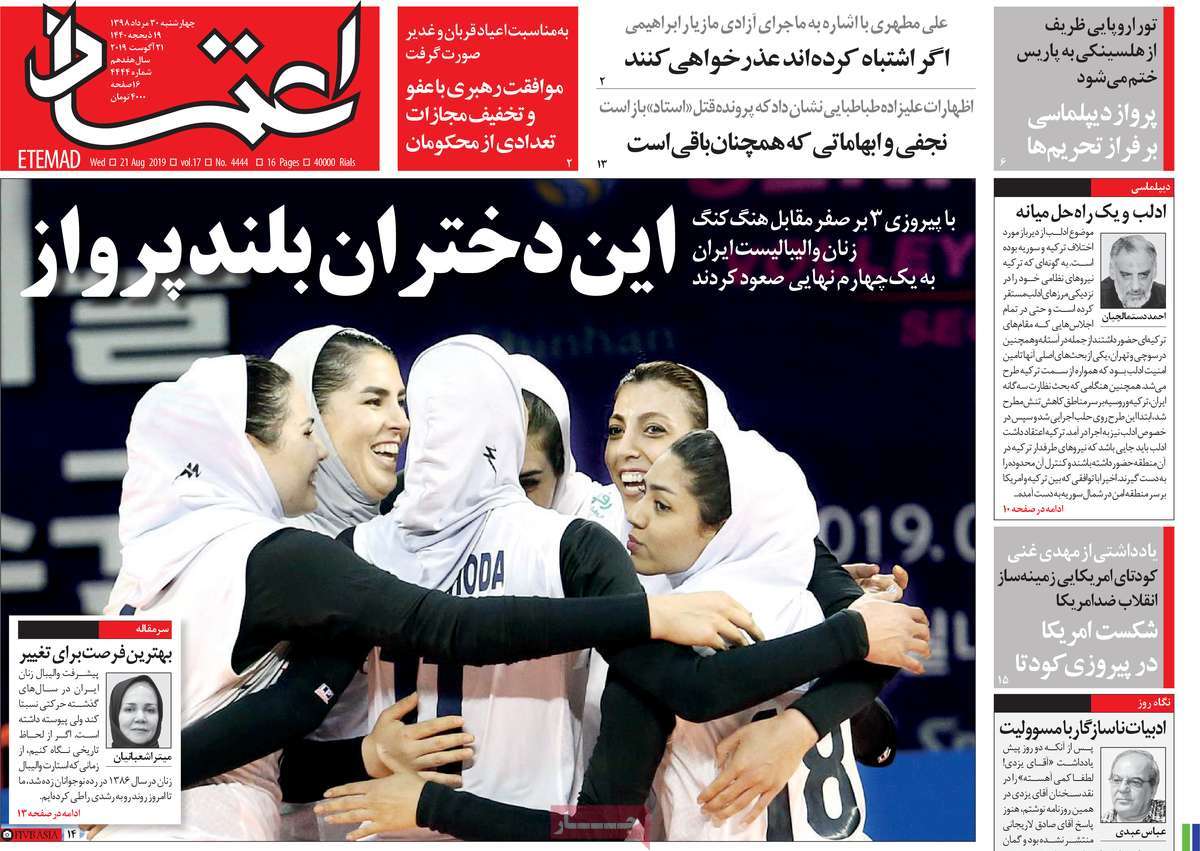 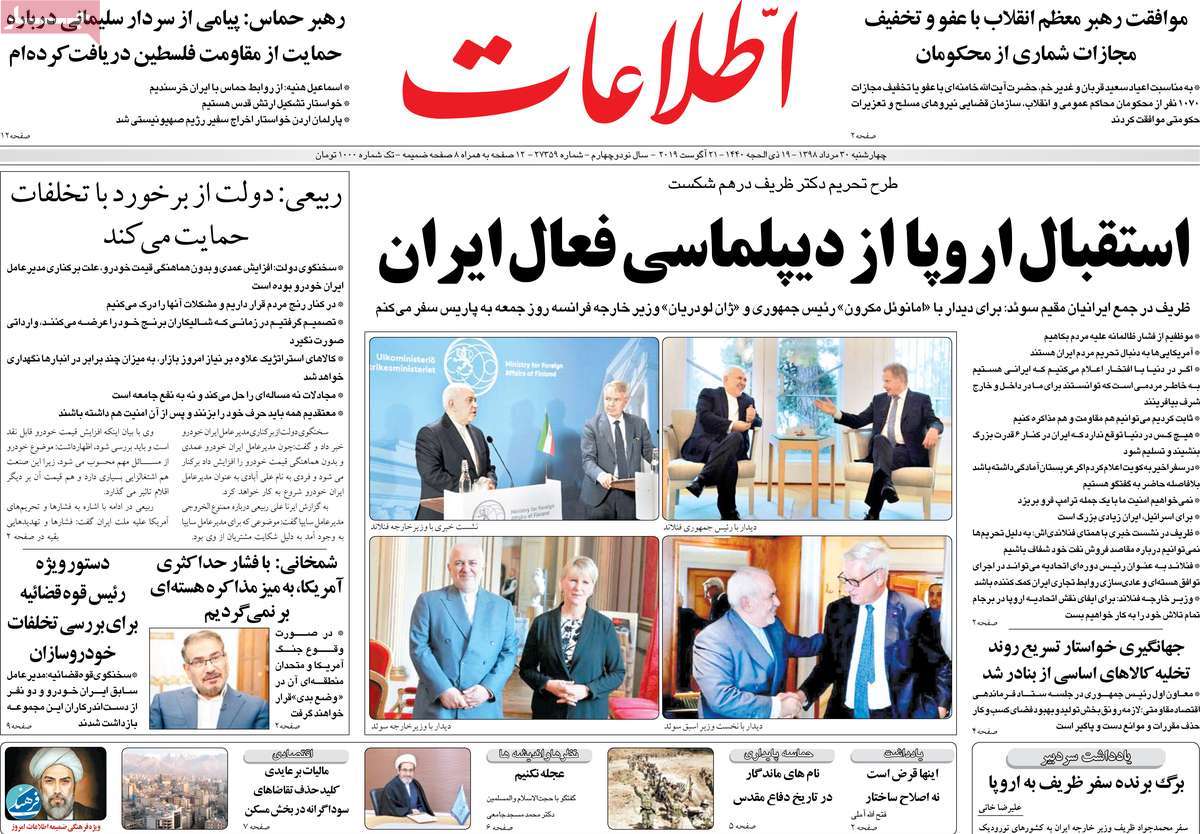 Javan:
1- Zarif: We Have No Interest in Renegotiation of JCPOA with US
2- Iranian Oil Tanker Sails against Direction of US’ Will 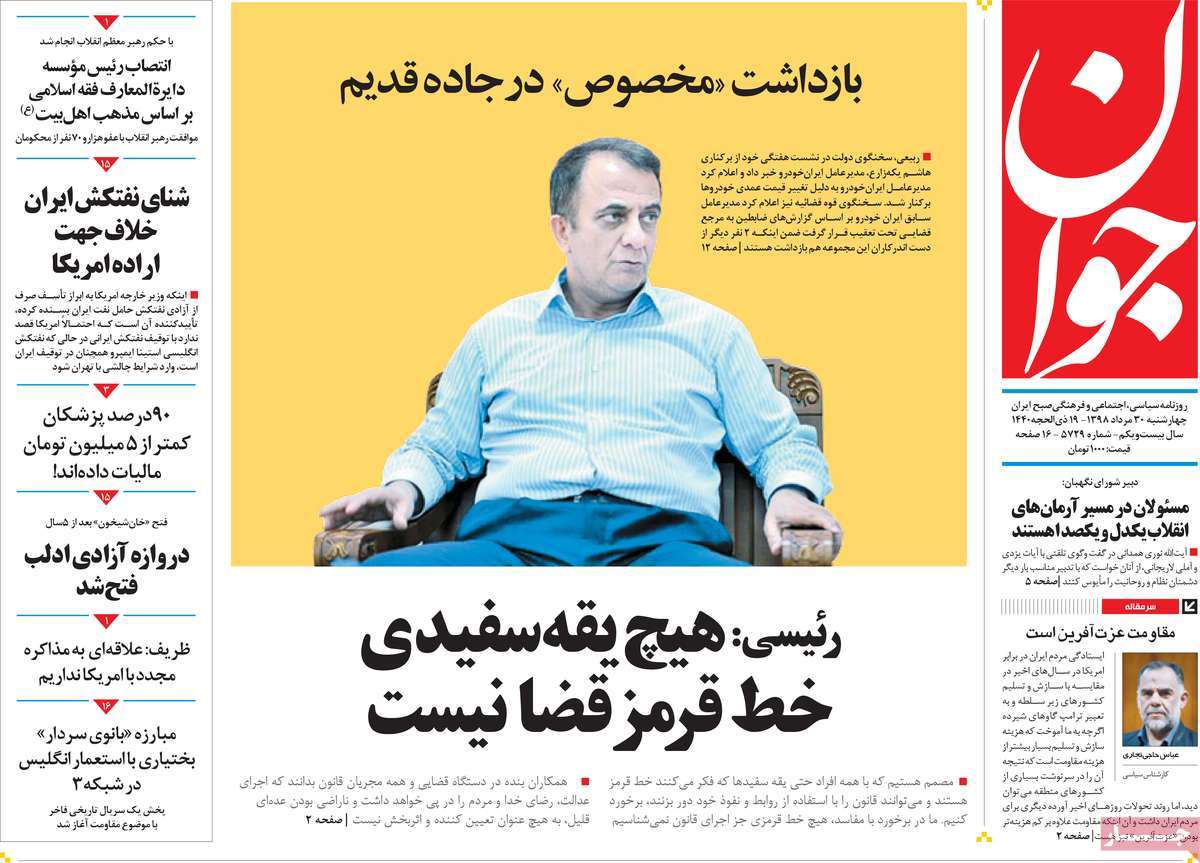 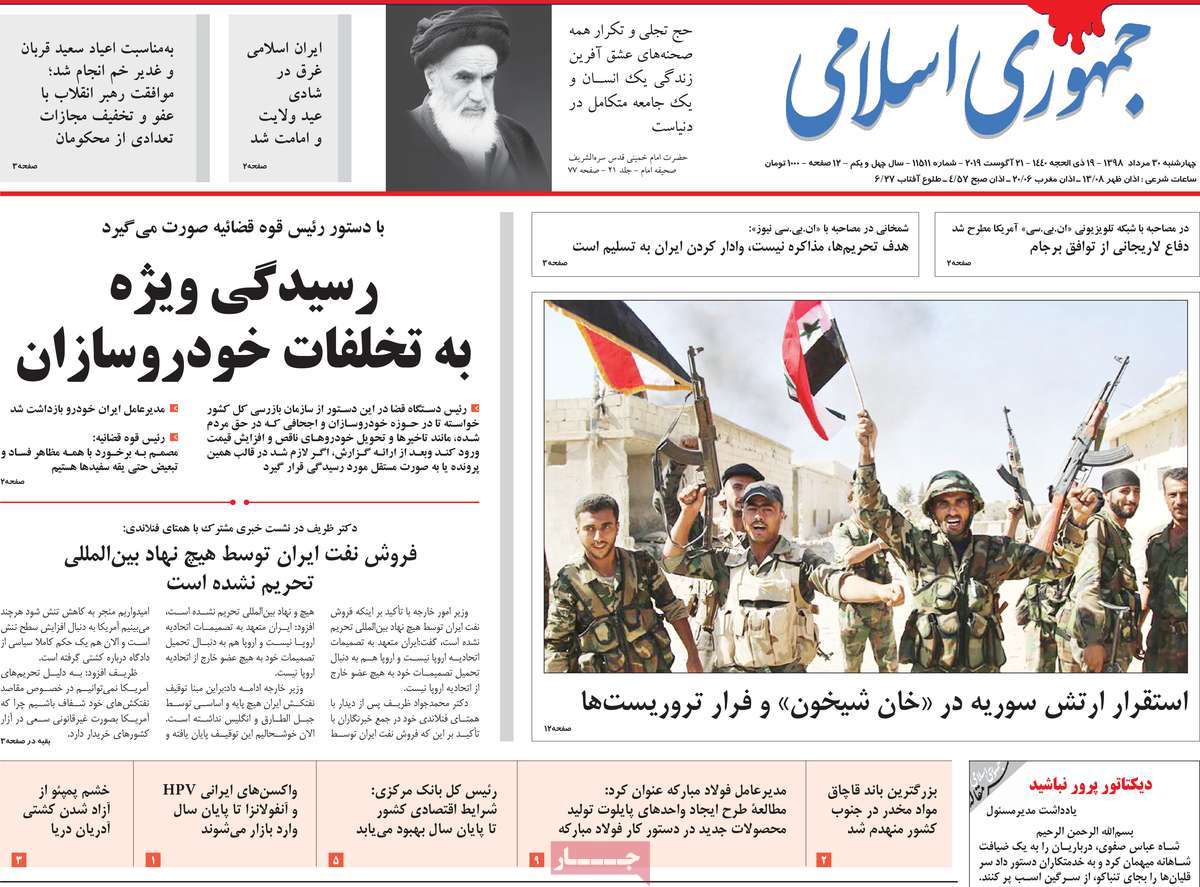 Kayhan:
1- Correct but Late Stance by Shamkhani: We Shouldn’t Have Signed JCPOA
2- Judiciary Chief: Release of Iranian Tanker Not Enough; They Must Pay Compensation
3- Zarif in Sweden: Who Would Believe US and Europe Advocate Human Rights?
4- Iran Leader Pardons, Commutes Sentences of Many Convicts on Eid al-Adha, Eid al-Ghadeer 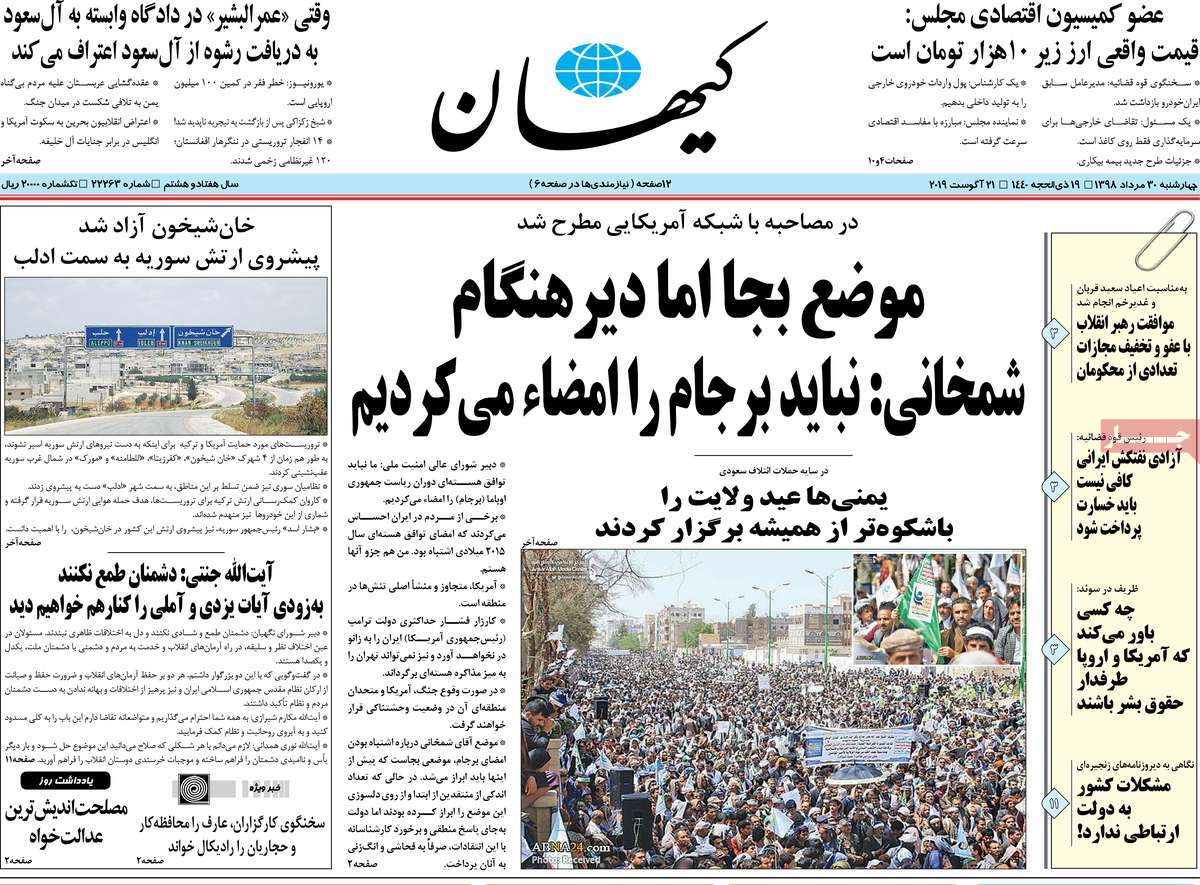 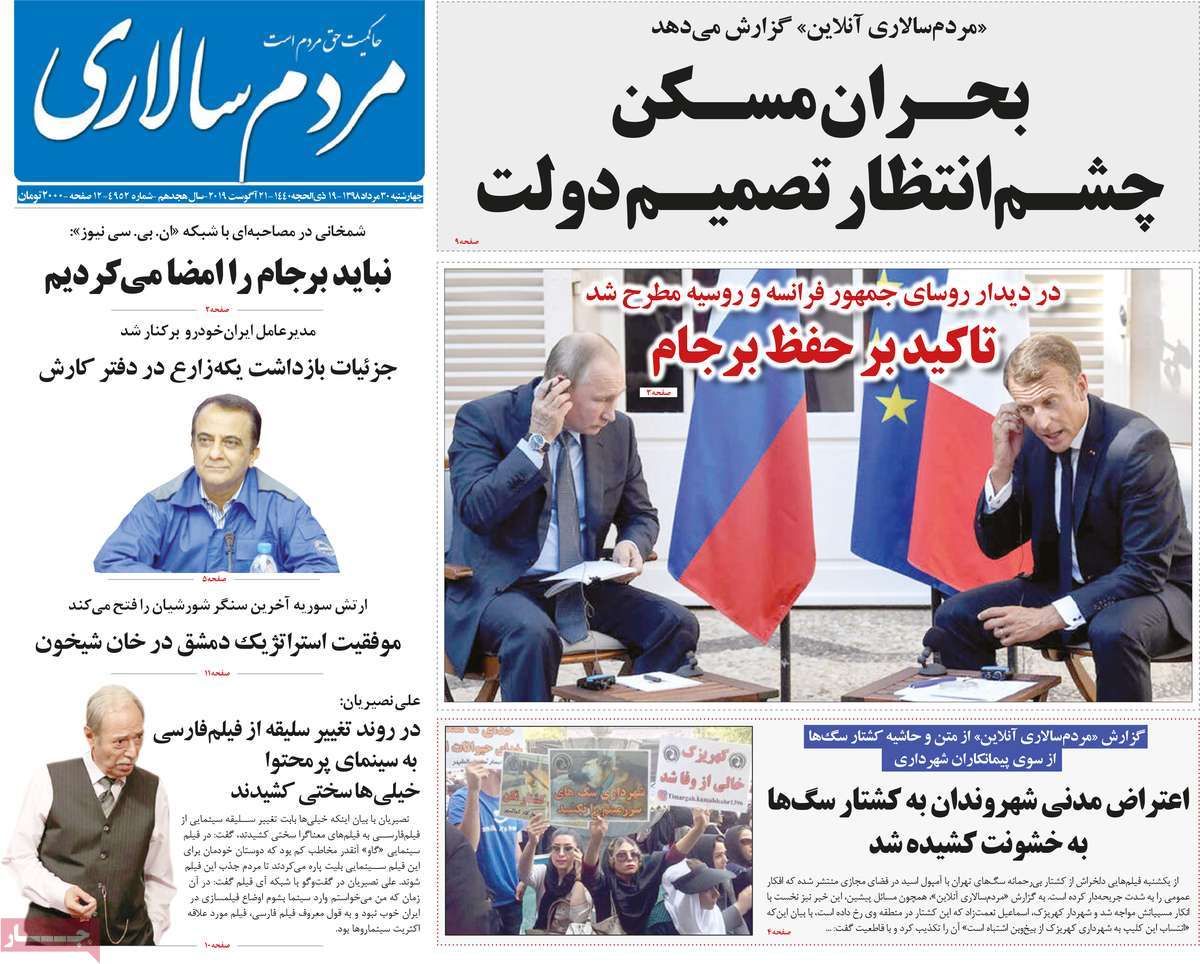 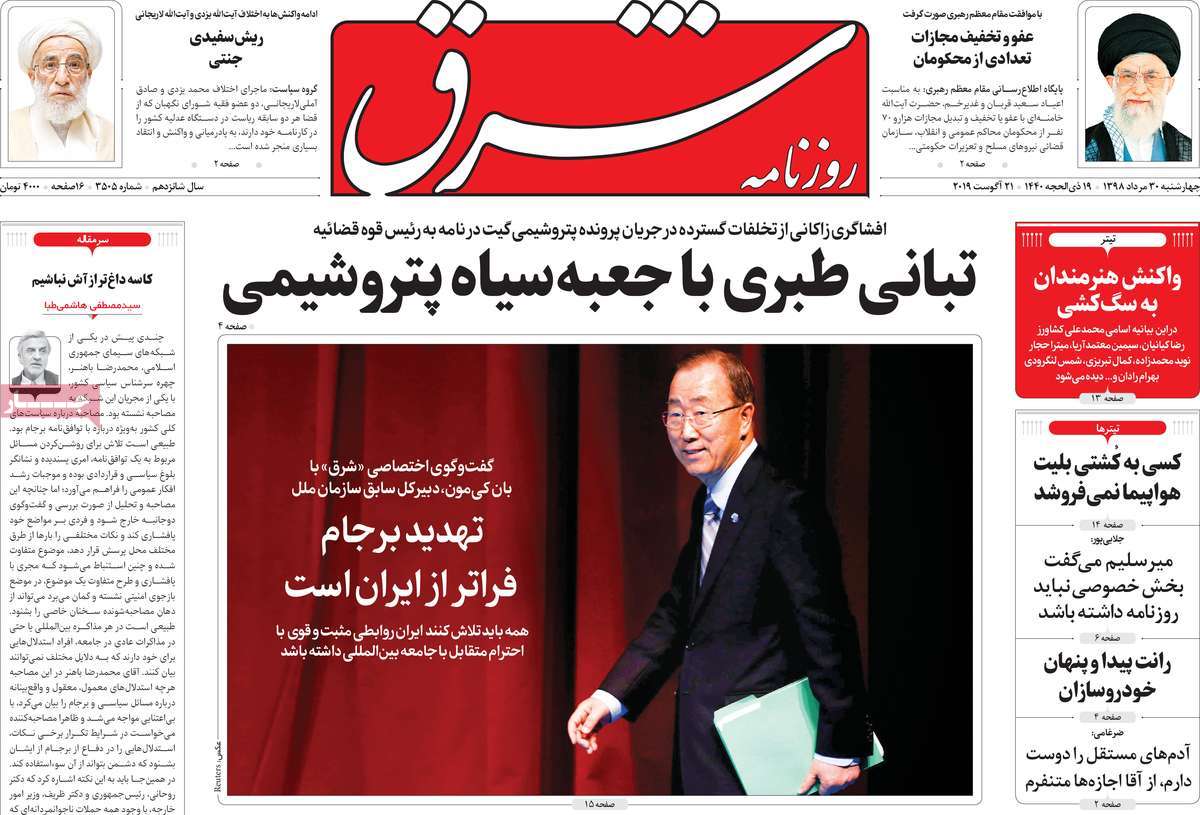