A Look at Iranian Newspaper Front Pages on April 20

IFP has taken a look at the front pages of Iranian newspapers on Saturday, April 20, 2019, and picked headlines from 12 of them. IFP has simply translated the headlines and does not vouch for their accuracy.

The top story in several papers today was the remarks made by Iranian Intelligence Minister Seyyed Mahmoud Alavi about the ministry’s arrest of several CIA agents in different countries.

Also a top story was the release of Mueller’s report about Trump’s possible collusion with Russia in the 2016 elections.

The locusts’ invasion of southern Iran also received great coverage, as they are threatening food security in the entire country following the recent flooding.

1- Second Wave of Locust Invasion in Coming Week: 200,000 Hectares of Farms in Danger 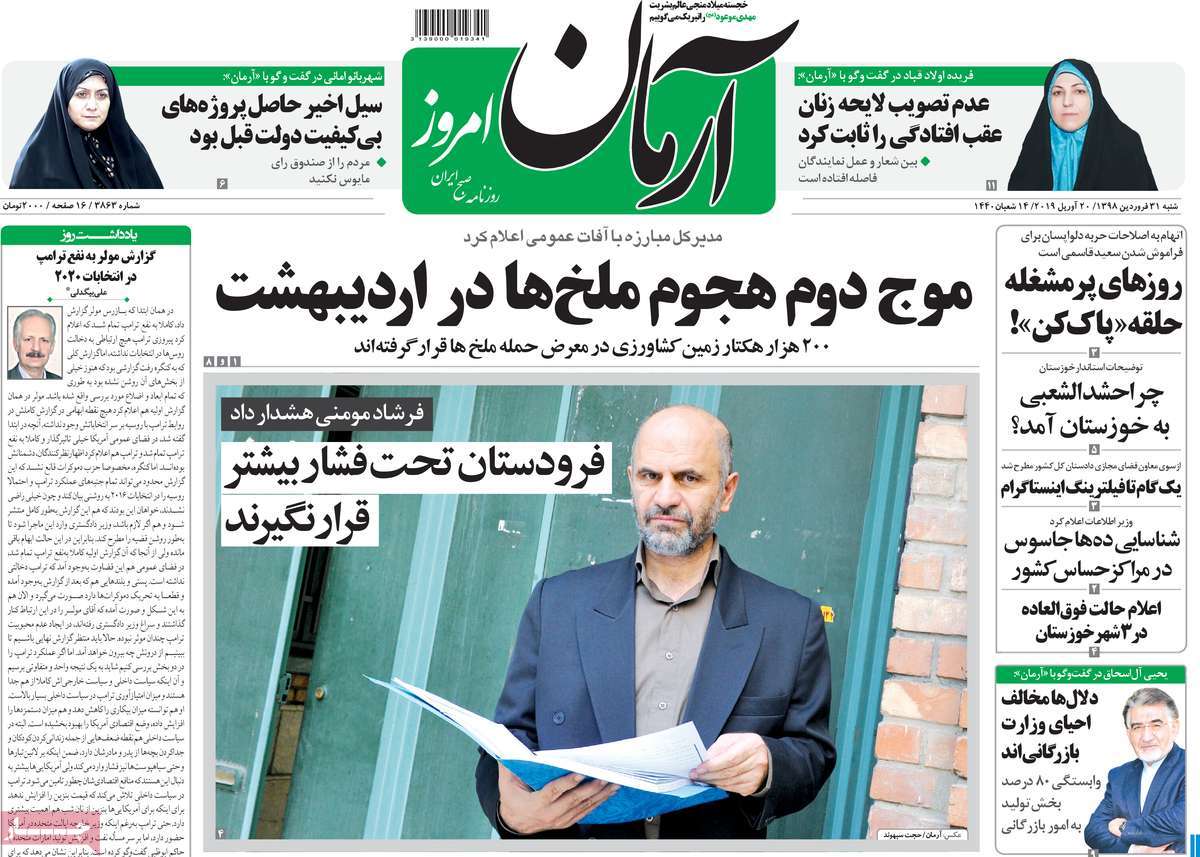 1- Zarif: Government’s Policy Based on Building Ties with Neighbours 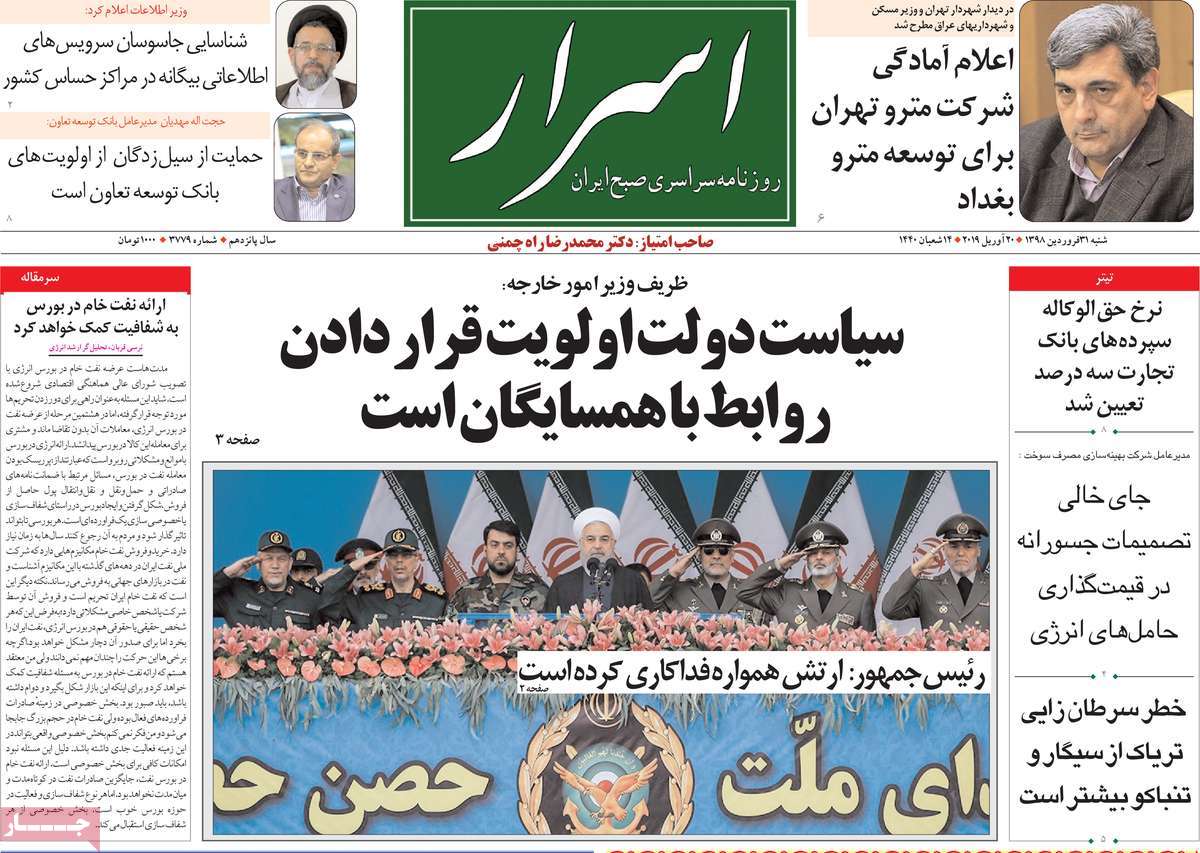 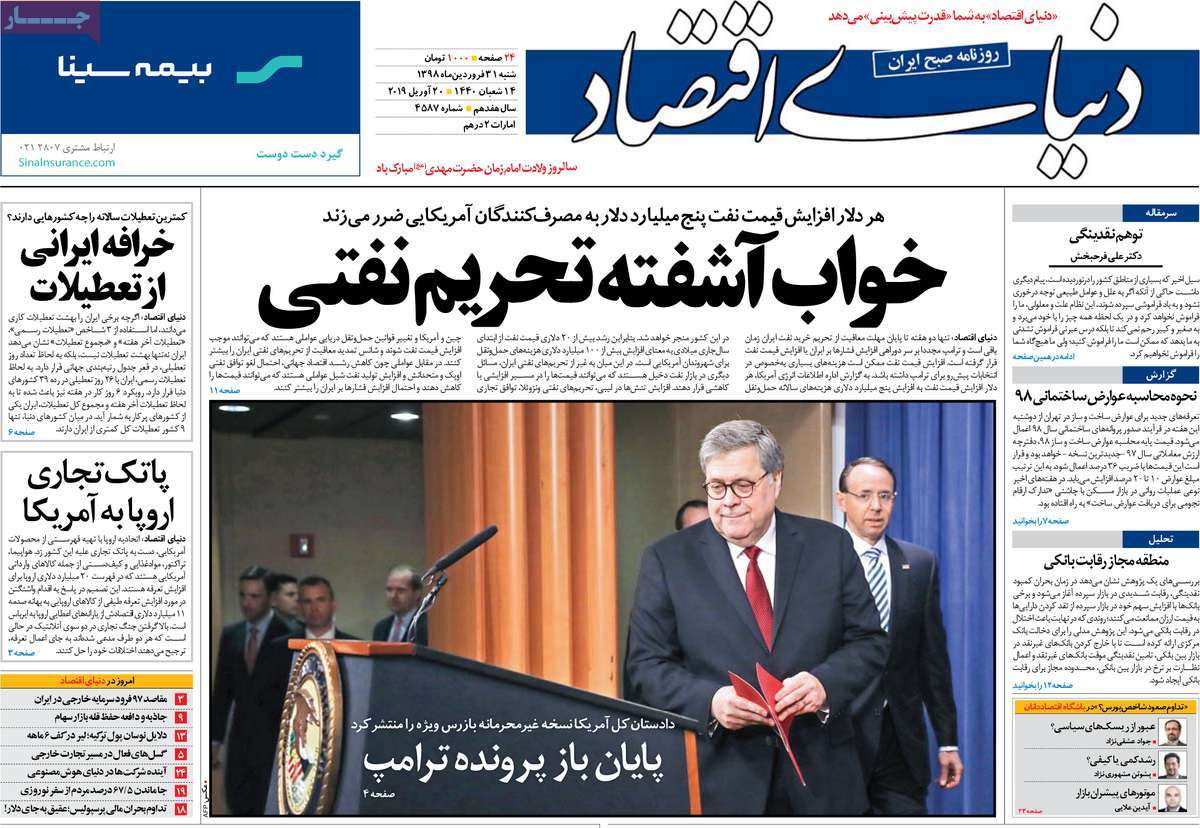 * 20% of Dry Areas of Hamun Revived after Recent Downpours 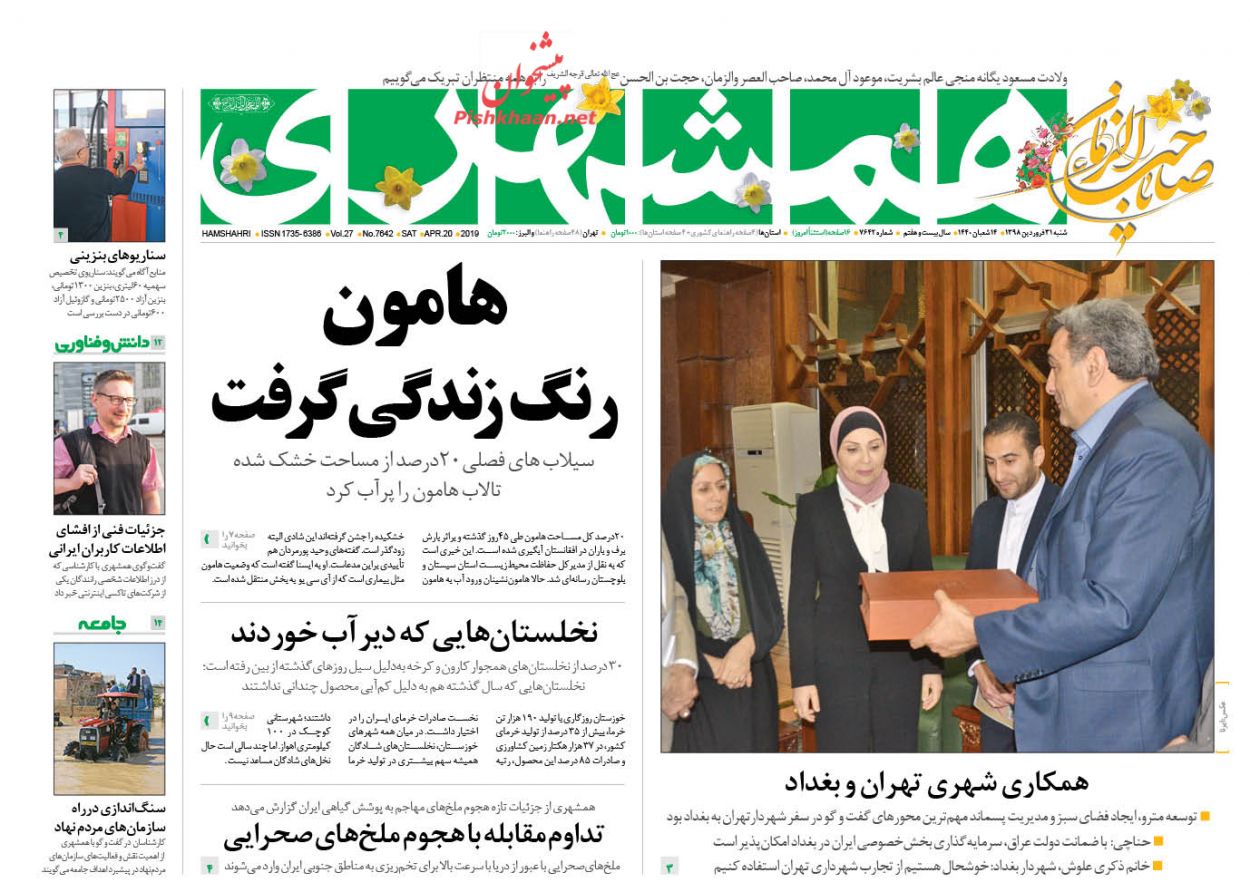 1- Imran Khan Due in Tehran Tomorrow 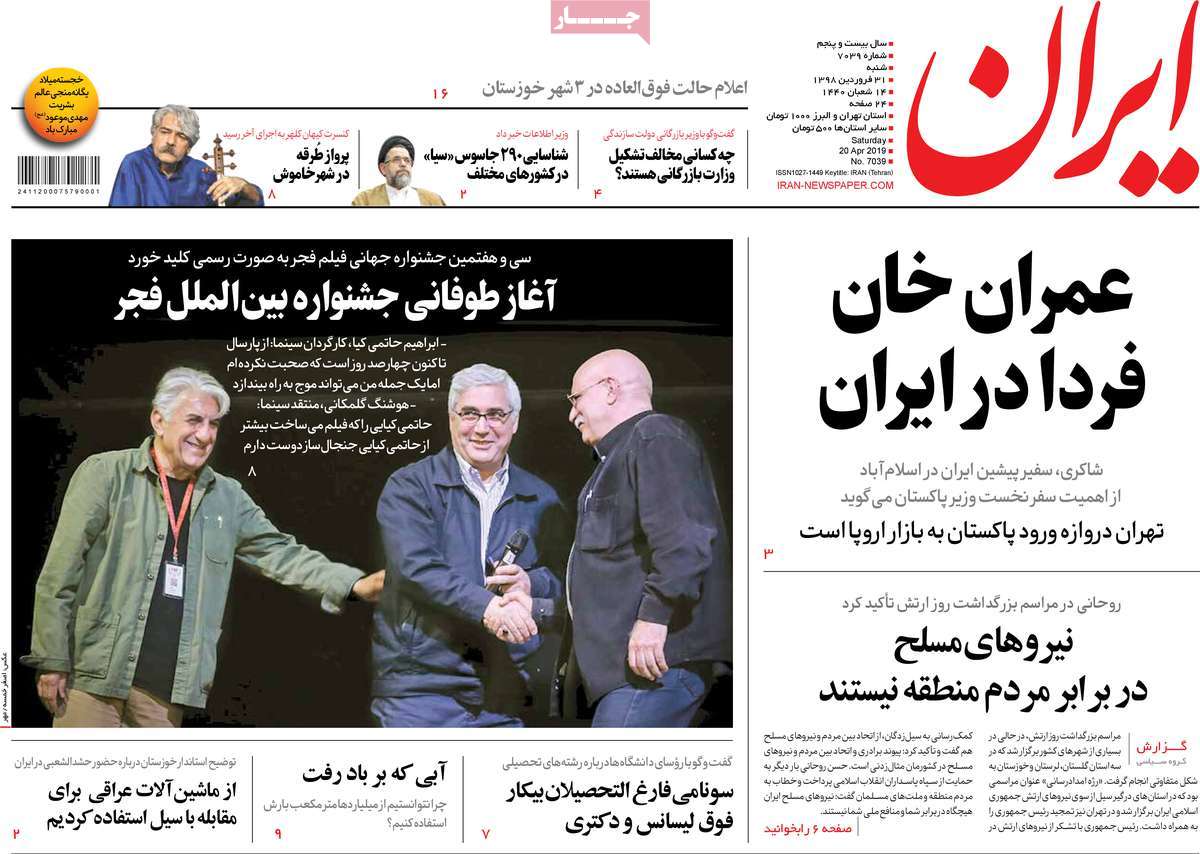 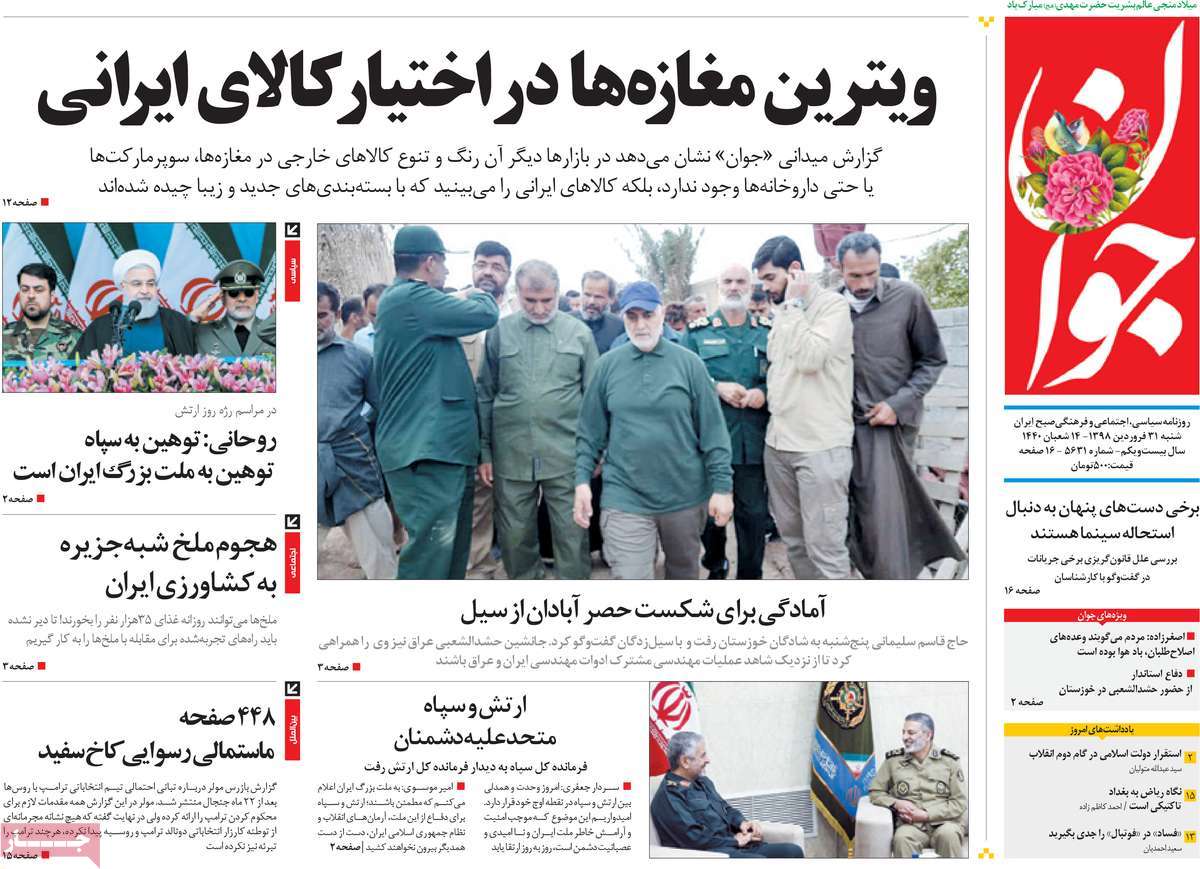 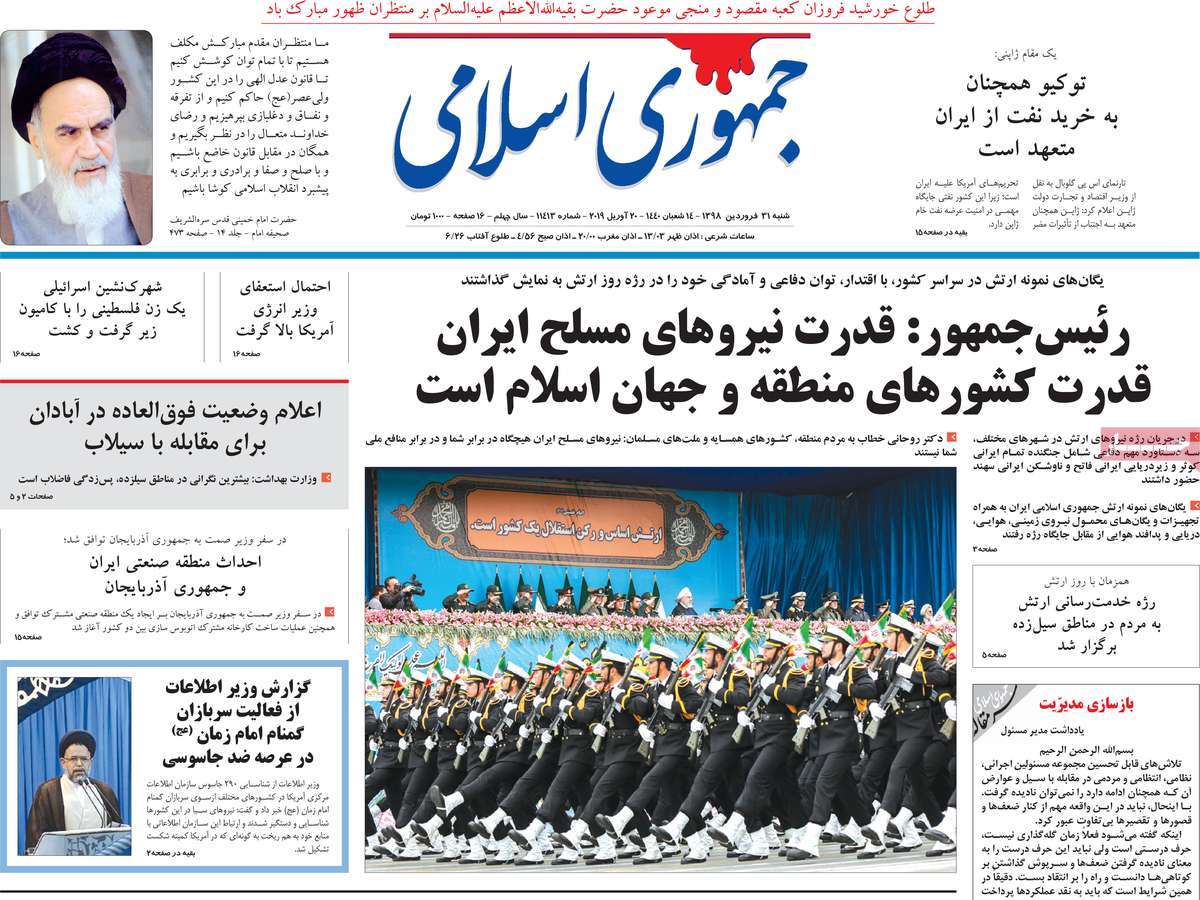 1- No One, Neither Enemy Nor Flood, Can Defeat This Army

2- Rouhani: US Mad at Iranian Nation, Armed Forces Because of 40 Years of Resistance

3- N Korea: We Won’t Negotiate with Immature People Like Pompeo 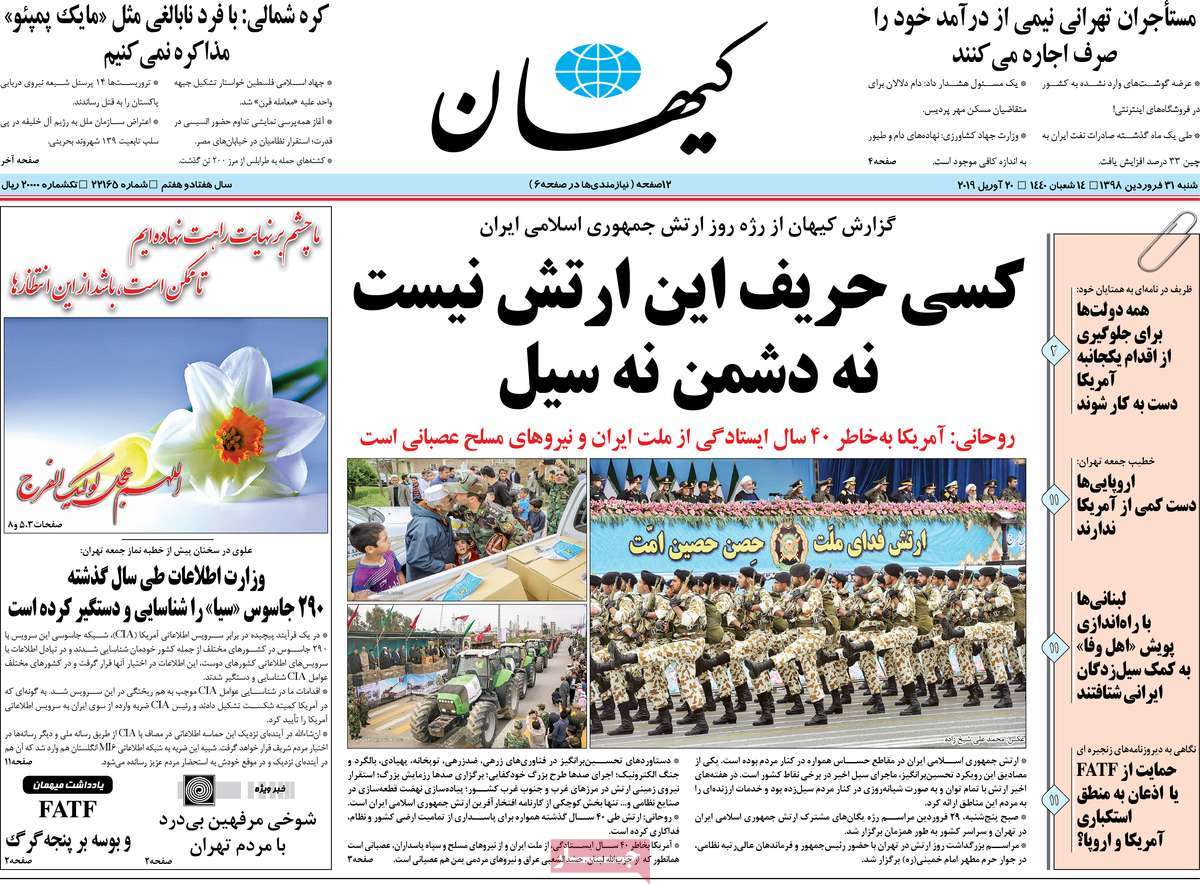 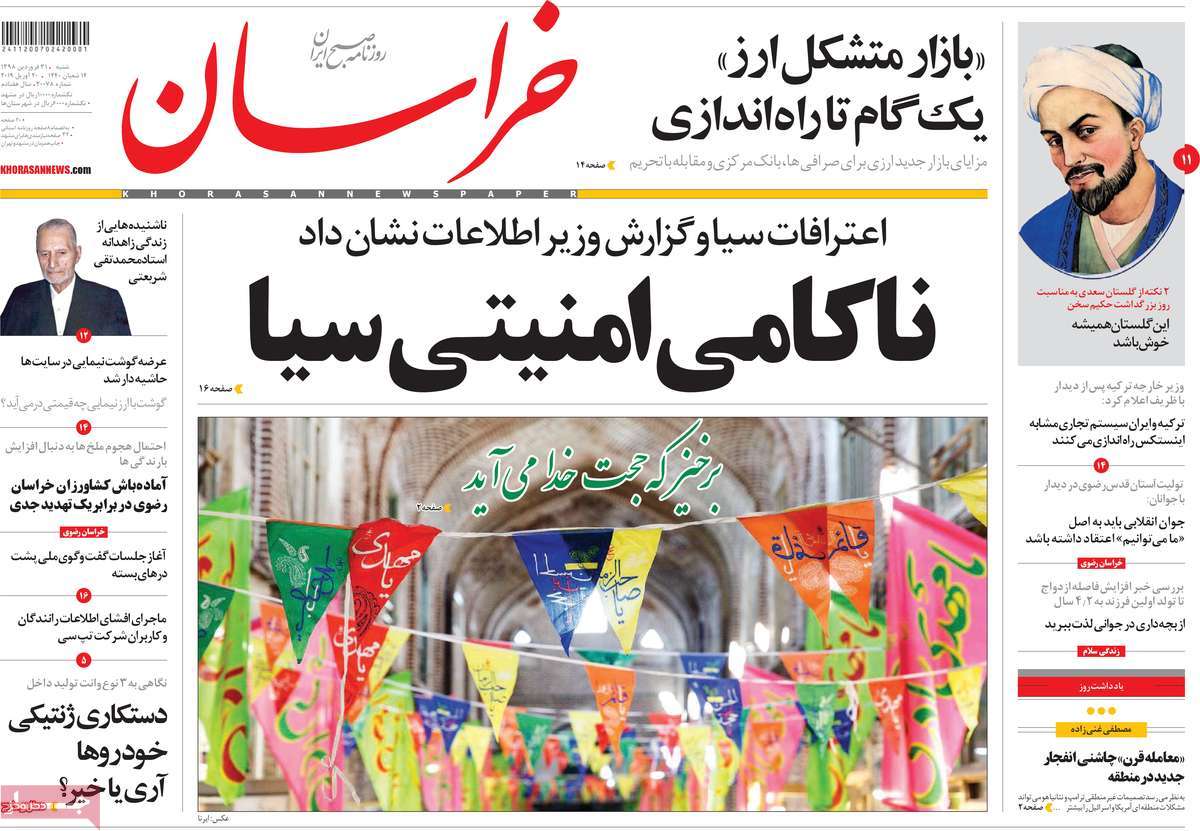 1- Russian Interference in US Elections Censored 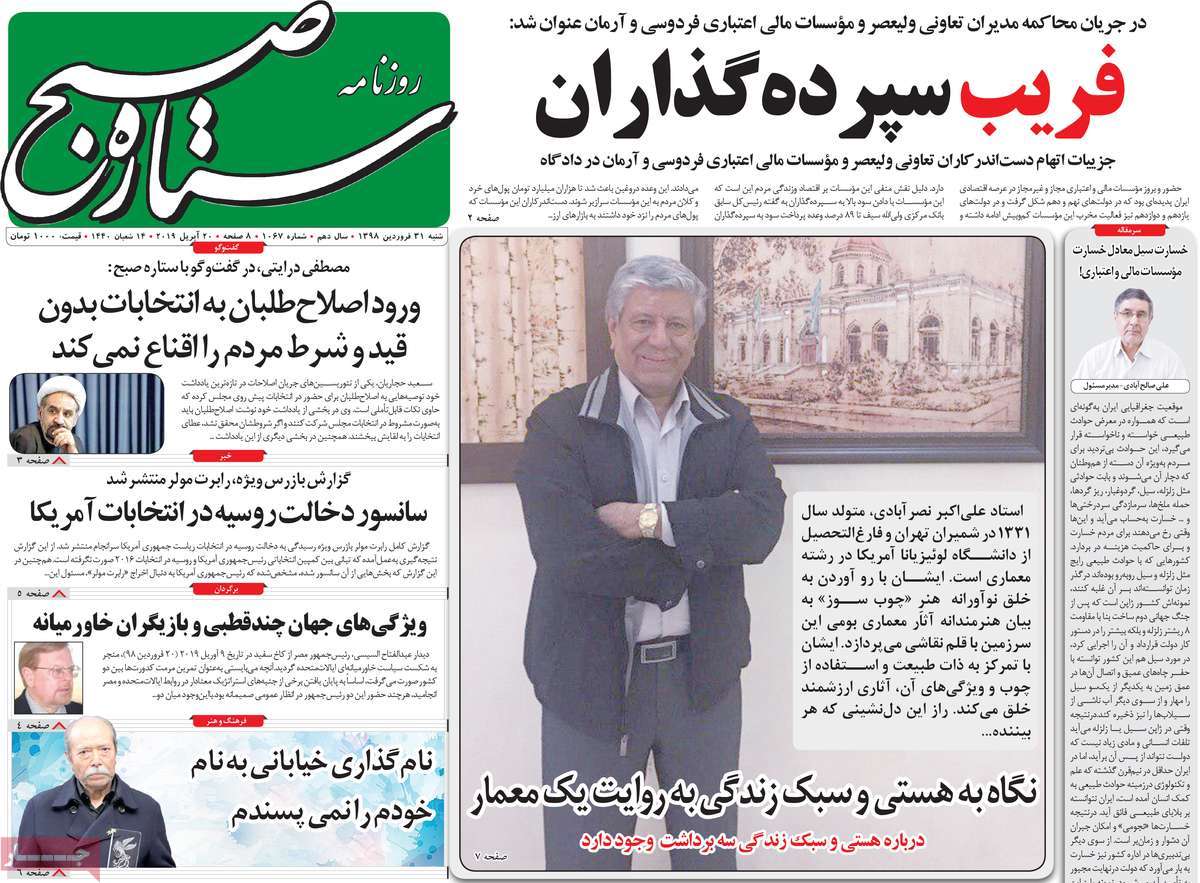 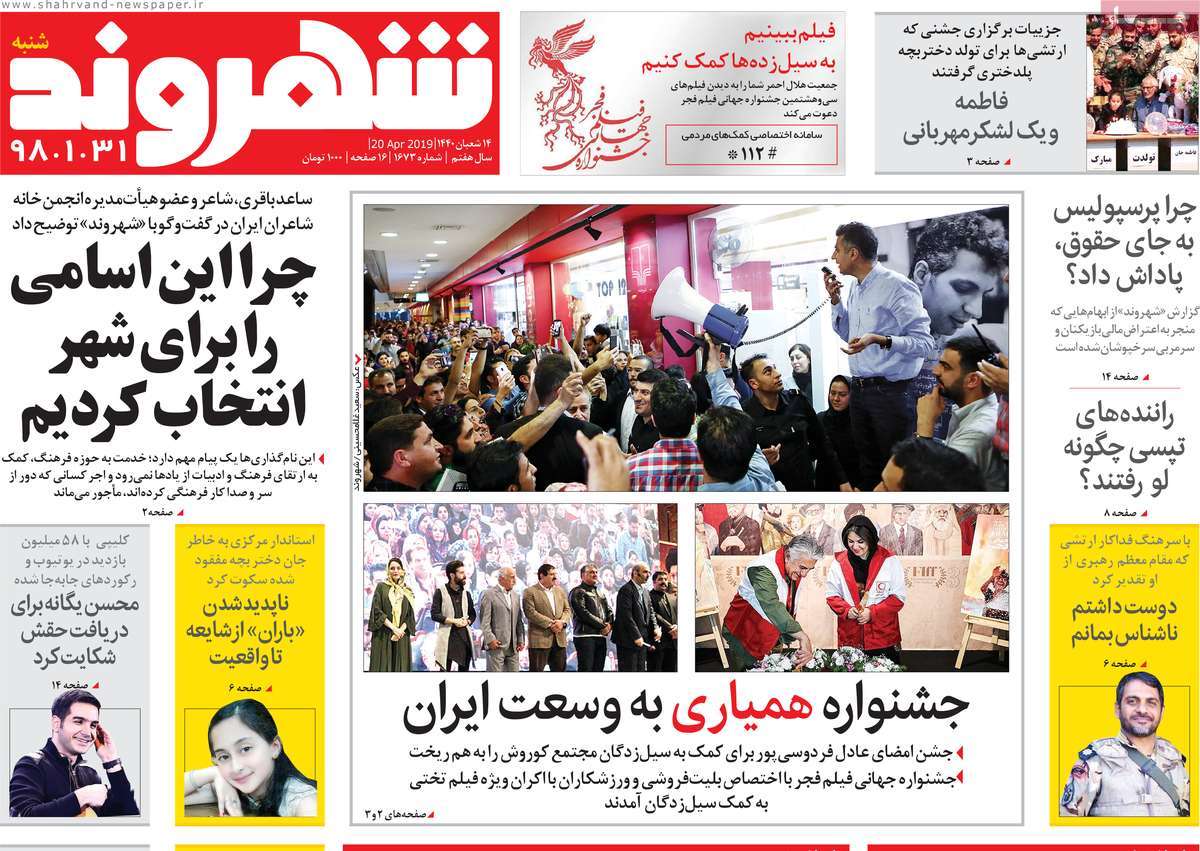 3- Imran Khan from Mashhad to Tehran 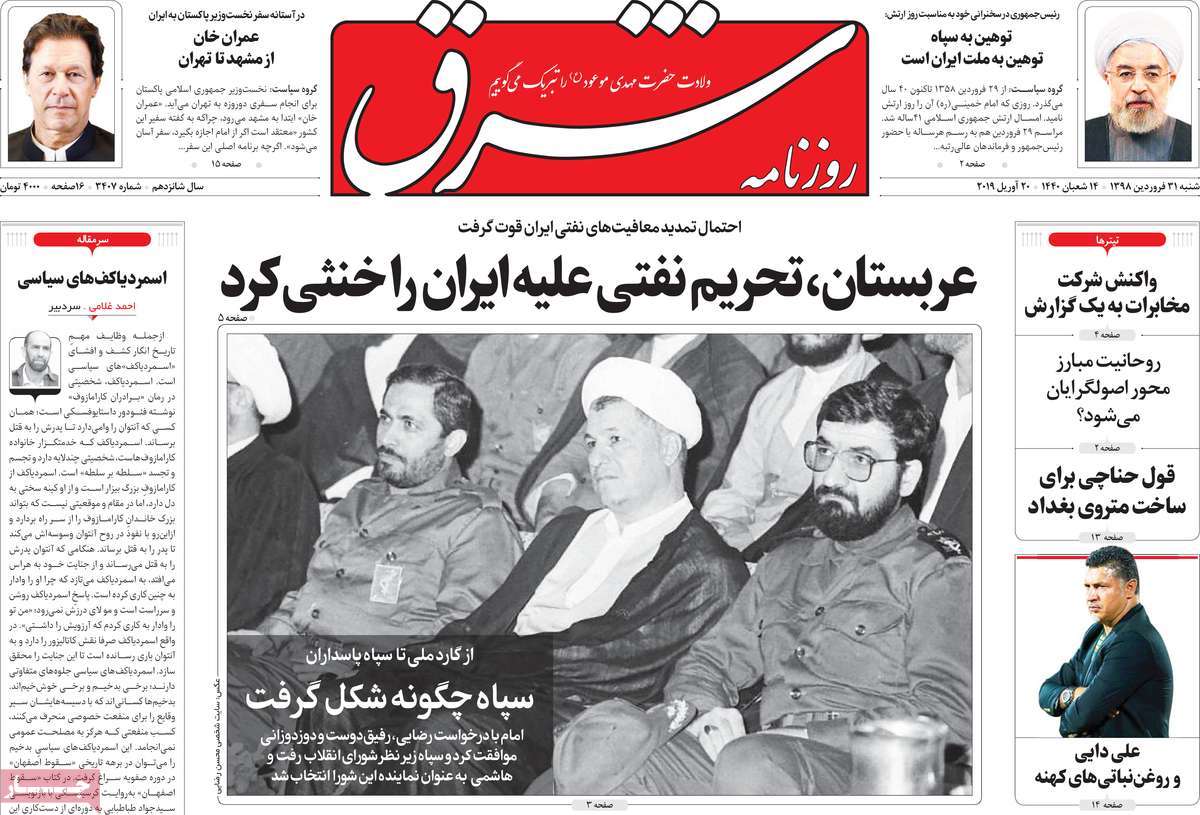