A first female minister in a populist government 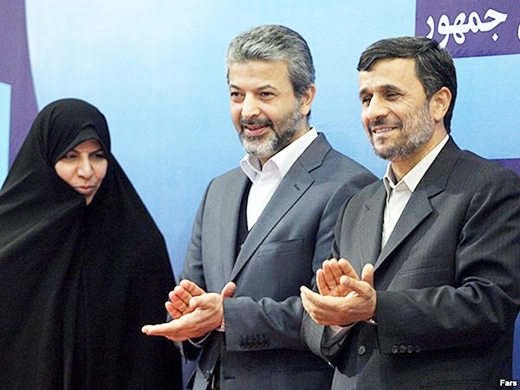 A female Iranian manager says that women have gone a long way to stop gender discrimination in society, but still more needs to be done before they can declare the fight is over.

Women account for almost half of Iran’s population. This 40m-strong population, which can play a key role in the administration of affairs in the country, has tried for years to prove itself. Women’s long struggle for equal rights has had one major result: the glass ceiling is cracked. But it is not broken yet.

Women have proved themselves in academic circles, but they have a long way to go to be fully engaged in all sectors in the country. Their next step is assuming managerial posts, holding public office and engaging in political activities on a larger-scale.

Aftab-e Yazd daily on September 14 published an interview with a young female manager at the Ministry of Cooperatives, Labor and Social Welfare on what has been done for women in the country, especially in the workplace. Binazir Jalali, who is the director general of the ministry’s Cultural Department, compares the current government with its predecessor and says that the appointment of a female minister in the previous government was part of the populist agenda Ahmadinejad was pursuing. The following is the translation of part of her remarks in the interview:

What has been done?

We are moving toward helping women, especially female workers, and reducing their work-related problems. But women refuse to get involved in union activities. […] Women can pursue their problems, including hidden workplace violence, through women’s gatherings. Women tend to remain in the background and this is a problem. […]

What can women do?

Women think it is a masculine job to get involved in those activities. […] We are trying to establish interaction [between the employers and workers] and reduce the costs of labor activities for women. Female workers can solve their problems – to some extent – by joining gatherings and groups which focus on their issues.

The Ministry of Cooperatives, Labor and Social Welfare is pursuing women’s affairs and attending to the problems of all women, including female breadwinners and women affected by social harms. […] A look at the ministry’s performance in the previous governments shows that they were not much concerned about labor gatherings, but the current government, the minister in particular, is dealing with workers’ problems. […]

How do things stand now?

In the past when a woman could hold a managerial post, she was supported by a male family member who was a manager too, so she would face no obstacles. But it is not the case today. Women like me who [climb the career ladder] and take up a post as manager face multiple challenges. That’s why women managers, especially in executive jobs, should be so strong. […]

Previous government and a female minister

On the other hand, his decision to appoint a woman minister did not by any means mean that he paid attention to women. On the contrary, women were not given any credit or value in the ninth and tenth governments.

The presence of women in the eleventh government, however, is fundamental; under this government we are witnessing the appointment of female governors and district governors and this is quite promising.

When the ninth and tenth governments were in office, women went through a period of stagnation despite the fact that there were efficient women the government could tap into their potential.

[…] Social harms are on the rise in Iran. When a man gets addicted, his addiction will affect women in his family because they are likely to be subject to divorce, violence or even addiction. Women are more susceptible to social harms, but it does not mean that these harms are becoming feminine in nature. […]