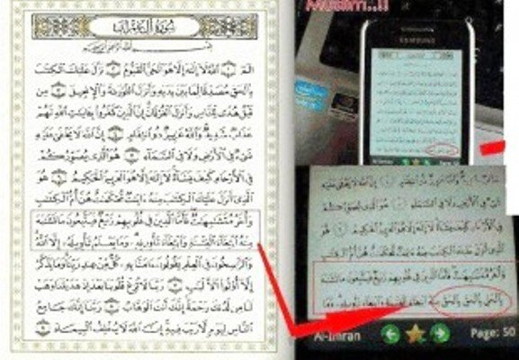 A distorted Koranic application in the app stores of Apple and Samsung draws Muslim anger.

Electronic giants Apple and Samsung have recently put on their platforms a Koranic app which is a distortion of the Muslim holy book. According to Mehr News Agency, the new app which features distorted verses is fraught with typos.

The app which is called The Holy Quran has drawn objection from many Muslims around the world. Some have taken their objection to social networking sites, urging fellow Muslims not to download the app.