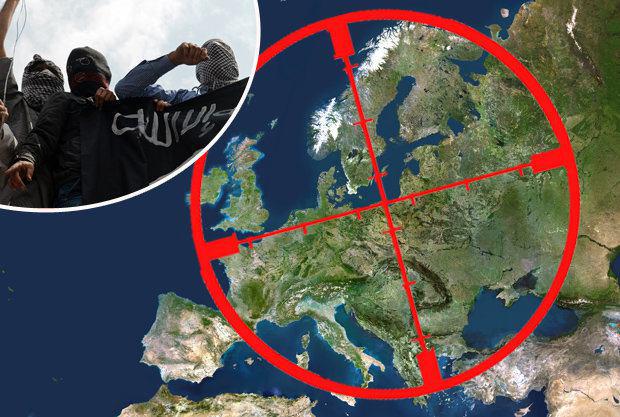 There could be 60 to 80 ISIS operatives hidden in Europe, ready to strike when directed, Dutch counter-terrorism coordinator Dick Schoof said recently.

According to a report covered by Keyhan newspaper, the ISIS operatives are reportedly focusing on preparing for conducting attacks in the continent than returning to Syria and Iraq, as per instructions from the leadership.

ISIS is currently under attack by Iraqi forces in Mosul, where the leader of the terrorist group Abu Bakr-al Baghdadi is also holed up. He reportedly sleeps with his suicide bomber vest on and stays in tunnels that run under the city in Iraq. His growing paranoia has been reported by a source within Mosul to the Iraq intelligence agency recently.

Schoof said that the number of “foreign terrorist fighters” in Europe has not grown in the last six months. However, that “does not mean that the potential threat of those who would have travelled is diminished.”

With continuous attacks on Mosul and other ISIS strongholds like Aleppo, operatives can find it difficult to return to defend its frontlines. The terror group also believes in conducting lone-wolf attacks to wreck chaos and paranoia among people than major coordinated attacks. However, the Paris and Brussels terror attacks have been among the major attacks in recent past by the group.

Schoof added that the military offensive against the group was scattering the fighters. It is also likely that with the central command under attack coordination with fighters outside has become difficult for the group.

He further added that the counter-terror operations in Syria and Iraq could increase the number of refugees travelling to Europe, IB Times reported.

While Netherlands has not been attacked so far, attacks like those in France and Belgium means “the chance of an attack in the Netherlands is real”, he said.

“We have seen 294 terrorist fighters go overseas in Iraq and Syria and there are still 190 over there,” he said. “And what happened in France and Brussels and Germany could happen to us,” he said.