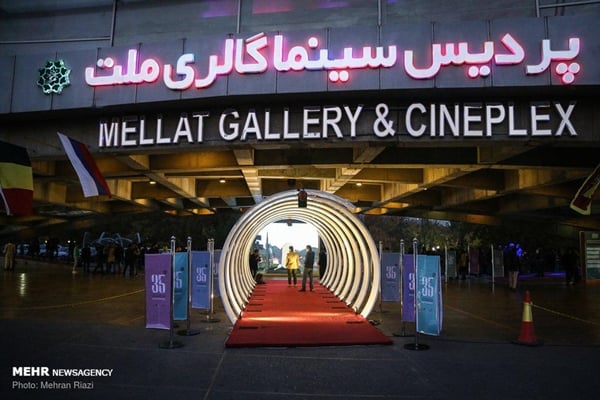 The 35th edition of Tehran International Short Film Festival (TISFF) is underway in the Iranian capital, with the main goal of introducing the world’s best short films and creating a constructive competition between filmmakers from across the world.

The festival screens Iranian and foreign short films from different countries of the world. This year, it has received an overall of 5,050 films in four sections (main, features, animation and documentary) from 121 countries out of which the festival’s selection board finally picked up 72 films from 30 countries to compete in the four sections.

In a message to the festival, Iranian Minister of Culture and Islamic Guidance Seyyed Abbas Salehi said, “Today we live in an era in which a part of the world with a short history is seeking to isolate an ancient country with a long history and civilization.”

“The American politicians are attempting to cut our ties with the world but they should come to realize the fact that Iran’s civilization is based on culture and art which know no restriction and isolation,” he noted.

“That’s why, amid the current sanctions and threats, more and more countries have applied to take part in Tehran festival and Iran warmly welcomes the films by leading directors from around the world,” Salehi added.

Alireza Sami’e Azar, one of the lecturers in the specialized workshops held during the festival, says making short film is a prelude for many film directors to make their own feature films.

He went on to say that linking academic centres to enthusiastic filmmakers is among the main goals of the Iranian Youth Cinema Society, which organizes the festival. “To me, the festival is now capable of making the link properly.”

Émilie Dubreuil, a French film producer who submitted a film to the festival in 2014 and now is in Tehran to purchase some Iranian short films, says her main criteria in choosing a film is its story. “To me, good quality comes after the story when it comes to short films.”

On her familiarity with the Iranian short films, she said “I’m not so much familiar with them and my visit is aimed at gaining the familiarity.”

Mike Hannigan, a jury member of the 35th edition of Tehran International Short Film Festival, says during the festival the jury is after identifying new talents. “Iranian short films have a quality which is unique to them. These films have their own language and form.”

A film distributer from Germany, who is among the honourable guests of the international market of the festival, says Iranian short films enjoy professional photography and “as far as I’ve heard from my colleagues, most Iranian films draw on a poetical view towards the world.”

The TISFF kicked off on November 9 and will be underway until November 13 in Mellat Cineplex. Since its early days, the enthusiastic moviegoers have queued up outside the cinema halls to watch the short films. Some of them watched the movies while standing or sitting on the ground.

Below you can see photos of the first days of the 35th edition of Tehran International Short Film Festival taken from various news agencies: