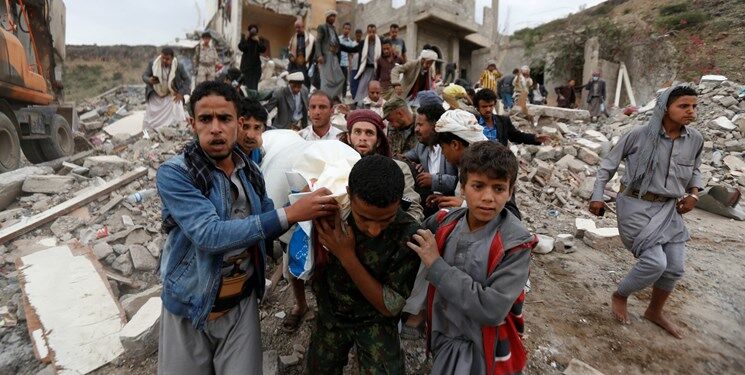 A human rights group says more than 6,000 women and children have been killed in Yemen since the start of the Saudi-led invasion of the country back in 2015.

The Entesaf Organization for Women and Child Rights has said in a report well over 2,400 women and nearly 4,000 children have lost their lives since the Saudi-led aggression began, adding more than 7,000 women and children have been wounded, too.
According to Entesaf, the Saudi-US coalition is responsible for crimes against Yemeni civilians over the past seven years.
It says the perpetuation of the blockade on Yemen as well as the seizure of fuel tankers by the coalition has been conducive to disastrous consequences for different sectors, especially the health and medical sector, and has been the key contributor to rising number of deaths among children and mothers at intensive care units in hospitals.
The detention of ships carrying fuel at Al-Hudaydah Port has pushed hospitals and medical centers to the brink of closure, adds the organization.
Entesaf is calling on the international community and the UN to discharge their legal and human responsibilities regarding crimes committed against, and the violation of rights of Yemeni people by the Saudi-led coalition, and to pressure aggressors to halt their assaults.
A coalition of several Arab countries led by Saudi Arabia launched its aggression against Yemen in March, 2015, with a nod from the United States.
The coalition has been pressing ahead with large-scale attacks on Yemen in a bid to bring back to power ousted former Yemeni President Abdrabbuh Mansur Hadi, an ally of Riyadh.