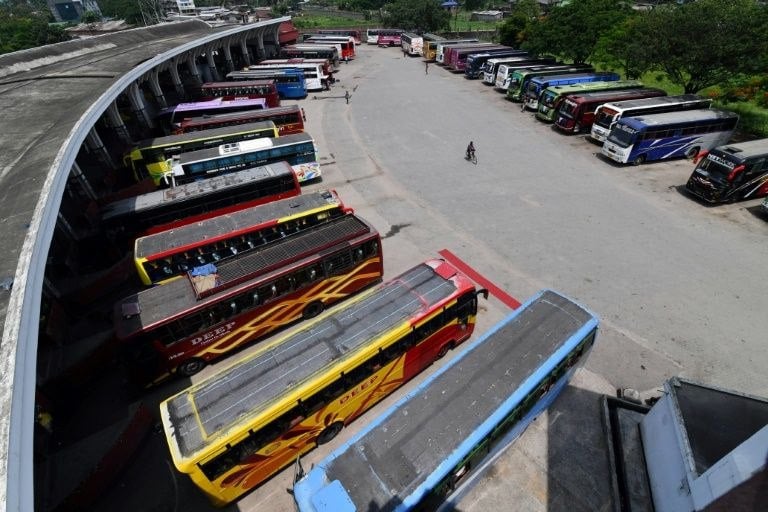 At least forty-three people lost their lives on Tuesday after a bus taking pilgrims from a temple plunged into a valley in southern India in the latest horrific crash on the country's roads.

“We have pulled out the bodies and we are taking them to the hospital for autopsy,” B. Rajesham, a senior administrative official, told AFP.

Passengers who survived the accident in Jagtial district of Telangana state were being treated for injuries. An investigation has been ordered.

The bus was returning from the famous Hindu temple of Kondagattu Anjaneya Swamy when it skidded off the road, the Press Trust of India reported.

Television footage showed local residents carrying the injured up a hill after pulling them out from the mangled bus.

NDTV quoted witnesses as saying the driver was speeding and lost control of the vehicle.

Accidents on India’s notorious roads claim the lives of more than 150,000 people each year.

Most accidents are blamed on poor roads, badly-maintained vehicles and reckless driving.

On July 28 a bus carrying university workers plunged off a mountain road into a valley in western India, killing 33 people.

That vehicle was taking staff from the Dapoli Agriculture University to a popular hill station in the state of Maharashtra for a picnic.

The same month 48 people were killed and many others badly injured in the north of the country when an overcrowded bus hurtled into a gorge in the Himalayan foothills.