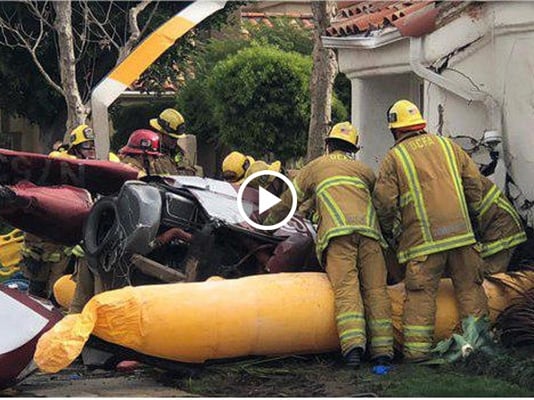 At least three people died and two others injured after a helicopter crashed into a house in a Newport Beach, California, neighbourhood on Tuesday.

Newport Beach Police said four people were believed to be onboard when the chopper went down.

CBS Los Angeles reported that one of the deceased was a person on the ground.

Residents of the home that was struck were inside the home at the time of the crash; however, police say none of the residents appeared to be hurt.

Two people were rushed to the hospital. Their conditions are unknown at this time.

There was no fire after the incident, but plenty of fluids on the ground. The helicopter is reportedly a Robinson R44 owned by Revolution Aviation, according to CBS Los Angeles.

The cause of the crash is under investigation.

Newport Beach is about 45 miles southeast of Los Angeles.