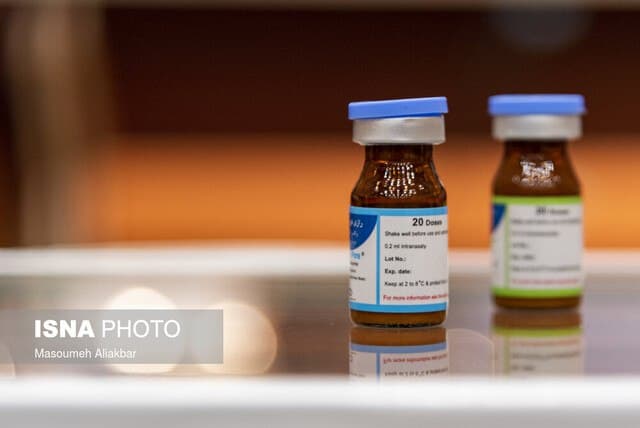 The spokesman for the Covo-Pars vaccine project of Iran’s Razi Institute, which is undergoing clinical trial, says the second phase of its trials show 80 percent effectiveness in protecting people against the coronavirus.

“In the second phase, 500 people received the first and second doses and 400 others also received the third dose. Our initial analysis shows 80 percent effectiveness. Fortunately, no serious problems were reported in the people who were studied, and the result was satisfactory,” Mohammad Hossein Fallah Mehrabadi told ISNA news agency.

Mehrabadi added that the institute has already begun mass production of the vaccine.

“We have begun the mass production. Last month, 400,000 doses were produced and were registered in the Food and Drug Administration’s system, after completing the quality control process. Starting from August 22, the production capacity will rise to 1 million doses,” he said.

“We are planning to produce 15 to 20 million doses by the end of the year [March 2022]. Production can begin after the vaccine successfully completes the first phase of its clinical study and the required dose is determined, given that the second and third phases are also verified. The production and quality control processes are time consuming, so we should plan in advance and begin the production.”

Mehrabadi also expressed hopes the third and final phase of the trials begin later this month. He further explained that the second phase trials ended two weeks ago and the report is sent to the Food and Drug Administration. Mehrabadi said there will be a meeting with the organization’s officials next week to discuss the permit for third phase trials.

“We have two planned scenarios for the third phase with regard to the situation in the society where different age groups and job categories would enter the clinical trial. One of the proposals, set forth by the Committee on Ethics and the Food and Drug Administration, is to compare Covo-Pars jab with a verified vaccine (which is now being injected to people) to study their effectiveness. For this to take place, we need some 48,000 volunteers and, if this scenario is confirmed, the Health Ministry will be responsible for the supply of the other vaccine,” he said.

“The second scenario is to inject the vaccine to the first group and inject placebos to the second group [of volunteers] and to examine the rate of the disease in both groups to decide the effectiveness of the vaccine. For this scenario some 27,000 volunteers are needed.”