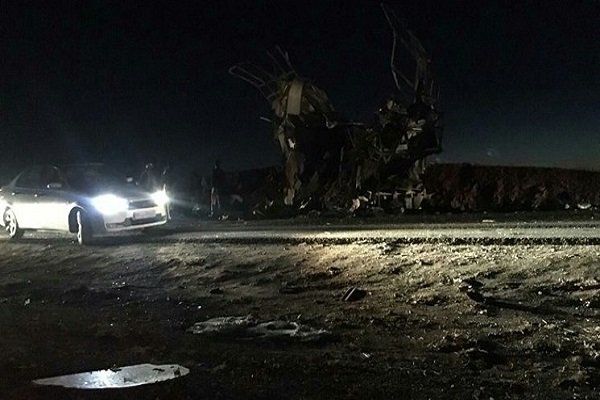 A suicide attack by Pakistan-based Takfiri elements on a bus carrying Iranian border guards in Iran's Sistan and Baluchestan province has killed and wounded dozens of IRGC forces.

The attack, claimed by the so-called Jaish ul-Adl terrorist group, targeted the bus carrying IRGC border guards travelling between the cities of Zahedan and Khash in south-eastern Iran.

At least 27 have been killed and 13 other wounded in the blast.

Following the deadly attack, the governor-general of Sistan and Baluchestan declared three days of mourning.