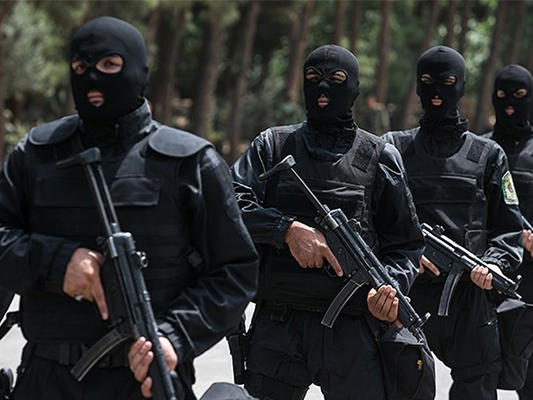 An Iranian official says at least 21 ISIS terrorists have been arrested in a massive operation across the northeastern province of Khorasan Razavi.

“After the terrorists’ cowardly attacks on Iran’s parliament and the mausoleum of the late founder of the Islamic Republic in Tehran, which left a number of innocent civilians dead and wounded, the security forces have begun a massive crackdown on the terror groups in Khorasan,” said Heidari in a Farsi interview with the Khorasan newspaper.

“As a pre-emptive measure, we traced the suspects and found out that some of them have arrived in Iran illegally after undergoing training courses on terrorist attacks and reaffirming allegiance with ISIS leaders in some regional countries,” he added.

He also mentioned that some of the suspects played a key role in the terrorist attacks across the region and said with the hard efforts of the Iranian security forces, the suspects were traced and arrested.

“21 ISIS members were nabbed in separate concerted operations. The terrorists were still in shock even several hours after the operation,” Heidari said.

“The nabbed terrorists were put under investigation immediately. They confessed they were planning to hold a number of suicide attacks in different parts of Iran.”

“Some of the terrorists were in contact with a leading coordinator of ISIS operations who was killed a short while ago in a terrorist attack in Iraq,” the Iranian official noted.

In response to a question on the nationality of the arrested terrorists, Heidari said some of them are Iranians and some others are Afghan nationals who entered Iran using forged documents.

Heidari stressed that the anti-terrorist massive operations will keep going on. He assured the nation that the judicial system has no hesitation in inflicting heavy blows on the terrorists and their affiliated groups inside and outside the country.

He said the security forces remain vigilant against any plots hatched by the terrorists and added that the Iranian forces have taken preventive measures to foil the terror groups’ plots against the country.

“The massive arrests of the terrorists and foiling their plots reveal the great security capabilities of the Iranian security forces,” he concluded.