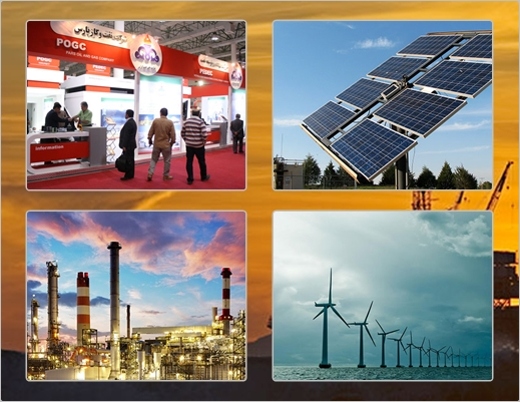 Official in charge of the 12th edition of Kish International Energy Exhibition, dubbed Kish ENEX 2016, says a total of 195 companies from Iran and other countries have taken part in this year’s exposition.

Mahmoud Seddiqi was quoted by Iranian media as saying on Monday that this year’s exhibition has started on January 11 and will continue until January 14 on the southern Iranian resort island of Kish.

The official noted that participants in the exhibition will present available opportunities and capacities for investment in relevant fields of oil, gas and petrochemical industries.

The event is also a venue for offering the latest achievements by manufacturers and producers in various fields of energy sector, he added.

Seddiqi noted that a total of 195 domestic and foreign companies have taken part in this year’s edition of Kish energy expo, adding that some 160 Iranian companies as well as 35 foreign firms from Italy, China, Pakistan, Turkey, the Netherlands, India, South Korea, Taiwan, the Republic of Azerbaijan, Malaysia, France, Austria, the United Arab Emirates, Spain, Germany, Belgium, Australia, Russia, the UK, Japan, Portugal, Canada, Kuwait and Switzerland, among others, are present in the exhibition.

The official said introducing active and potential capacities in the country for providing necessary services to oil, gas and petrochemical industries, identification and introduction of problems facing these industries, attracting government’s support for those active in these fields as well as providing needed grounds for encouraging investment in these fields as major goals of the event.

He added that creating jobs in the country, making efforts to achieve international standards, encouraging healthy competition among domestic manufacturers, boosting export of Iranian energy industry’s products to other countries, and facilitating exchange of views and technology among domestic and foreign participants as other goals of the exhibition.