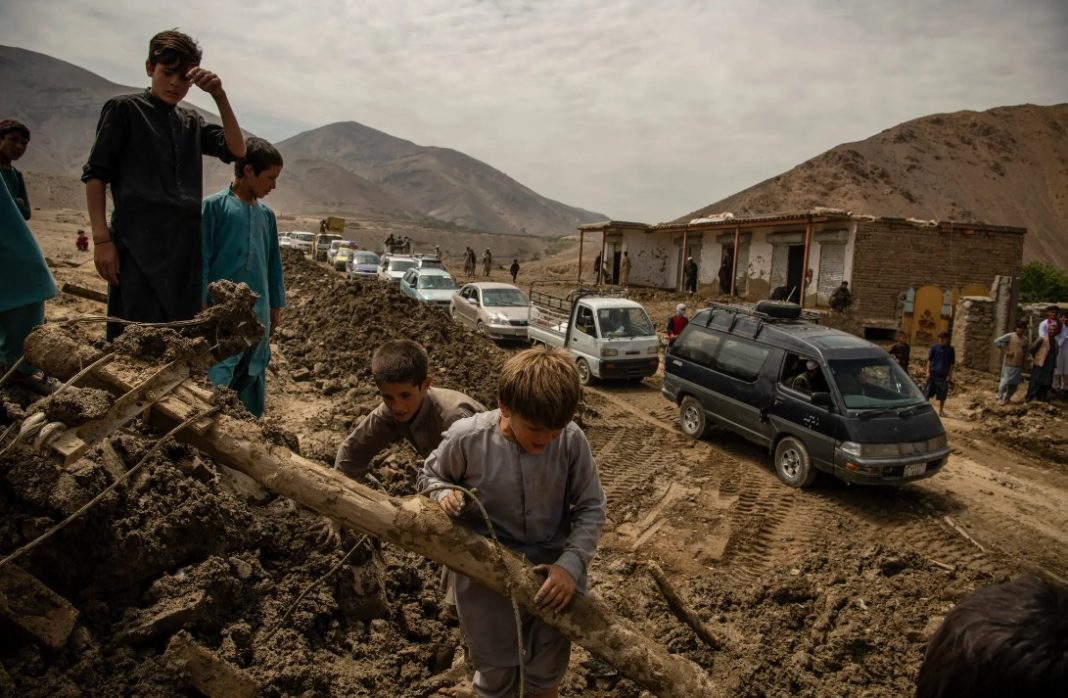 Flooding in Afghanistan this month has killed more than 180 people as torrential rains caused widespread devastation in central and eastern Afghan provinces, the Taliban announced.

Taliban spokesman Zabihullah Mujahid said at a news conference on Thursday that 182 people had been killed and 250 injured. More than 3,100 houses were destroyed and thousands of livestock were killed, exacerbating the country’s economic and humanitarian crisis.

“The Islamic Emirate of Afghanistan can’t manage the floods alone, we ask the world, international organisations and Islamic countries to help us,” Mujahid added.

Afghanistan has been reeling from natural disasters this year, including drought and an earthquake that killed more than 1,000 people in June. The nation has been largely cut off from the international financial system since the Taliban took more than a year ago.

Global humanitarian agencies have provided assistance for months, but have warned they need more access and funding to avoid a humanitarian disaster with thousands left homeless and no access to shelter or clean drinking water.

In Khoshi district in central Logar province, aid workers described widespread destruction from the powerful floods in recent days, with fields of crops reduced to mud and bodies of dead animals lying in piles.

About 20,000 people in the district were affected by flooding and 20 people, including at least six children, were killed with two more missing, the UN children’s agency said.

“There are three tent communities or camps but [people] are unsure what comes next, how they are going to eat this winter, their livelihoods were wiped out,” she added.

Last year, casualties topped 100 while dozens were reported missing in the remote Kamdesh district, about 200 kilometres [120 miles] northeast of the capital, Kabul.

In 2020, at least 100 people were killed in northern and eastern Afghanistan as the deluge ravaged large parts of Charikar city, the capital of Parwan province.

In neighbouring Pakistan, dozens of districts were submerged by the rains, killing at least 437 people since the middle of June and forcing the evacuation of thousands.