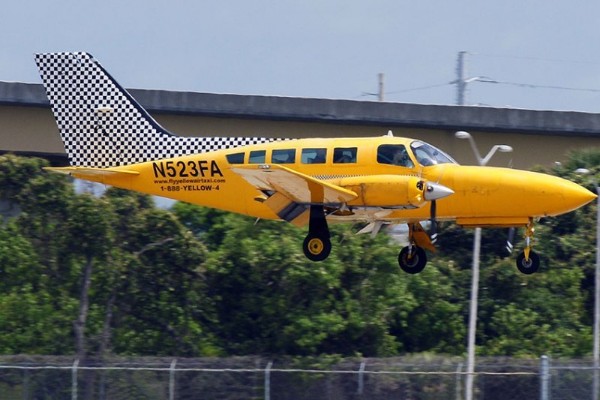 A dozen air taxis will become operational in the skies over Iran by March 2020, an official said, stressing that the initiative was arranged in coordination with the country’s Civil Aviation Organization.

“Based on the agreements made with the State Civil Aviation Organization, as many as 12 air taxis will enter service in the country by [the Persian] year’s end,” said Manouchehr Manteqi, the secretary of the Modern Transport and Air Technologies Development Commission of the Science and Technology Department of the Presidential Office.

“Air taxi services have been established in several provinces, namely North Khorasan and Hormozgan in order to render services from the provincial capital to nearby town and cities, and this domain is going to be further developed,” he said.

An air taxi is a light or ultralight airplane whose capacity is as large as that of an ordinary taxi or bus and can carry passengers over short distances.

The air taxi is the phrase used to refer to small commercial planes at airports which can be hired by passengers to take them to their destinations on time without any delays.

Manteqi said the aircraft used as air taxis can seat between 4 to 10 passengers.

“With air taxi services becoming operational, the most important thing which will be done is that it will activate small airports where few flights operate at the moment, and will link provincial capitals to the capitals of nearby provinces or cities with large airports.

For scheduled flights, passengers need to spend a lot of time to finally get on board, but this time can be shortened via air taxis,” he said.

“At the moment, many airports in the country are hosting only a few passengers. With the arrangements made … we intend to put 12 air taxis into operation by the end of this year,” he noted.

He said air taxis are part of public aviation, which is one of the key components of the air industry in the country and more needs to be done in that domain.