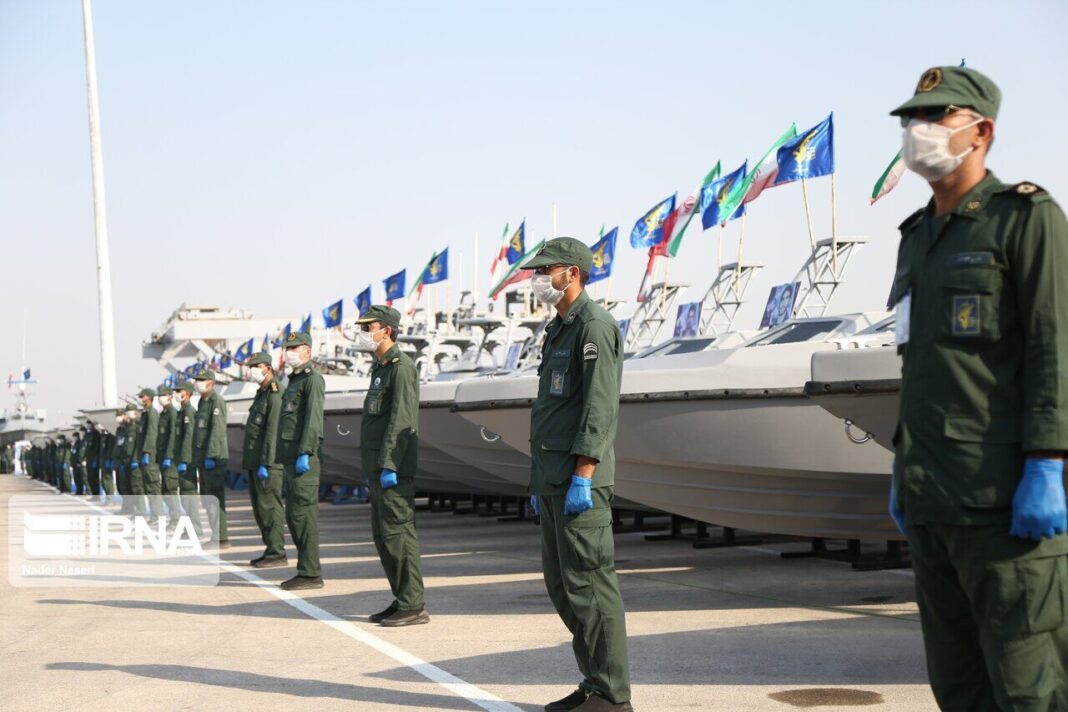 Some 110 state-of-the-art vessels have joined the Naval Force of Iran’s Islamic Revolution Guards Corps (IRGC) in a ceremony in the southern port city of Bandar Abbas.

The vessels are to undertake missions in waters off the country’s southern coast, particularly to conduct combat and logistical operations to ward off any possible enemy threats in the Persian Gulf and the Sea of Oman waters.

The combat frigates have high maneuverability and a high missile- and rocket-launching capability. They are also capable of carrying out reconnaissance operations.

All the vessels have been developed domestically.

Present at the ceremony was IRGC Commander in chief Major General Hossein Salami, who said the IRGC has made progress in terms of constructing frigates, which used to be rocket-launching vessels, but are now capable of firing missiles.

“These missiles can hit their targets with pinpoint accuracy. Their range has increased from ten kilometers to a strategic range which will soon be announced,” he added.

The top general said the range, speed and destruction power of the missiles have increased “in order to defend” the country.

Hundreds of other locally-built vessels have already joined the IRGC’s Naval Force.

The vessels are highly maneuverable and radar-evading with a high firing power not to mention many other features, turning them into a force to be reckoned with across the seas.