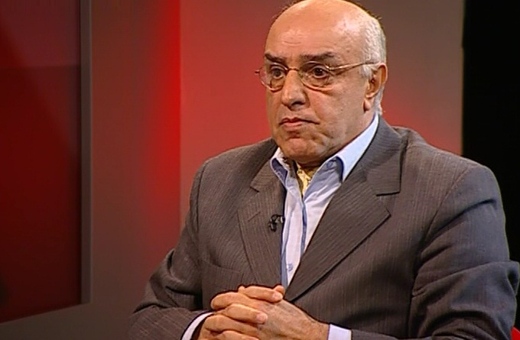 The personal dispute between Obama and Netanyahu has prompted some to falsely believe that the US strategy has changed, says Pirooz Mojtahedzadeh.

Mosalas, a weekly magazine, in its 255th issue published an interview with Pirooz Mojtahedzadeh, an expert in international affairs, about the state of relations between Washington and Tel-Aviv and whether recent developments and personal problems between President Obama and Prime Minister Netanyahu will affect ties between the US and Israel. The following is a partial translation of the interview:

What is the root cause of disagreements between Obama and Netanyahu?

Given the geopolitical conditions of Israel, from the very beginning, the existence of Israel has been heavily dependent on American support which has carried a huge price tag for Washington.

On multiple occasions, America has sacrificed its own national interests for Israel’s security. This unrequited feeling has persisted because the Zionist lobby in America, which acts in a very pro-Israeli fashion in dealing with the Middle East, puts pressure on the US administration to lend unwavering support to Tel Aviv, even if it does not approve of such support.

When Obama took office, Israel kept threatening that it was poised to impose a war on the region in order to have Iran’s nuclear program destroyed. Of course, it expected the US to pick up the tab.

Settlement of Iran’s nuclear dispute has never been welcome news to the Israelis. That’s why a biased and impudent Netanyahu has found himself at odds with the policies of a US Democratic president and has subsequently put up resistance.

In spite of all its bullying and invasions, Israel has never had a prime minister as impudent and vicious as Netanyahu. Now that the US seeks to settle Iran’s nuclear case peacefully, it faces an over-demanding and manipulative person like Netanyahu.

Bear in mind that Netanyahu is aggressive and is not an individual who complies with ethics in his social relations. This eccentric person has turned political disagreements between the Israeli and American governments into personal disputes between US leaders and himself.

If Obama manages to solve this historically grave problem, the settlement would be remembered as his crown achievement on the international stage. If not, it would mean that measures by Netanyahu over the past six or seven years to foil [Obama’s efforts] have borne fruit. That would harm Obama’s legacy.

So, in the time left, Obama will have to do his best to make good on his pledge to promote peace and security in the world. Because he knows well that if he cannot deliver on that promise, he will be remembered as a feeble president who performed poorly.

Given Obama’s plans to settle the issue of Palestine, don’t you think that such efforts will give rise to tensions between Israel and America?

It would be wishful thinking if we expected Arabs to demonstrate as much zeal as before and be at the forefront of the fight against Israel. Years ago Arab leaders surrendered themselves as well as their nations to the Israeli desires as far as Palestine is concerned.

When leaders like [President] Assad fail to join the ranks of Arab sellouts, their governments and countries are dragged into trouble.

If Palestine still breathes, with difficulty though, and if it is not completely vanquished, it’s because factions like Hamas and Hezbullah are not willing to sacrifice their dignity, identity and interests in the face of Israeli oppressors.

Where do the Arabs stand on this dispute?

Some Arab countries like Saudi Arabia and Jordan, which have always helped America, have entered an unholy alliance with Israel against Iran. Their contribution to a Zionist plan dubbed Shia Crescent has turned a 7-decade dispute between Arabs and Israel into a problem within Islamic countries.

What do you make of the decision by Britain’s House of Commons to recognize the Palestinian state?

The recognition of Palestine was the outcome of an international agreement. Although as usual, Israel failed to keep the deal, Britain and other European countries abided by it. It was the very deal that America and Israel breached.

The US was not in a position to be able to handle any move against Israel, because the Zionist lobby is way more influential to fall into disarray as a result of disagreements between Obama and Netanyahu.

Will [upcoming] American election play a role in bolstering or undermining Israel?

The power wielded by the Zionist lobby in America has hit a ceiling. For almost seven decades it has been unofficially in control of America. Everyone who seeks to be elected to the White House needs to cooperate with the Israeli lobby.

Keep in mind that the Republican Party is more inclined to Israel. Therefore, the Zionist lobby tries to invest more in the Democratic Party to bring it on board.

Some experts believe that the US approach to Israel is changing, because it has paid a hefty price for Israel. How realistic is this belief?

Never will such approach change, because it is not up to Washington to change the conditions. The personal problems between Obama and Netanyahu have prompted some to get the wrong impression that the US strategy has changed. But, these disputes are more of a personal nature.

Netanyahu disrespected Obama and effectively told him to mind his own business in a veiled but pointed response [to the US president’s purported belief that Mr. Netanyahu “does not know what Israel’s best interests are”].

This shows that it has turned into a personal matter and that’s why Obama reacts. Let me remind you that in a private conversation between Obama and Sarkozy at a G20 summit in Paris, which was originally said to be accidentally recorded, but turned out to be, as they say accidentally on purpose, Sarkozy said [in French], “I can’t stand him [Netanyahu] anymore, he’s a liar” and Obama replied, “You may be sick of him, but me, I have to deal with him every day”.

We should not jump to conclusion and view personal things between Obama and Netanyahu as a new development capable of introducing seismic change to decades-long political relations between Washington and Tel-Aviv. At least, we should not forget, not even for a moment, that the Zionist lobby won’t allow Israel to weaken.

Elections will be held in Israel in March. Do you think recent measures by Netanyahu have got something to do with the upcoming vote?

Probably, because he is in the worst of conditions at home and has lost much of his sway. That an Israeli president calls him as a renegade conveys a big message.

In fact, Israel’s national issues outweigh regional questions. It must not be forgotten that different Israeli governments have always adopted the same hardline policy, because, basically, Israel is an anomalous entity which always acts weirdly.

For Instance, Shimon Peres, who takes a swipe at the aggressive behaviors of Netanyahu these days, used to be criticized at home for his hardline approach when he was prime minister.

Therefore, Israel’s foreign policy remains almost the same under different governments. Under every government, the Palestinians have been attacked. There is little difference between this group and that in Israel.