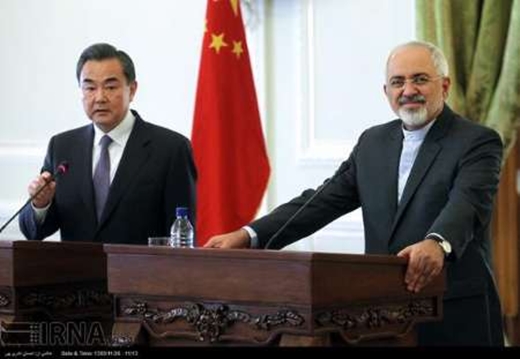 Iranian Foreign Minister Mohammad Javad Zarif has held phone talks with his Chinese counterpart on the political crisis in Afghanistan.

In a phone conversation on Wednesday, Zarif and Wang Yi conferred on the latest political developments in Afghanistan and the return of peace and stability to the country.

The two top diplomats further discussed bilateral relations, the comprehensive and strategic partnership between the two countries, and the joint fight against coronavirus.

They also conferred on the United States’ hostile policies, including the regime’s unilateral and inhumane sanctions against the Iranian nation.

The Iranian top diplomat had earlier held separate phone talks with his Qatari, Turkish, Russian, and Indian counterparts to discuss the political crisis in Afghanistan that emerged following the recent presidential election.

In these phone calls, Zarif stressed the importance of restoring peace to the country.

Back on Sunday, the Iranian foreign minister also held talks with Mohammed Haneef Atmar, the acting foreign minister of Afghanistan. In this phone call, Zarif underlined the importance of strengthening unity among Afghanistan’s various parties and establishing peace and stability in the country.

Last month, Abdullah Abdullah, who served as the chief executive officer of the outgoing administration, rejected a decision by Afghanistan’s Election Commission to announce Ashraf Ghani as the winner of the presidential election, proclaiming himself to be president-elect. On March 9, Ghani and Abdullah both held inauguration ceremonies in the capital Kabul.

A few days ago, the top Iranian diplomat held separate phone conversations with Ghani and Abdullah on issues of common interest, from the latest developments in Afghanistan’s political arena to bilateral cooperation in the battle against the new coronavirus pandemic.