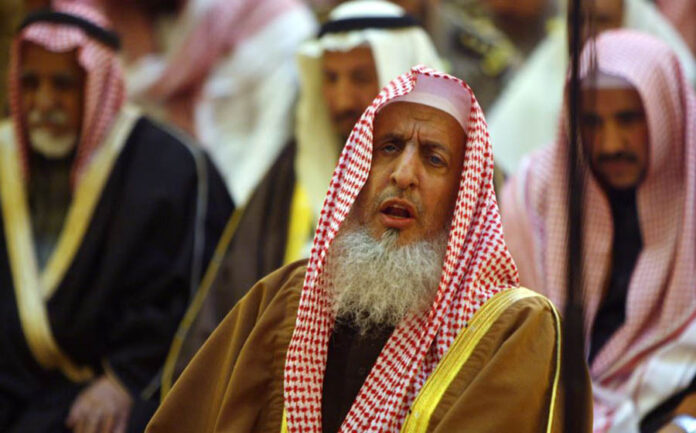 Leader of Houthi Ansarullah Movement says Yemenis were shocked by a pro-Israel fatwa (religious decree) issued by a Saudi Mufti, which stands in stark violation of true Islamic principles.

Abdul-Malik Badreddin Al Houthi said while many religious leaders in the Islamic world have forbidden violating the sanctity of Al-Aqsa Mosque by the Zionists, the Saudi Mufti has issued a new fatwa giving the Zionists a green-light to kill the Muslims.

“How on earth did the Saudi Mufti issue a Fatwa and ban the killing of the Zionists in the occupied lands but at the same time, religiously legalize the killing of Muslims in Yemen,” he was quoted as saying by ISNA in a Farsi report.

Earlier, the grand Mufti of Saudi Arabia, Abdul Aziz Al-Sheikh, said that fighting against Israel was inappropriate and said the Palestinian resistance movement of Hamas was a terror organization. He made the remark in reply to a question regarding July’s anger across the Israeli-occupied West Bank when Israel shut Al-Aqsa Mosque, following a deadly shootout.

Israeli Communications Minister Ayoub Kara praised Abdul Aziz al-Sheikh’s comments, offering the Mufti an invitation to visit Israel. “We congratulate Abdul Aziz al-Sheikh, the Grand Mufti of Saudi Arabia, as well as the head of Ulema for his fatwa forbidding the fight against the Jews and killing of them,” Kara tweeted.

Last year, the mufti had asked followers as well as businesses to make financial donations to the kingdom’s ongoing war on Yemen.

The grand mufti is known for issuing highly controversial fatwas. In June 2016, the Mufti exempted all troops waging war on Yemen from observing the religious obligation of fasting during Ramadan.

Elsewhere in his remarks, the Yemeni leader also called for strengthening the internal unity in Yemen and said the Yemenis need to avoid any tension threatening their unity.

“The Yemenis must stop taking their internal dispute to the media because the representations of such disputes will threaten our internal unity on the one hand and delight our enemies on the other.”

He then directly addressed the US and its regional allies particularly Saudi Arabia saying Yemen is a nation which will never give up its love for the holy prophet of Islam even if it gets involved in war with the entire world and loses its members.

“Those who think they can enslave us should know that they will end up in total failure in this project.”

Abdul-Malik also called the prophet of Islam and his family members a role-model for the Yemenis and added the nation is inspired by their faith, resistance and will.

“Our main principle is freedom. We will not sit back an inch in our fight for freedom. We believe that we will lose our religion if we stop seeking freedom.”

He pointed it out that the world needs to know that the Yemenis are living on this basic principle and those who are going to enslave them will be defeated.