World Must Pressure Israel into Working with IAEA: Analyst 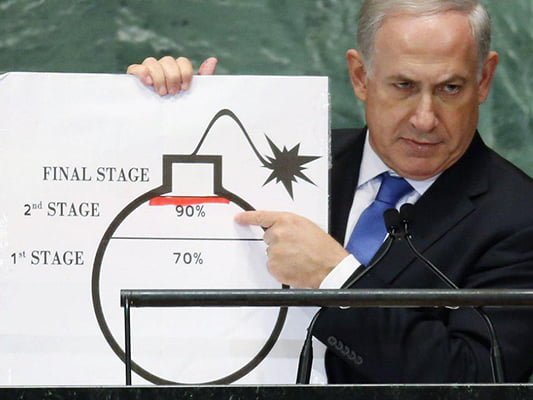 A senior Iranian analyst and former diplomat says the Zionist regime, with a huge arsenal of nuclear weapons, is a real threat to the regional countries, and the international community, especially the United Nations, must pressure it to cooperate with the International Atomic Energy Agency.

Nosratollah Tajik, a former Iranian ambassador to Jordan, in a recent interview with Jam-e-Jam Online, said that Tel Aviv must first let the IAEA inspectors visit its facilities, and then officially announce the number of its nuclear warheads.

“The Zionist regime expects other countries to comply with non-proliferation treaties while it keeps its nuclear arsenal and does not allow nuclear inspectors to monitor its activities,” Tajik said.

Under such circumstances, he added, one should not expect that other countries do the opposite and restrict themselves.

He also pointed out that one of the important strategies of Iran after the 2015 nuclear accord was to move towards a Middle East free from nuclear weapons.

This region should have maximum safety due to its vulnerabilities, lack of development, and being a strategic point in terms of supplying energy to countries in the Far East.

Referring to the recent statements made by Israeli Prime Minister Benjamin Netanyahu at the UN General Assembly, Tajik emphasised that to understand Bibi’s speech, one should study the Zionist regime’s strategy towards Iran.

He underlined that the Zionist regime is one of the parties that benefited the most from the Iranophobia project.

Tajik argued that before the signing of the nuclear deal, the Israeli regime’s activities had created a global consensus against Iran.

With the signing of the JCPOA, he said, all Iranophobic strategies of enemies failed. “However, with the election of Trump, a new American-Hebrew-Arab conspiracy was formed against Iran to start a project called Iranophobia 2.

Referring to a part of Netanyahu’s speech at the UN General Assembly, Tajik noted the Israeli PM was able to keep the Arab bloc away from Iran and encourage it to get closer to Israel.

He also pointed to Netanyahu’s theatrics on a “secret atomic warehouse” in southern Tehran, and said it seems a number of Iranian people or organisations, who are seeking to milk the Zionist regime, have sold the Israeli prime minister some inaccurate information in a way that he made fun of himself by repeating those information at the UNGA.

“As an analyst, when I see the IAEA has verified Iran’s implementation of its nuclear-related commitments for 12 times, there remains no doubt that the allegations raised by Netanyahu are a series of fake news aimed at influencing public opinion to make the Islamic Republic isolated.”