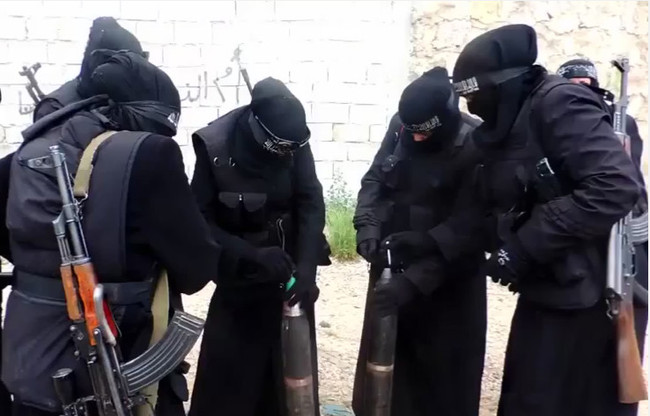 Studies indicate that women are more receptive of ISIS’s rhetoric of incitement that it posts on various electronic platforms. In fact, ISIS has resorted to women in order to address the drop in the number of its fighters.

Around a third of the members of the ISIS terror group are now women, who have started to receive military training and have become the organization’s choice to continue its dream of establishing the so-called “caliphate.”

A report released by Spain’s Elcano Royal Institute revealed that a growing number of women are joining ISIS, saying that around 500 females have been recruited in the past two years.

Women play a major role in terrorism and it is expanding, sparking concerns among experts that they may take on a more active role in the future, said the Spanish think-tank.

The majority of female members of ISIS have a European nationality and have converted to Islam. Their ages range between 19 and 23, continued the report.

It said that a female cell that was uncovered in the Spanish city of Ceuta relied on the internet in carrying out its operations. Moreover, all of the women sampled in the report received Takfiri teachings that persuaded them to join terror groups.

The report credited the internet with facilitating the access the women had to extremist ideology and to social networks dedicated to recruiting them for the “caliphate project”.

Observers noted that ISIS sees women as easier targets than men for recruitment, according to a report by Awsat. The women can be persuaded to join the group in order to escape the hardships of their daily life.