Why did an on-pitch bombshell spill off-pitch? 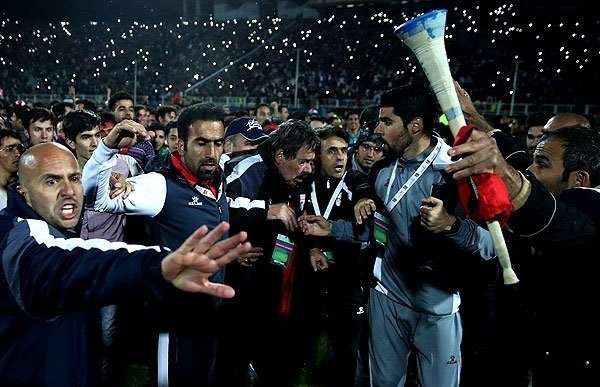 The match was supposed to be a life-and-death showdown in Iran’s Premier League, but did it have anything to do with a soon-to-happen presidential trip to the northwestern city?

The result of a football match between Sepahan [a football club based in Isfahan] and Saipa from Alborz Province [a 2-0 win for the Isfahani club] broke differently in a Tabriz stadium where another soccer match was under way between the hosts Teraktorsazi – the city’s powerhouse – and Tehran’s Naft on Friday.

Entekhab, a news website, on May 16 ran an analysis on the football match in Tabriz and what ensued which turned a sporting event into a politically-tinged news story. The following is the translation of the analysis in its entirety:

Viewers saw on their TV screens the extreme joy of Tabriz-based team and their fans who were shouting cries of championship. Only seconds later, though, another scene showed Sepahan players relishing their championship. The soccer league seemed to have two champions this year!

A Football Federation official has reportedly approached Tractor Sazi’s bench in the final minutes of the match, saying that the showdown between Sepahan and Saipa ended in a two-all draw. [That would have crowned Tractor Sazi as this year’s champions.]

To prepare the ground for releasing the fabricated news, certain people allegedly interrupted TV and radio channels and cut off mobile [and Internet] communications three minutes before the final whistle of the decisive match between the hosts Teraktorsazi and Tehran-based Naft to prevent people from getting the correct news on the result of the match [which was crucial in deciding which team lifts the trophy].

The fake news of a draw [between Sepahan and Saipa which would have resulted in the championship of Tractor Sazi] circulated around and everybody bought what was sold unequivocally.

Happy with the sweet lie, Tractor Sazi fans ran onto the pitch after the game and started partying. Alireza Mansourian, Naft’s head coach, congratulated Toni Oliveira, the head coach of Tractor Sazi, who looked overjoyed too.

Their revelry did not last long, though. When fans in Tabriz learned that the championship of their favorite team has been nothing but a lie, they grew angry and the situation became explosive.

The truth was so shocking that even Teraktorsazi’s head coach couldn’t believe his ears: images released show him shell-shocked with disheveled appearance. The bombshell also sent a number of fans to the hospital.

Some media sources claim that Toni Oliveira’s son was behind the rumor. Even if those claims are accepted, one should ask: Did the stadium’s announcer break the news of Tractor Sazi’s championship and Sepahan’s draw simply with a gesture from Oliveira’s son? Did the head coach’s son prevent the result of the Sepahan-Saipa match from being displayed on the scoreboard? These questions and the ambiguities surrounding the case [have remained unanswered].

What is certain is that the government should form a fact-finding committee to look into the dramatic event which left people in Tabriz with a heavy heart, bring to justice those behind the incident, and make up, one way or another, for the trampled rights of Tractor Sazi. 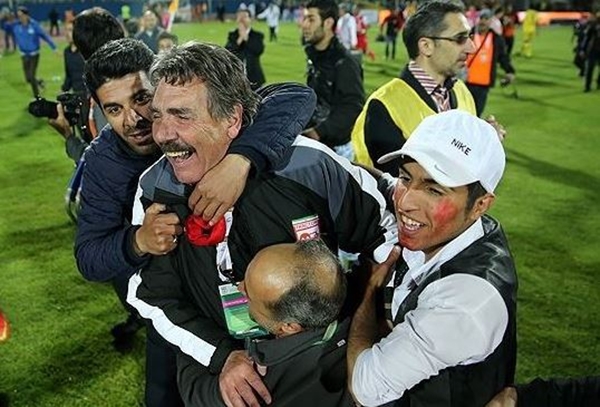 Rumors to disrupt a presidential trip

The spread of the fake news [that Sepahan and Saipa played to a 2-2 draw] came just a few days before President Rouhani’s scheduled trip to the northwestern city of Tabriz. That the fake news came so close to a presidential trip fuels suspicions that it was a preplanned lie.

It seems that the Worriers and opponents of government have tried to interfere with the president’s trip to Tabriz (where Rouhani won an overwhelming number of votes in the 2013 presidential election).

There are reports that posters advertising a trip by [members of] the Government of Prudence and Hope were distributed among people – in a spontaneous, provocative manner – after angry Tractor Sazi fans filled the streets of the city.

The fans – who were sick at heart after realizing that their emotions have been played around with and thought they’ve been deceived by the Football Federation – started to tear the posters.

Observers say that the role of the opponents of the Government of Prudence and Hope – who have so far done whatever they have been able to, to throw a wrench into the works of government – in what played out in the Tabriz stadium should not be ignored.

There’s no denying of the fact that a suspicious and bungling move by some at the Ministry of Sports and Youth Affairs and the Football Federation has definitely triggered such a nasty incident.

Instead of getting involved in a verbal row with the head coach of the national football team and micromanaging all sporting affairs, the sports minister (who was not among the president’s first options to take charge of the ministry) is expected not to let the [existing] opportunities slip, and to exercise resourcefulness and avoid imposing hefty costs and huge problems on government.