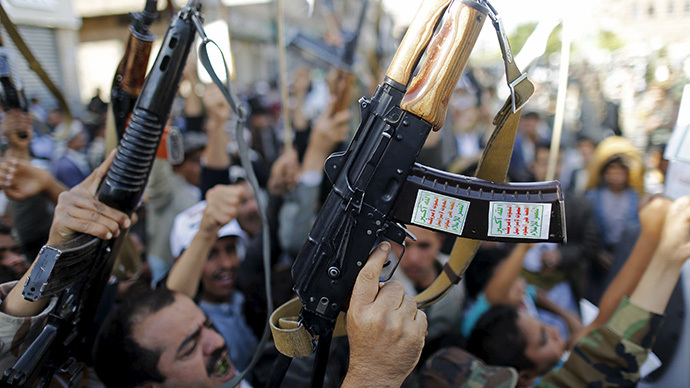 The White House National Security Council is more open to redesignate the Houthis as a terrorist organization, while the US State Department supports targeting specific Yemeni leaders with sanctions, informed sources told Axios.

The White House last Friday held an interagency meeting to discuss the possibility of redesignating the Houthis as a foreign terrorist organization, two sources briefed on the issue say.

Less than a month after he assumed office, President Joe Biden rolled back the Donald Trump administration’s designation of the Houthi rebels, arguing it hampered humanitarian assistance to the Yemeni people.

In recent weeks, the Houthis carried out several missile and drone attacks targeting the UAE, a member of the Saudi-led coalition that has waged a war against Yemen.

Following the first attack in which three people were killed, the Emiratis asked the Biden administration to redesignate the Houthis as a terror group.

The White House National Security Council is more open to redesignate the Houthis, while the State Department supports targeting specific Houthi leaders with sanctions, but not the Houthis as an organization, according to the sources.

State Department spokesperson Ned Price said last Thursday that the Biden administration won’t relent in using sanctions and designations against Houthi leaders or entities who are involved in military attacks against civilians or commit human rights abuses, without referring to the crimes of the Saudi-UAE coalition on Yemeni civilians.

At the same time, Price stated the U.S. remains committed to addressing the humanitarian emergency in Yemen.

An National Security Council spokesperson added Biden has already noted the redesignation of the Houthis was under consideration.

In early 2021, Biden claimed he would withdraw support for the Saudi coalition’s airstrikes operations. However, a year later, the U.S. continues to provide assistance for the Saudi offensive. Recently, the Biden administration sold $650 million worth of arms to Riyadh.

Yemenis have slammed the United States’ interference in the war-torn country, stressing that Washington was hindering a political resolution of the conflict. They say the U.S. policies have emboldened Saudi Arabia to increase its pressure on the impoverished nation.