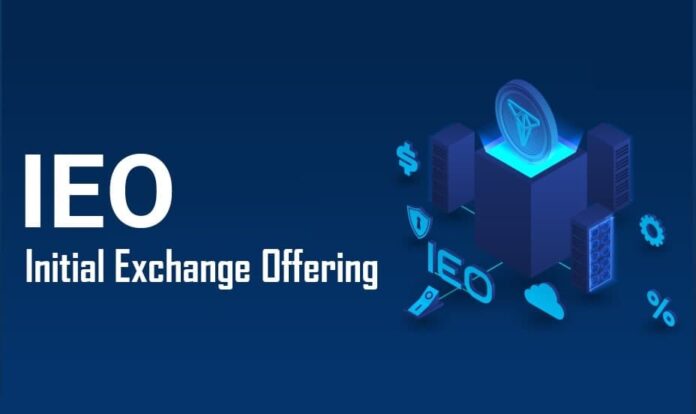 In the later part of 2017, China banned Initial Coin Offering (ICOs). This coerced crypto developers to find an alternative idea to raise funds for their crypto projects. Creators of new crypto projects tried to switch to the plan of Initial Exchange Offering (IEO).

They began discovering this new and trending plan. It allowed developers to raise funds for their new crypto projects without fearing any summoning from the monitoring authorities.

Most crypto exchanges have similar policies that the developers have to be compliant with. First, the crypto developer has to pay an issuer’s fee to the crypto exchange. This is actually the fee charged for listing the newly developed coin on the exchange. Along with this, the issuer also has to sell a portion of their total listed crypto-coins to the exchange platform. After the IEO is completed, their coin gets listed. The bitcoin exchange platform is also bound to carry out the newly developed token’s marketing operations since a percentage of the listed coins are sold to them.

You should know that ICO participants send their investment to a smart contract. But for IEOs, investors don’t submit it to a smart contract. If an investor decides to back a newly launched crypto-coin, they’ve to register on the crypto exchange platform conducting the IEO. Then, they will have to deposit funds in their digital wallets and purchase assets using that money.

As more and more developers are opting for IEOs, crypto exchange platforms have begun to accept IEOs. One of the biggest exchanges, Binance was the first to launch Binance Launchpad, the first of its kind IEO platform. In January earlier this year, bitTorrent, which was bought out by TRON, offered a crypto-coin sale on Binance’s exchange platform. It hit the crowd sale hard cap and raised $7.2 million in about 15 minutes.

Less than 15 minutes taken for all the offered tokens to be sold is surely a dream for any new crypto project developer. But, the second coin offering on the platform was an even bigger success. Fetch.AI was this crypto-coin which hit the market cap of $6 million within 25 seconds!

All observed the success of the Binance Launchpad. It led to the launching of several new IEO platforms by major crypto exchange platforms like Bittrex (Bittrex International IEO), BitMax (BitMax Launchpad), OKEx (OKEx IEO), KuCoin (KuCoin Spotlight), and Huobi (Huobi Prime). In recent IEOs, Band Protocol was up by 1251% and Harmony by 55%.

Now, coming to the main part of this article. What are the differences between IEO and ICO?

First, the fundraising for an ICO is conducted on the issuer’s self-developed website. On the other hand, funds for an IEO is raised on a crypto exchange platform.

The verification procedure is also different between the two projects. An ICO may or may not require AML/KYC but an IEO runs an authentication check on its users.

Talking about marketing operations, an ICO is completely advertised by the developers. So, there’s a need to designate a high budget for it as well. In contrast, since a part of the total supply of the crypto-coin belongs to the crypto exchange platform, they’re obligated to market the coin on the developer’s behalf.

The main difference between them is that an ICO isn’t guaranteed listing even after a successful offering. The developers need to reach out and find exchanges for listing. On the contrary, an IEO gets listed on the crypto exchange after the offering is over.

Benefits of an IEO

The most important benefit of an IEO is its reliability. The crowd sale is offered on a renowned and verified crypto exchange platform. The platform checks and authenticates the details of the developer before allowing them to launch their IEO on its platform. This helps the exchange platform become more reliable and reputable. It also gives investors confidence as they’re assured of secure investment.

IEOs eliminate scams and swindles that are a common occurrence in the crypto industry. It prevents suspicious companies from raising funds. The case of RAID IEO is an exceptional example. The crypto-coin was about to go on crowd sale on the Bittrex network. A few hours before the launch, Bittrex announced that they’ve canceled the IEO launch of RAID on their platform. The launch was canceled after the crypto exchange platform got to know that the partnership between an e-gaming analytics firm, OP.GG and RAID were terminated. This was a critical partnership required for the launch of the token. Bittrex decided to cancel the $6 million (projected) as the launch was now not in the interest of its users.

The crypto exchange platforms are contractually bound to list the crypto-coin once the IEO is over. So, after the end of the crowd sale conducted by the cryptocurrency exchange, the token is listed on the platform for regular investment and holding.

The exchange platform conducting the crowd sale is responsible for managing the security of both sides. It authenticates and verifies the details of its users’. Only AML/KYC verified users are allowed to participate in the IEO. The exchange platform also conducts a scan of the developers who’ve created the token. It allows clean and genuine developers to list their coins on its platform.

Simple and Convenient for Crypto Projects

IEOs prove to be more convenient for crypto project developers. When they were conducting ICOs, it was their responsibility to do everything on their own. In the IEO scenario, the crypto exchange platform does all the work, including marketing, for them.

It’s worth considering IEOs over ICOs even if the developers are bound to pay a listing fee and sell a percentage of the crypto-coins to the exchange platform. Generally, it’s developers with a lower marketing budget that opt for an IEO launch. An IEO launch ensures listing and allows developers to leverage the customer base of the platform to get more funding and for future projects as well.

The only disadvantage of an IEO launch is the associated price. On average, a developer will have to pay 20 BTC as a listing fee for a launch on any renowned crypto exchange. The exchanges also take a percentage of the tokens as a fee for marketing operations.

Participating in an IEO

IEOs are a new idea in the crypto industry and are a quite rare occurrence. But that makes it easier for potential investors to identify a suitable IEO for them. Then, they need to find out the crypto exchange platforms conducting the IEO launch for the token.

Next, an investor is supposed to sign up and verify their details. An AML or KYC authentication has become necessary to use a crypto exchange. Once the registration is complete, a user needs to deposit funds in their wallet. Now, the money in the wallet can be used in the crowd sale to invest in an IEO of their choice.

Can IEOs Lead to Next Boom in Fundraising?

In 2017 and 2018, ICOs resulted in a fundraising boom. But many investors were defrauded in these times as the tokens were mostly developed and launched by scammers. It didn’t prove to be efficient or secure and this is the primary reason why many countries have now banned ICO launches for crypto assets.

On the contrary, IEOs are more trustworthy and reliable than ICOs, both to the customer, and developer. It’s safer and more cost-efficient too. The crypto exchanges are responsible for carrying out a successful IEO launch. The IEO model proves to be more efficient and it has the potential to create another fundraising boom for developers and the crypto industry in the next couple of years. 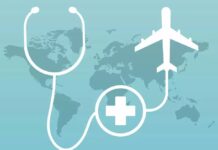