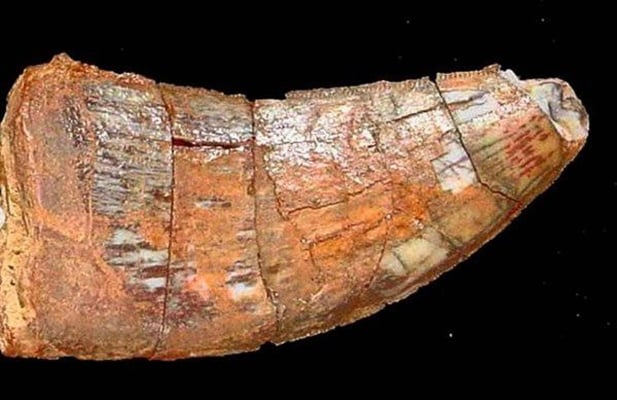 A fire at Brazil’s 200-year-old national museum in early September resulted in incalculable losses and caused damages to thousands of invaluable ancient objects including the fossil of a dinosaur’s tooth discovered in Iran.

Director General of Museums and Cultural Properties at Iran’s Cultural Heritage, Handcraft and Tourism Organisation says Tehran is ready to follow up the fate of the Iranian dinosaur tooth held at the National Museum of Brazil.

He underlined that since the fire at the Brazilian National Museum in early September, the lovers of cultural heritage and historical monuments have been worried about the fate of this fossil.

In an interview with Miras-e Arya, he emphasised that the transfer of the historical fossil is not what the Iranian Cultural Heritage Organisation could do, as it falls within the responsibility of the Iranian Department of Environment.

“However, the Cultural Heritage Organisation is ready to pursue the issue in order to protect historical monuments and assets of the country,” he said, noting that the Organisation has already started its follow-ups.

The invaluable dinosaur tooth were discovered in 2002 in the Ab Bid region of Kerman Province in south-eastern Iran. It was delivered to the Brazilian National Museum with the permission of the head of Research Institute for Earth Sciences at that time, Manouchehr Qoreishi.

A joint research project was to take place between the Brazilian Museum and the Geological Survey & Mineral Explorations of Iran (GSI) and that was reportedly the reason why the fossil was lent to Brazil.