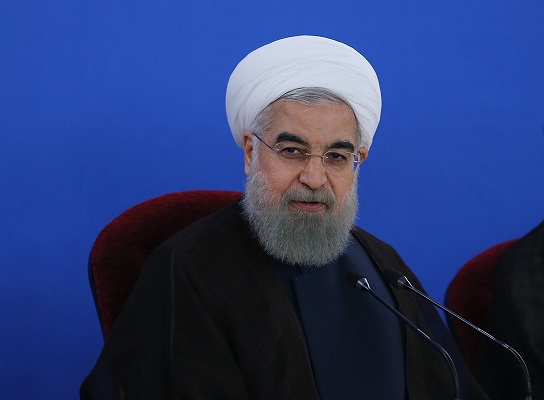 Iranian President Hassan Rouhani says driving a wedge among the Islamic world and creating Takfiri terror groups in the Middle East are part of a larger plot hatched up by the West.

In an address to a group of Muslim scholars in India’s Hyderabad, Rouhani said the colonial powers of the West have always adopted an “unfair” approach toward Muslim communities.

“To provide raw materials for their larger industrial hubs, the West’s colonial powers turned to Islamic states in Asia and Africa and adopted an unfair approach toward them by exploiting their rich natural resources,” a Farsi report by the Fars News Agency quoted him as saying on Thursday.

The Iranian president also said unlike the Muslims in the past, today the westerners never share their scientific knowledge with others.

“Coming together against the enemies and making hard efforts to gain the latest scientific knowledge are the only ways available for Muslims to get out of the current plight,” he noted.

Rouhani said the West has sown the seeds of division among the Islamic world to divert Muslims’ attentions from serious issues and added the plot to divide Muslims comes as Shiites and Sunnis have peaceful coexistence in Iraq and Syria.

“India is a main scene of peaceful coexistence among different religions in the world.”

He underlined that establishing brotherly relations with all Islamic states is among the main priorities of the Islamic Republic of Iran. “We don’t want to have a distance with any brotherly nation in the region. We maintain that the Muslim world’s problems cannot be resolved through military means.”

Rouhani noted that enemies of Islam are seeking to portray a violent image of the religion. “This comes as Islam is a religion of peace and brotherhood. To protect Islam against the enemies plot, we need to understand it correctly,” he concluded.

President Rouhani arrived in India’s Hyderabad earlier on Thursday, starting a three-day visit aimed at discussing key issues with Indian officials. He will later leave Hyderabad for New Delhi, where he is going to meet Prime Minster Narendra Modi.