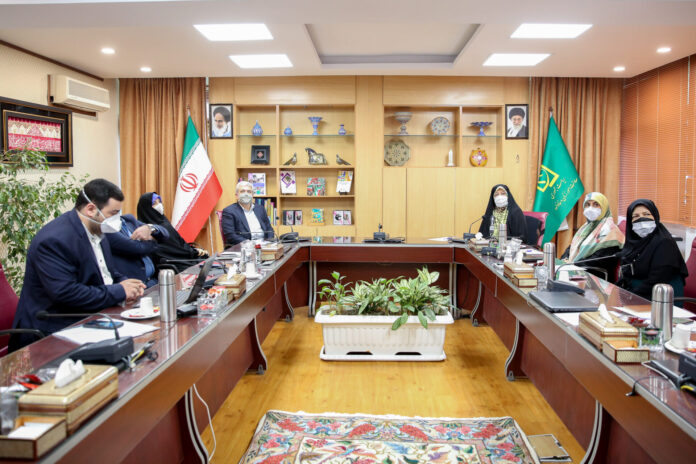 Iranian Vice-President for Women and Family Affairs Massoumeh Ebtekar has highlighted the prominent role of the country’s women in dealing with the tough foreign sanctions.

Speaking at a Wednesday meeting, held in commemoration of female Iranian entrepreneurs, Vice-President Ebtekar lauded the Iranian women for working shoulder to shoulder with the men in withstanding the harshest sanctions and pressures against Iran with fortitude.

Highlighting the great responsibilities that Iranian women have shouldered in the social, economic and scientific spheres, she said a growing number of women have become involved in the scientific activities and knowledge-based programs in recent years and have brought glory to the country with their great scientific achievements.

Iran is currently at the cutting edge of science in many fields, the vice-president noted, saying the achievements of the Iranian scientists and researchers indicate the great potential for scientific and knowledge-based activities.

She further explained that any country and organization with remarkable scientific, economic and industrial advances has first reformed its local ecosystem and adapted it to the purposes.

Ebtekar finally pointed to the strategies she has adopted after taking office to make the necessary changes to the country’s technology ecosystem in order to pay the way for the promotion of knowledge-based activities.

“Today, I’m delighted to say that the number of knowledge-based companies have risen from some 500 to around 5,400,” she added, noting that the value of products of the Iranian knowledge-based firms exceeded 120 trillion tomans in the last Iranian year.

In remarks in September, Vice President for Science and Technology Sorena Sattari said more than 5,300 knowledge-based companies had been established in the country under the aegis of the administration over the past six years.

According to Sattari, the governmental supports for the domestic enterprises have resulted in the opening of over 5,300 knowledge-based companies in the past six years.