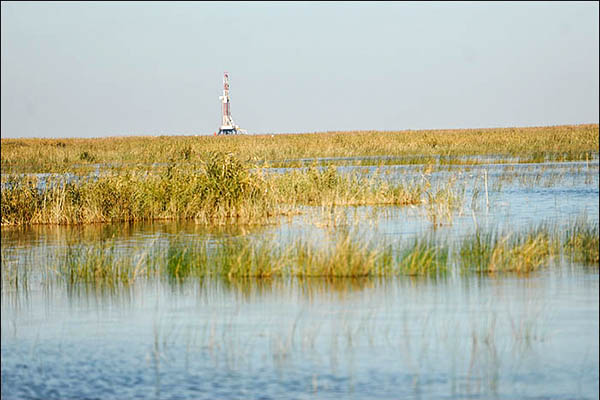 Mahmoud Marashi, director of South Azadegan project, told IRNA that preliminary talks on those activities have been held but they are not finalized yet.

Also, Japan’s Marubeni Corporation has expressed readiness for being in South Azadegan.

Vinci, corporately styled VINCI, is a French concessions and construction company and Hyundai is a Motor Company.

Asked about claim that INPEX was to be present in Azadegan to develop that oil field, Marashi said Japan’s largest oil and gas exploration and production company has had no related talks with Iran after the two inked agreement on the issue.

Japan stopped following up that agreement due to unjust anti-Iran sanctions years ago. Then Iran started development talks with Russia and India.

The anti-Iran sanctions were lifted on January 16.

South Azadegan oil field, being explored over 15 years ago, is the largest oil field in Iran. It is located in southwest of the country straddling Iran-Iraq border point.

Iran’s Petroleum Ministry welcomes participation of foreign firms in development of the second phase of South Azadegan project because it is a joint oil field with Iraq and the Iraqi side is excavating oil from the field with high speed.