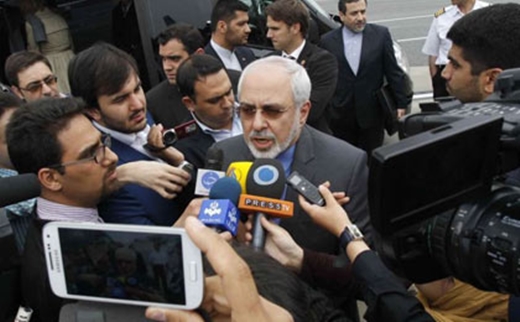 Iran has held discussions with P5+1 on the sidelines of a Vienna Syria conference over the acceleration of the implementation of JCPOA, Zarif said.

Foreign Minister Mohammad Javad Zarif has described the negotiations with P5+1 in Vienna on the implementation of the Joint Comprehensive Plan of Action (JCPOA) as good and constructive.

“We had discussions with P5+1, especially with the Americans on expediting the implementation of the commitments of the other side and we wanted to make sure that these commitments will be honored in different areas of JCPOA,” Zarif told reporters on Friday.

He went on to say that one of the issues is Arak Reactor that “we had detailed discussions about”, including the other side’s commitments for its renovation, about which we made good progress.

“We talked about US measures which need to be taken as well as the provision of guarantees to our trade partners in order not to block trade with Iran; we reached good agreements in these fields and it was agreed to work more on that,” Zarif added.

He said that Iran and the US held three sessions of negotiations and at each the Iranian side was provided with responses after the other side coordinated with Washington.

“We hope that the sessions held on Thursday and Friday could help with the implementation of JCPOA,” Zarif said.