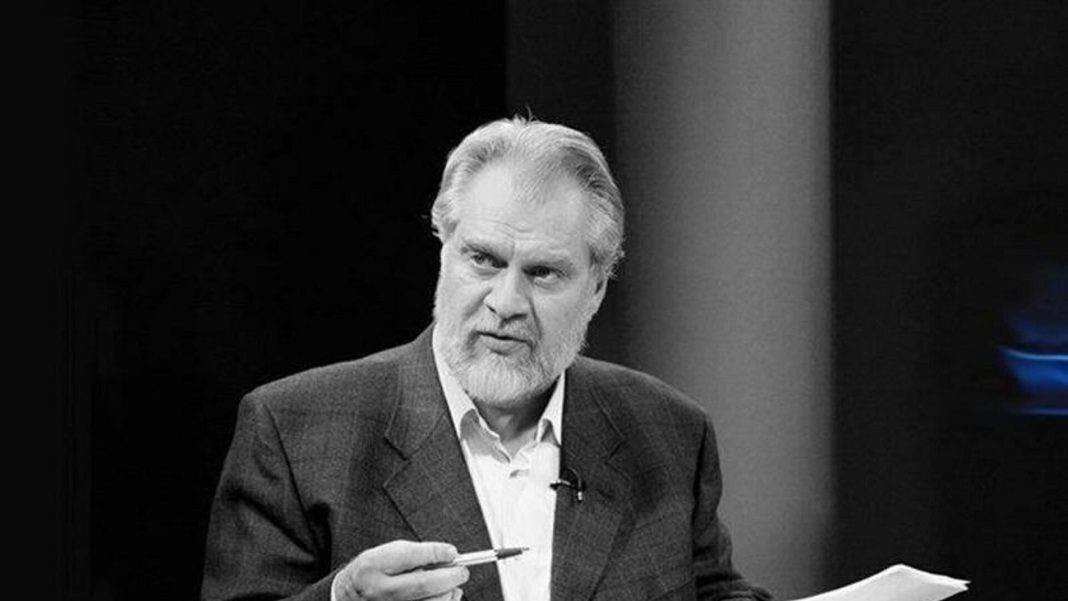 Veteran Iranian documentary filmmaker, researcher and journalist Nader Talebzadeh, who was an outspoken critic of American hegemony and Israeli occupation, has passed away at the age of 69 due to cardiac arrest.

Talebzadeh died at a hospital in Tehran on Friday evening. He had been hospitalized in November last year for cardiac complications and blood clotting.

Months later, the renowned media figure was once again transferred to the intensive care unit and kept there for weeks.

During his fruitful career, Nader Talebzadeh directed, wrote and produced numerous award-winning documentary films about the atrocities committed against Iranians during the eight-year Iraqi war of the1980s.

Following a decade of research in historical documents based on the Qur’an and the Bible, Talebzadeh in 2007 produced his first feature-length movie titled “The Messiah,” in which he presented an Islamic perspective on Jesus and his teachings.

Talebzadeh also served as the chairman of the International New Horizon Conference, which aims to expose the criminal policies of the US and Israel.

He and the conference were placed under sanctions by the US in 2019.

Many Iranian officials, politicians and cultural figures offered condolences on the passing of Talebzadeh.

Social media pages were also filled with tributes and remembrances.

In a message, Iranian President Ebrahim Raisi condoled with Talebzadeh’s family, his students and the country’s art community.

Raisi paid tribute to the late media activist for his efforts to fight the cultural invasion of Iran and promote the country’s soft war against enemies.

The president of Islamic Republic of Iran Broadcasting (IRIB) Peyman Jebelli also issued a message of condolences and lauded Talibzadeh for playing an effective role in promoting Iran’s cultural battlefield.