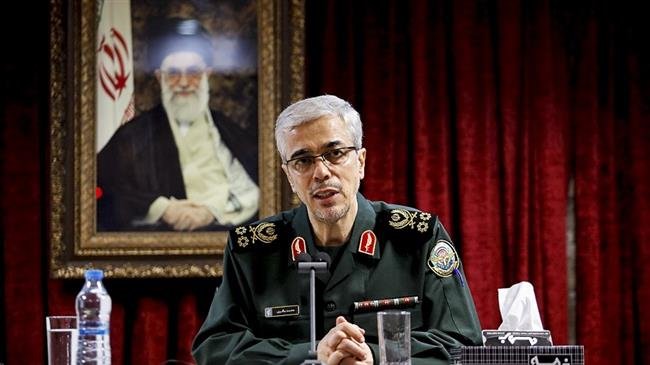 Iran’s top military commander says a hostile anti-Iran meeting to be co-hosted by the United States and Poland in Warsaw will fail to either undermine the Islamic Republic’s power or affect its policy.

Chairman of the Chiefs of Staff of the Iranian Armed Forces Major General Mohammad Baqeri played down the confab, which is to open in the Polish capital on Wednesday, as “insignificant” and “worthless.”

Baqeri said Poland had pledged that the so-called Middle East security meeting would not include any anti-Iran discussions.

“Whether or not anything is said against Iran during the Warsaw meeting, it will fail to affect the Islamic Republic’s policy and power,” said the Iranian general.

“We will wait and see if the Polish officials will stick to their word,” he said.

The international gathering will take place on February 13 and 14 as part of US attempts to heap pressure on Iran globally.

US Secretary of State Mike Pompeo said the meeting would “focus on Middle East stability and peace, freedom and security here in this region, and that includes an important element of making sure that Iran is not a destabilizing influence.”

Later in the month, however, and as officials from various countries indicated their refusal to participate, US Deputy Ambassador to the UN Jonathan Cohen claimed at the UN Security Council that the meeting was “not a venue to demonize or attack Iran,” in an apparent about-face.

Since withdrawing from the Iran nuclear deal last year, the US administration has steadily ratcheted up pressure on Tehran and vowed to increase it until Iran halts what US officials describe as its “malign activities” throughout the Middle East and elsewhere.

As part of its policy of maximum pressure, Washington in early November re-imposed what it called the harshest-ever sanctions against the Islamic Republic.

The meeting has, however, received a cold welcome from Washington’s European allies, which are engaged in a diplomatic process with Tehran aimed at saving the 2015 nuclear deal.

Tehran has denounced the confab as “a circus” and summoned Poland’s envoy to protest Warsaw’s hosting of the event.

Iran’s Foreign Minister Mohammad Javad Zarif said on Sunday that the Warsaw meeting had fallen flat on its face before even getting off the ground.

“The Warsaw meeting was rendered doomed to failure before start,” he said.