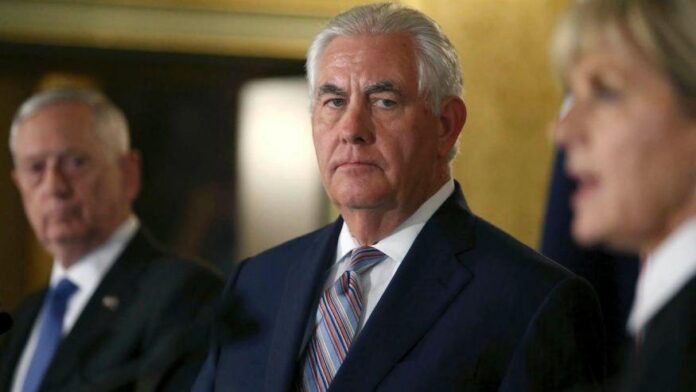 While Russian foreign minister says Moscow will not interfere in an ongoing rift between Qatar and five other Arab states, the US Secretary of State called on the Arab countries to resolve their differences through dialogue.

He made the remarks during a joint press conference with his Belarusian counterpart in Moscow in reaction to the move by Saudi Arabia, Egypt, Bahrain, the UAE, and Yemen to sever their ties with Qatar.

The minister stressed that Russia is interested in “maintaining friendly relationships with everyone, especially with the region, whose primary goal right now is to focus their efforts on combating our common threat of international terrorism.”

US Secretary of State Rex Tillerson, however, urged the Persian Gulf nations to work out their differences.

Tillerson, speaking alongside Secretary of Defence James Mattis in Sydney, said he did not believe the diplomatic crisis would affect the war against the ISIS.

“I think what we’re witnessing is a growing list of disbelief in the countries for some time, and they’ve bubbled up to take action in order to have those differences addressed,” Tillerson said, according to Fox News.

“We certainly would encourage the parties to sit down together and address these differences.”