US Unable to Launch War on Iran: Leader’s Military Aide 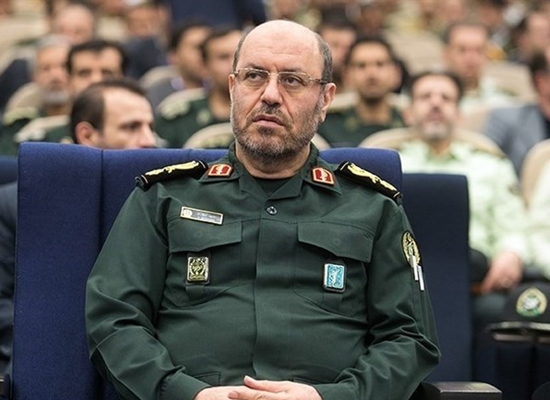 A senior Iranian general says the Americans are unable to take military action against Iran.

Brigadier General Hossein Dehqan, a top military aide to Iran’s Leader, said the Americans are neither willing to, nor able to do anything.

“That means their reluctance emanates from their inability to trigger chaos and tension in the [Middle East] region or probably to take military action against Iran whether in the form of a limited action or by attacking some centres or bases,” the top general was quoted as saying by ISNA.

In his interview with Qatar’s al-Araby, the senior commander also touched upon some reports suggesting Iran has received an official letter from the US which indicates Washington has no plans to launch military action against Iran.

“There is no need for the Islamic Republic of Iran to be waiting for, or interested to receive such a letter from the Americans,” said general Dehqan, the advisor to Iran’s Islamic Revolution Leader Ayatollah Seyyed Ali Khamenei on defense industries and logistics of the Armed Forces.

He said the US cannot wage an all-out war because neither does the region can take a major crisis, nor is Washington itself able to win the support of the world public opinion or to mobilize resources to take military action against Iran.

He also touched upon a statement by US National Security Advisor John Bolton in which he says the deployment of the USS Abraham Lincoln to the region sends a message to Iran.

“In military analyses, some people argue that deployment of troops and facilities means preparedness for war and combat. These analysts may even enumerate some objectives for that [possible] war,” he said.

However, added the general, even US President Donald Trump has said that he would be fighting wars in several areas in the world if he wanted to listen to Bolton.

Therefore, he added, the political elite in the United States are still wise enough to stop radicals and keep tension from spilling over beyond acceptable levels.

The senior commander noted that the US and Israel as well as Saudi Arabia intend to create the impression that the Middle East region is on the threshold of a serious crisis.

“This is while they themselves know that in such a crisis if someone pulls the trigger first, that shooting will not be limited to a specified location or region,” he said.

He then touched upon the possibility of Iran blocking the Strait of Hormuz.

“Blocking the Strait of Hormuz is not outside the capability of the Islamic Republic of Iran.” the general noted.

“What the Islamic Republic of Iran has always been saying is that the Strait of Hormuz should be open to all, and that if they are going to impose restrictions on over using it, naturally the sphere of this restriction will include others as well,” he stressed.

“Therefore, if restrictions are slapped on [Iran’s] oil exports, and if we are supposed to lose our sovereignty over this strategic passageway, or if it no longer serves our interests, the Islamic Republic [of Iran] will definitely use this strait as a tool,” he said.