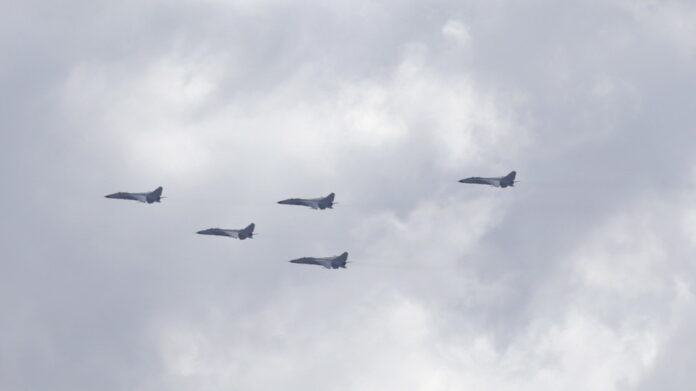 The United States has warned China against quote military, diplomatic and economic pressure on Taiwan. Beijing considers the island as part of the People’s Republic of China.

The US Department of State said on Sunday it was very concerned by China’s “provocative” military activity near Taiwan after dozens of Chinese military air craft flew toward the island.

“The United States is very concerned by the People’s Republic of China’s provocative military activity near Taiwan, which is destabilising, risks miscalculations, and undermines regional peace and stability,” it added.

Taiwan scrambled patrol planes after 39 Chinese aircraft, many of them fighter jets, made two sorties to the island’s air defence identification zone over Saturday. China sent 38 warplanes toward Taiwan in a similar fashion on Friday.

The State Department urged Beijing to end “coercion” against Taiwan, which China sees as its breakaway province.

It stressed that Washington had an abiding interest in peace and stability across the Taiwan Strait and vowed to stand with its ally.