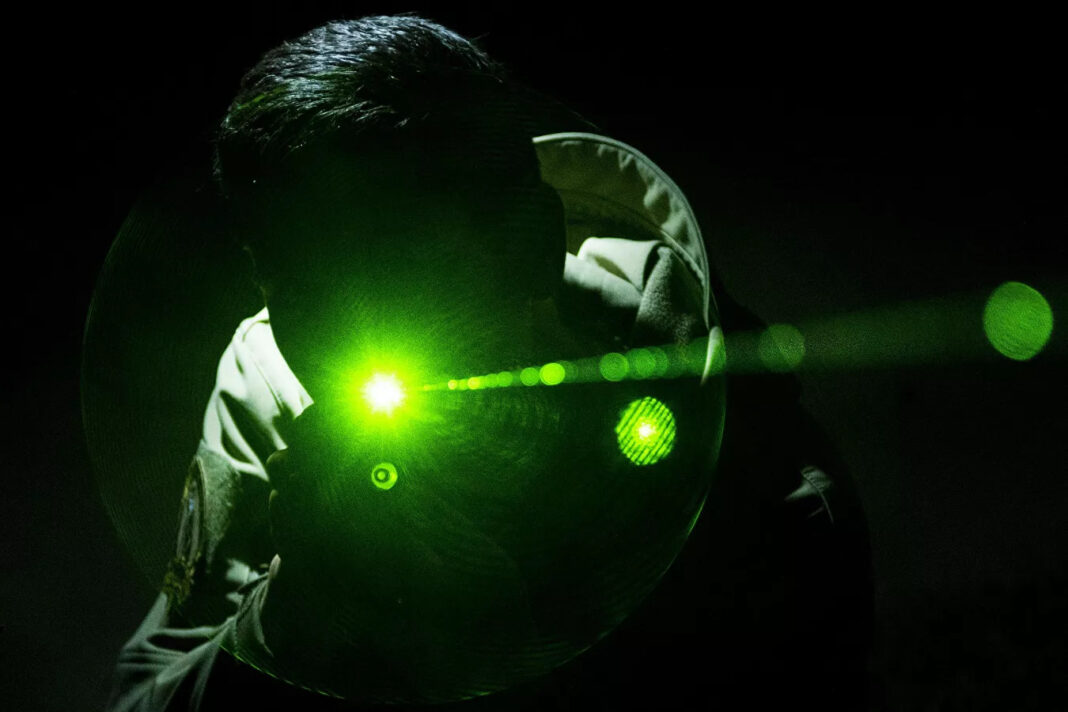 The US Navy is working on laser weapons in the Middle East to counteract a significant upsurge in Iran's deployment and use of unmanned aerial vehicles (UAVs) in the region, top Central Command (CENTCOM) naval officer and US Fifth Fleet Commander Vice Adm. Brad Cooper says.

“There is a growth in the missile defense force and in cruise missiles and Iranian UAVs and the proliferation of those UAVs throughout the region,” Cooper told a conference at the Centre for Strategic and International Studies (CSIS).

“There has been a dramatic uptick in the UAV activity in the region: it is significantly different,” he added.

In response, the Fifth Fleet is deploying and developing the use of laser, or directed energy weapons on its warships in the region, Cooper said, adding that he was not going to reveal any details of the work.

The US Navy is developing “laser weapons on warships in the region. This is an area we are working on pretty vibrantly. For understandable reasons, I am not going to talk about it”, Cooper continued.

Starting in September of 2021, the Fifth Fleet activated Task Force 59 as its unmanned vehicles and intelligence task force in the region operated out of Bahrain and Jordan. The operation had already “exceeded our every expectation” with unmanned sea vehicles launched out of the port of Akaba in the southwestern tip of Jordan capable of functioning for up to 33 days at a time, Cooper noted.