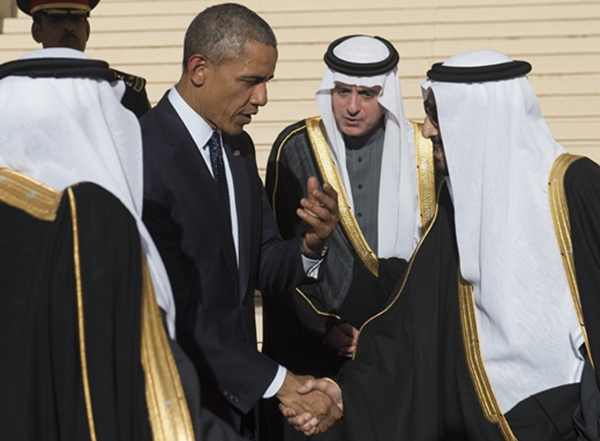 Based on a deal with Washington, Saudi forces will allow ISIS terrorists to safely retreat from Mosul before the Iraqi city is stormed by US-backed forces, a military source has revealed.

Saudi Arabia has reportedly struck a secret deal with the US which will enable the depraved death-cult to go to fight against the Syrian government.

The insider said, “More than 9,000 ISIS militants will be redeployed from Mosul to the eastern regions of Syria to carry out a major offensive operation, which involves capturing Deir ez-Zor and Palmyra.”

According to a report by Daily Express, as covered by Al Alam, the source added that the proposed siege of Mosul has been signed off by Barack Obama and is set to take place in October.

An additional 500 US troops will be sent to the strategic stronghold of Mosul to help in the fight against the twisted extremists, US Secretary of Defence Ashton Carter said.

Discussing why the US is willing to let ISIS terrorists walk free from the proposed onslaught, the insider hinted the move may be designed to “diminish” the importance of Russian forces in the region.

The source added, “Washington must somehow counter Russia’s achievements in Syria, try to diminish their importance.”

“Apart from the purely political dividends, the other purpose of this operation, obviously, will be to discredit the success of Russian Airspace forces. And, of course, it’s an attempt to undermine Syrian President Assad.”