US Sanctions to Trigger Further Spread of Coronavirus Pandemic: Iran 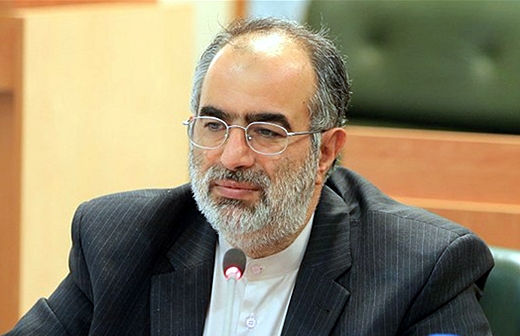 An advisor to Iranian president says sanctions imposed by US President Donald Trump will further spread COVID-19 across the world.

“Dear Americans: If we don’t fight the Coronavirus globally it will reappear globally, again and again and again,” Hessamoddin Ashena said Wednesday.

So far, different countries have called on Washington to lift unfair sanctions against the Iranian nation under the current circumstances when the coronavirus has spread across the world.
Nevertheless, the White House has not responded to those calls yet, and, ironically enough, added several other companies to the list of sanctions.

Stephane Dujarric, the spokesman for the UN Secretary General Antonio Guterres, said Friday that sanctions imposed on countries should be lifted for the fight against the coronavirus.

Earlier, Guterres along with the World Health Organization and High Commissioner for Human Rights together with Russia, China, Pakistan, Britain, Iraq, Venezuela, Nicaragua, North Korea and Cuba have made extensive diplomatic efforts to get US sanctions lifted at a time when the coronavirus pandemic has gripped the world.

In a letter to the UN chief, a number of countries have described the current times an opportunity to practice multilateralism and counter the United States’ unilateral moves. They have reiterated that Washington’s economic terrorism against Iran is in contravention of the UN Charter as well as numerous decisions of the UN General Assembly.