US Sanctions on Iran Aimed at Protecting Riyadh: FM Zarif 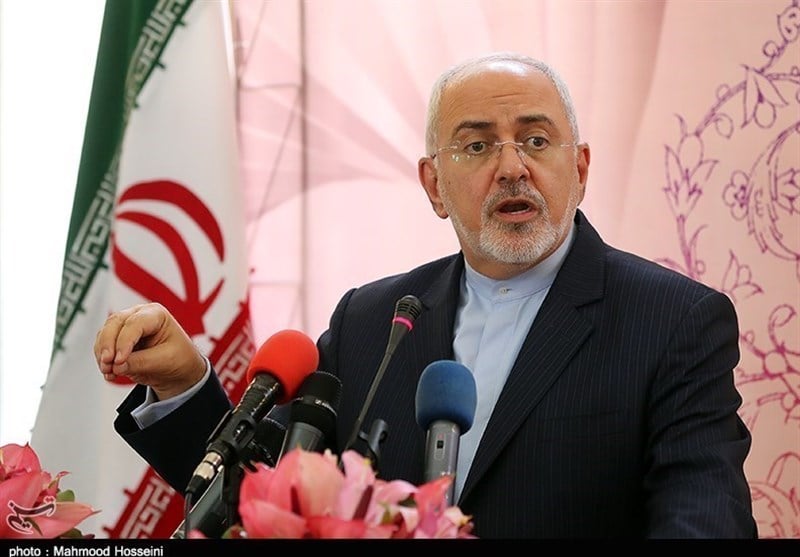 Iran’s Foreign Minister Mohammad Javad Zarif deplored the latest US sanctions targeting a number of Iranian individuals, describing the move as an attempt to divert the world’s attention from Saudi crimes in Yemen and the brutal murder of dissident journalist Jamal Khashoggi.

“To deflect from headlines on Saudi brutality in Istanbul and across Yemen, US Treasury—while in Saudi Arabia, no less—sanctions Iran for “supporting” anti-Iran Taliban,” Zarif said in a post on his official Twitter account on Wednesday.

“Conveniently omitting that US is negotiating with the very same Taliban now& its clients have long backed it,” he added.

The US Treasury Department on Tuesday imposed sanctions against eight individuals, including two allegedly linked to the Quds Force of Iran’s Islamic Revolution Guards Corps (IRGC) and accused Iran of providing material and financial support to the militants and supporting terrorism.

The US allegations that Iran supports the Taliban come as Tehran has on numerous occasions denied training or backing the militant group.

“The Islamic Republic of Iran has been standing for nearly four decades alongside the friendly and brotherly government and people of Afghanistan to defend their sovereignty and independence, and the statements made to satisfy outsiders and invaders have no congruity with these friendly relations,” Iranian Foreign Ministry Spokesman Bahram Qassemi said earlier this year.

Khashoggi, a Saudi citizen and newspaper columnist at The Washington Post, went missing on October 2 when he entered the consulate in Istanbul. After weeks of denying knowledge of his fate, Saudi officials said the prominent journalist was killed in what they describe as a “rogue operation”.

After denying any involvement in the disappearance of Khashoggi for two weeks, Saudi Arabia on Saturday morning said he had died in a fistfight at the consulate. An hour later, another Saudi official attributed the death to a chokehold.

The death of Khashoggi has snowballed into a massive crisis for the kingdom, forcing the 82-year-old monarch, King Salman, to personally get involved.