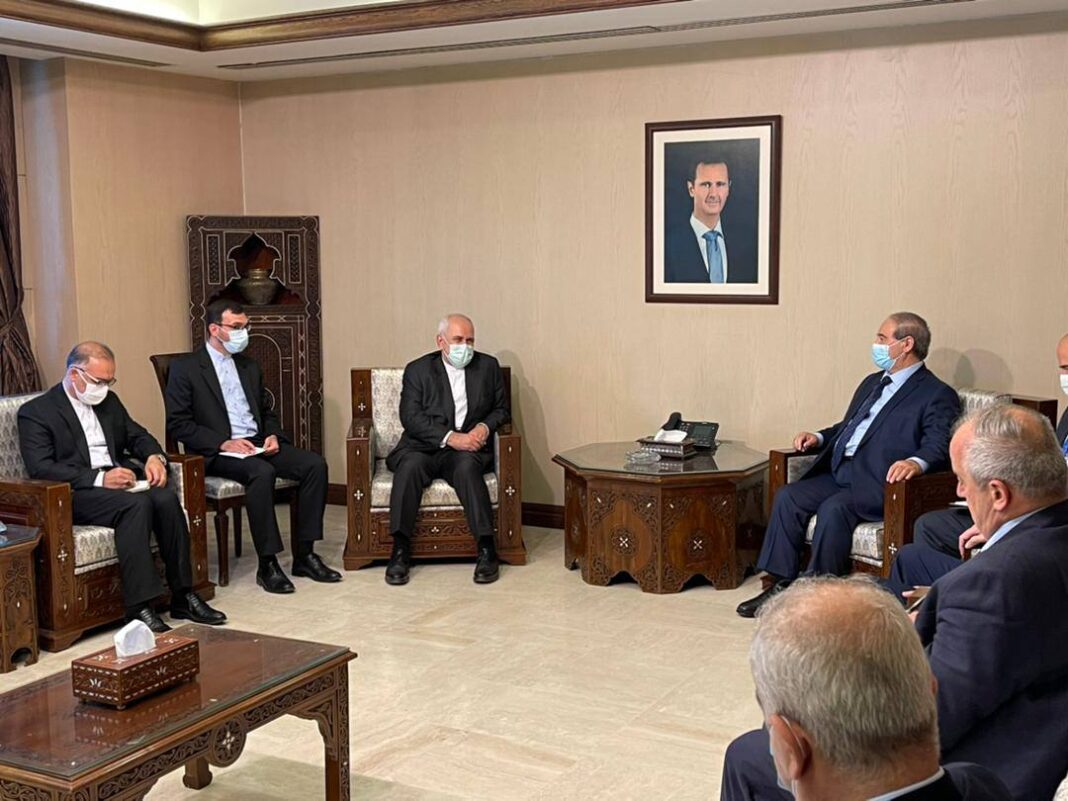 Iran's Foreign Minister Mohammad Javad Zarif, who is on a visit to Syria, held talks with his Syrian counterpart Faisal Mekdad on Wednesday.

In this meeting, Foreign Minister Zarif expressed pleasure with his trip to Syria ahead of the country’s presidential elections, especially at a time when the Zionist regime’s vulnerability to the Palestinian people’s righteous resistance has become clear.

Zarif further reviewed Iran-Syria relations in various political and economic fields, and expressed Tehran’s support for the Syrian nation and government against the inauspicious phenomena of extremism and terrorism.

The Iranian Foreign Minister also expressed pleasure with the Syrian government’s accomplishments in resisting the US’ economic terrorism and its anti-Syria sanctions, and said, “Unfortunately this terrorism has spread to the medical sphere today, and is depriving the Iranian and Syrian people of COVID-19 vaccine.”

Cooperation between Tehran and Damascus in the economic and cultural fields, and the opening of Iran’s consulate-general in Syria’s Aleppo and then in Latakia given the Syrian president’s approval were among other topics raised by the Iranian top diplomat in this meeting.