US Sanctions ‘A Crime in True Sense of Word’: Iran Leader 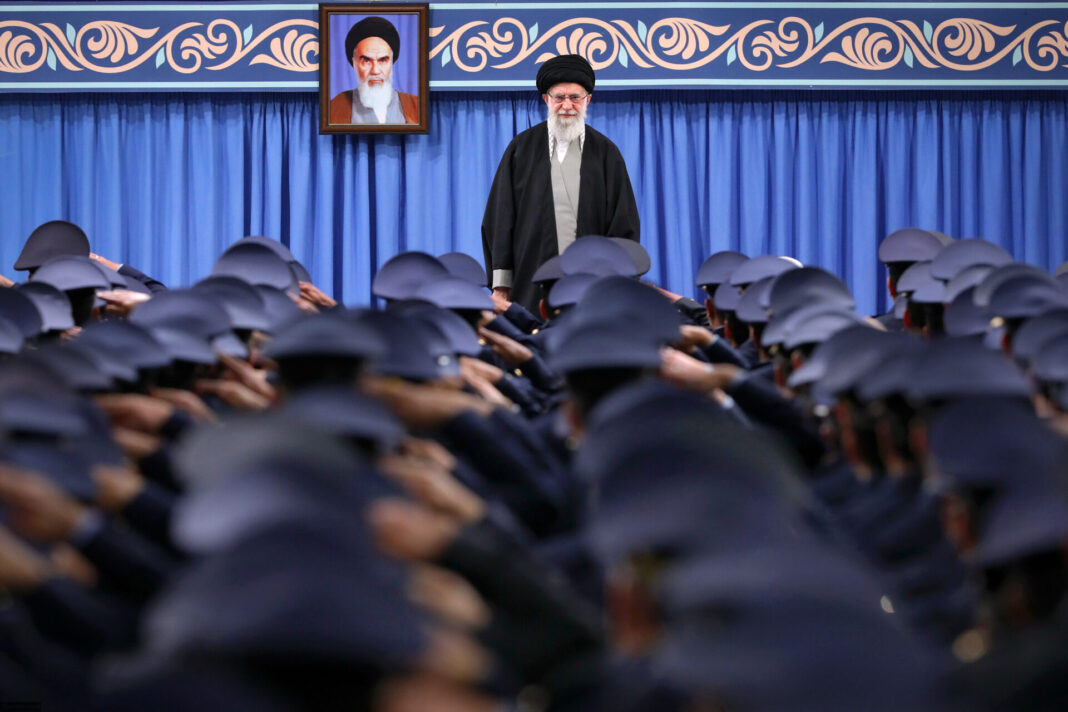 Leader of Iran’s Islamic Revolution Ayatollah Seyyed Ali Khamenei has described the US sanctions as a true instance of “crime”, urging the country’s officials to cut Iran’s dependence on oil revenues in a bid to counter the impacts of sanctions.

“We’ve been under sanctions since the beginning of the [1979] Revolution. The sanctions have continued more severely and exacerbated in recent years. And they are proud to have imposed the harshest sanctions even against the Islamic Republic,” Ayatollah Khamenei said on Saturday.

“This sanction is a crime in true sense of the word; that is an important threat condemned by the world’s public opinion. That’s because it is not a matter of the US sanction itself; it’s the matter of Washington’s imposition of coercive sanctions against others,” he noted.

The Leader made the remarks in a meeting with a group of Iranian Air Force commanders and personnel in Tehran on the anniversary of Iran Air Force personnel’s historic allegiance with Imam Khomeini in 1979. The meeting is viewed as a turning point which led to the victory of the Islamic Revolution three days later, sealing the fate of the US-backed Pahlavi regime in Iran.

“This sanction can be an opportunity; it has already created many opportunities for us, and can create a big chance for us in the future. If we officials act vigilantly, it can save our country’s economy from dependence on oil and rid the economy of oil,” he added.

He said he has received reports from the country’s defence officials that “a number of fighter jets or passenger planes have been repaired, overhauled, and that has generated huge amount of money.”

“When were these made possible for our Air Force? When it stopped pinning its hope on others; when others threatened us and said they won’t give, sell, and let us have them anymore,” Ayatollah Khamenei added.

The Leader referred to the military equipment purchased from the US before the 1979 Revolution, and said the US military companies have refused to deliver the goods to Iran and are still keeping them in their warehouses.

“Interestingly, a few years ago, they even asked for money in return for keeping them in their warehouses! These are the goods that they have been paid for: they refuse to deliver the good, and they even demand money for storing the equipment.

“This means they don’t want the Islamic Republic of Iran to have an efficient Air Force; however, the result [of these pressures] is that our Air Force – which could not and was not allowed to even repair a part of a jet fighter or passenger plane – is now building the entire plane.”

“This means Iran has turned threat into opportunity; turned danger into profit,” he added.

The Leader further noted that Iran “should be strong to prevent any war against the county. Being weak will encourage our enemies to attack Iran.”

The Islamic Republic has developed its own “sophisticated” means of defence in response to the enemy’s use of increasingly advanced measures against Iran, he added.