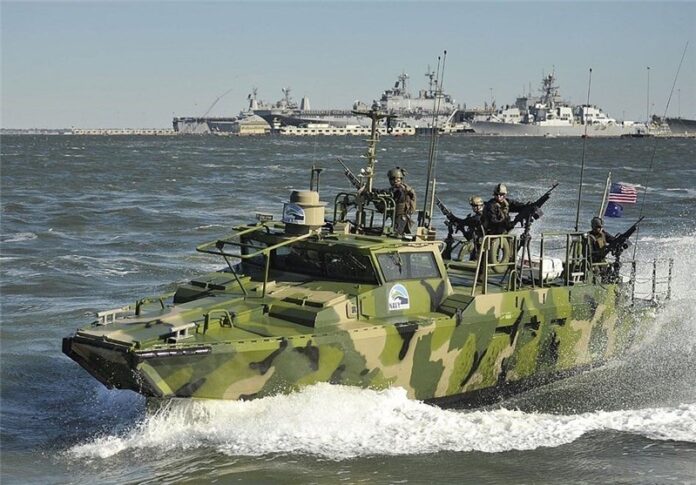 10 US troops who were arrested by the IRGC Navy Tuesday in Iran’s territorial waters are expected to be released soon, the Islamic Revolution Guards Corps Navy Commander Rear Admiral Ali Fadavi announced.

The two American vessels that were seized near Iran’s island of Farsi in the Persian Gulf had inadvertently drifted into the country’s waters, Rear Admiral Fadavi said, noting that the captured sailors will be probably released.

“The two US combat vessels had entered into Iran’s territorial waters because of a failure in their navigation systems, and the issue (illegal entry) is being settled,” he explained.

The commander noted that it will not take a long time for receiving the “necessary orders for the final action.”

He also pointed to “good interaction between the military and diplomatic organizations” in Iran, saying a process in underway to address the case.

Earlier in the morning, Rear Admiral Fadavi had touched on the diplomatic contacts about the incident, saying Foreign Minister Mohammad Javad Zarif has adopted a “firm stance” when US Secretary of State John Kerry made a phone contact with him.

Foreign Minister Zarif has made it clear that the US sailors had entered into Iran’s territorial waters and that the US needs to “make and apology,” the commander had explained.

It came after reports that the top Iranian diplomat has assured Kerry that the US vessels will be allowed to go their way soon.

The Iranian foreign minister told his American counterpart in a telephone conversation that “the US sailors would be allowed to continue their journey promptly”, Reuters had quoted a senior Obama administration official as saying on Tuesday.

10 armed US navy troops -nine men and one woman on board two military vessels- were captured near the Iranian island of Farsi in the Persian Gulf on Tuesday.