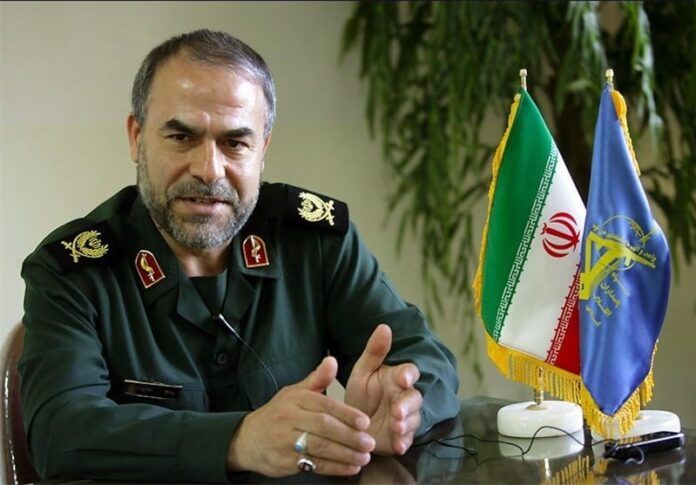 Iran’s Islamic Revolution Guards Corps has warnned the US of the consequences of its Saturday strikes on Syria.

Brigadier General Yadollah Javani, Head of the Political Bureau of IRGC, said the US should wait for the fallout of its strikes on Syria.

“The move by the US and its allies- the UK and France- to carry out air strikes on Syria is illegitimate and a flagrant violation [of Syria’s sovereignty],” he was quoted as saying in a Farsi report by Fars News Agency.

He underlined that the strikes come at a time when a fact-finding mission was about to visit Syria and verify the US’ claim that Syrian army had used chemical weapons against the militants in Douma.

“Damascus had already prepared the ground for the visit of the fact-finding mission to Syria. The strikes disprove the false claim by the US about Syria’s chemical attack,” he noted.

The IRGC official went on to say that the US was seeking to use the final report of the fact-finding mission as a pretext to carry out an attack on Syria.

“The US was worried that the final report of the mission would stand in stark contradiction with its claim about Syria chemical attack, depriving it of a good pretext to attack Syria.”

The general underlined that the US-led strikes on Syria will only make the current situation in the region more complicated which will not be certainly in the interests of the US.

“The US officials should be held accountable for the regional consequences of the US-led airstrikes on Syria.”

The head of the political bureau of IRGC emphasized that such strikes will not undermine the resistance front.

“Instead, they will strengthen the front and provide it with more room to cope with the foreign powers’ interference in the internal affairs of the regional states.

He made the remarks in reaction to the coordinated missile attack by the US, Britain and France on Syria in the early hours of Saturday over an alleged chemical attack in the Damascus suburb last week.

International reactions are still pouring in following the US-led airstrikes on Syria.

Iran vehemently condemned the attack calling it a violation of international law. Iranian Foreign Ministry Spokesman Bahram Qassemi warned in a statement against the repercussions of such an act of aggression against an independent country.

Earlier, Russia warned of the consequences of the attack. Russia’s US ambassador warned that ‘such actions will not be left without consequences.’ Meanwhile, Russian Defence Ministry announced that over 100 missiles fired at Syria, ‘significant number’ intercepted. The Ministry underlined that Russia’s air defence system was not involved in intercepting US-led missile attack.

According to the Ministry, the strikes came at a time when Syrian army was making progress in its fight against the terrorists.

A Russian lawmaker said Russia will likely call for a UN meeting on Syria.

Meanwhile, Amnesty International warned that the airstrikes should minimize harm to Syrian civilians.

The NATO Secretary General expressed the alliance’s support for the coordinated attacks. Jens Stoltenberg also called for a collective and effective international response to Syria’s alleged use of chemical weapons.

The Canadian Prime Minister has also expressed support for the airstrikes, saying Ottawa will continue to work with its international partners to further investigate the use of chemical weapons in Syria.

Turkey has welcomed the US-led airstrikes and said it was informed ahead of the strikes. A  Turkish foreign ministry source described the airstrikes against Syria as an “appropriate” response.

Meanwhile, in a joint press conference in Paris between French Defence and Foreign Ministers, the two sides said the strikes were aimed at chemical structures of Syria. French foreign minister called the strikes “legitimate”. France presidency announced in a statement that French air strikes in Syria are over but military ready to act upon request.

Lebanon’s Hezbollah said US war against Syria, region and ‘resistance movements’ will not achieve its goals.

An Israeli cabinet minister said the US-led airstrikes on Syria is a clear signal to Iran, Syria and Hezbollah.

Earlier, the UN Chief António Guterres urges restraints after the strikes on Syria.

The Saturday strikes by the US marked the second time that President Donald Trump has authorized attacks on Syria.

He had ordered a missile strike against Shayrat Airbase in Syria’s Homs Province on April 7, 2017.

He claimed back then that the air field had been the origin of a suspected Sarin gas attack on the town of Khan Shaykhun in Syria’s Idlib Province on April 4, 2017.