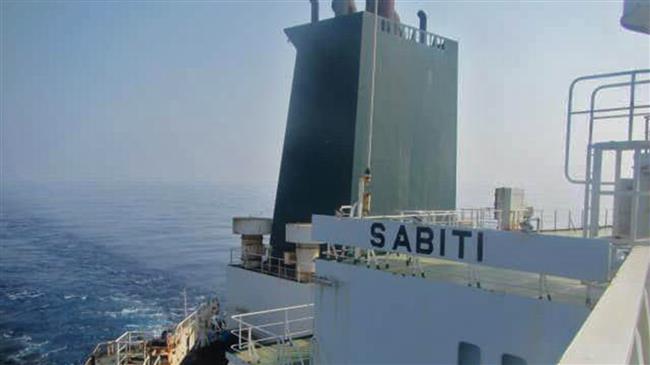 Iran's Foreign Ministry has warned again that the United States will itself bear the responsibility for any foolish act that it could take against Venezuela-headed Iranian fuel tankers, saying Washington cannot come in the way of legitimate trade among independent countries.

“The US itself will have to suffer the repercussions that arise out of any unthinking measure [that it could take] against the Iranian vessels,” ministry spokesman Abbas Mousavi told reporters during a press briefing in Tehran on Monday.

“Should the Americans take any measure against our vessels’ free and legal movement around, they would face our decisive response,” he warned.

If Washington “does not like a country, this does not give it any grounds to prevent legal trade among countries, [take them under] sanctions, and cause trouble for them,” the official noted.

The Islamic Republic, he said, has delivered a clear caution against any potential American mischief through the Swiss Embassy in Tehran that represents Washington’s interests, the Iranian mission to the United Nations, and also a letter by Foreign Minister Mohammad Javad Zarif to UN Secretary-General Antonio Guterres.

Meanwhile speaking to Press TV, an Iranian military official echoed a similar warning, noting that Iran reserved the right to respond duly to and retaliate any action to target its oil tankers sailing through international waters towards Venezuela.

“International waters should remain safe either for all oil tankers or none,” the military official spoke on the condition of anonymity.

Vessel tracking data have reportedly suggested that an Iranian tanker that had loaded fuel at Bandar Abbas port in southern Iran at the end of March, sailed through the Suez Canal and entered the Atlantic on Wednesday.

An unnamed official with the US administration that has brought both Iran and Venezuela under sanctions, however, told Reuters on Thursday that the shipment was “unwelcome,” claiming “we’re looking at measures that can be taken.”

Iranian vessels are bound for Venezuela carrying fuel shipments, Mousavi said, noting that the undertaking faces no legal prohibitions. The development is completely legitimate as opposed to maritime piracy “which is [something that is] mastered by the US.”

Last July, the UK seized an Iran-operated supertanker with US instructions, attacking the vessel in the Strait of Gibraltar. Gibraltar’s government, however, released the vessel in August notwithstanding the US bans.

Iran not counting much on Europe

The official also said Europe had already taken too long to duly cooperate with Iran despite the sanctions that the US returned in 2018 after illegally leaving a historic nuclear deal between Tehran and world powers.

“We are still critical of the Europeans’ inaction and cannot count on them much. We, ourselves, have to take matters further,” he said, but noted that Tehran would still engage in interactions with them.

The spokesperson separately addressed the issue of the US and Israel’s unease with Iran’s military advisory presence in Syria.

The Iranian activities “are none of the US and the Zionist regime [of Israel]’s business,” he said, adding that Tehran would keep providing Damascus with the advisory support as long as it was required to.

Mousavi also addressed the issue of regional relations and reports that Iraqi Prime Minister Mustafa al-Kadhimi’s has expressed willingness to mediate between Iran and Saudi Arabia. Tehran and Riyadh have been without diplomatic relations since 2016.

He said the countries of the region “will not find any better friend than Iran,” noting that Tehran is always open to direct or mediated dialog towards alleviation of any misunderstandings with regional states.

Mousavi also announced that Leader of the Islamic Revolution Ayatollah Seyyed Ali Khamenei will be addressing “millions across the world” on this year’s Quds Day.

The last Friday of every Ramadan has been called so by the late founder of the Islamic Republic, Imam Khomeini, when millions-strong rallies are held worldwide to denounce Israel’s daily aggression against Palestinians.