Iran Front Page
Home Politics Foreign Policy US Refused to Back Off from Its ‘Hostile’ Stances in Vienna: Iran 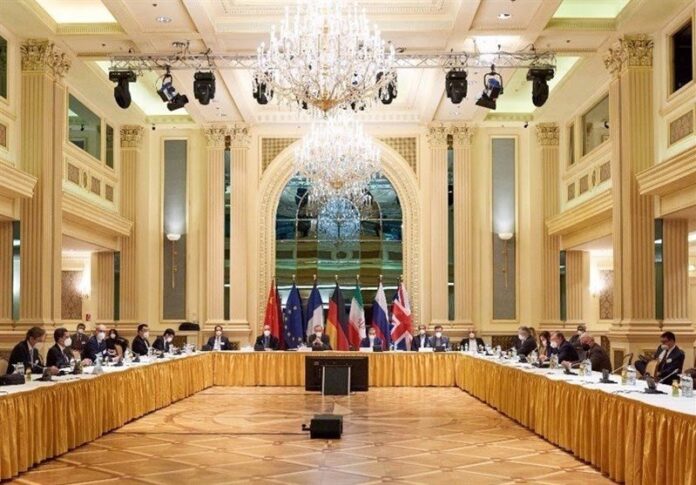 Iran’s envoy to the International Atomic Energy Agency (IAEA) says the United States had refused to back off from its hostile stances in the course of the Vienna talks aimed at reviving the 2015 Iran nuclear deal.

According to Kazem Gharibabadi, in contravention to UN Security Council Resolution 2231, the US has refused to revoke the Executive Order pertaining to the anti-Iran arms embargo.

He said the US has refused to lift its sanctions against 500 individuals and companies and to suspend its CAATSA law.

Gharibabadi said the US has also refused to give guarantees that it will not re-quit the deal, as it did in 2018.

The Iranian envoy said the US refused to discuss damages caused to Iran as a result of Donald Trump’s withdrawal from the JCPOA, and that it had excessive demands beyond the JCPOA.

Gharibabadi noted that the US has tied the agreement to future talks on regional issues, and specifically subjected the lifting of IRGC’s Foreign Terrorist Organization designation to regional talks.

Gharibabadi said the US and western countries’ behaviour shows that they still seek to use these talks as a bridge to unrelated topics such as regional and missiles talks, turning them into an integral part of the JCPOA.

He said the talks haven’t been concluded and based on diplomatic norms, there won’t be any agreement unless there is an agreement on everything.

He stressed that the talks must be on nuclear issues, and that Iran’s missile program and regional presence are not negotiable.

He also noted that while we should focus on lifting the sanctions, neutralising them should be seriously considered so that sanctions as a policy tool is taken from the US.